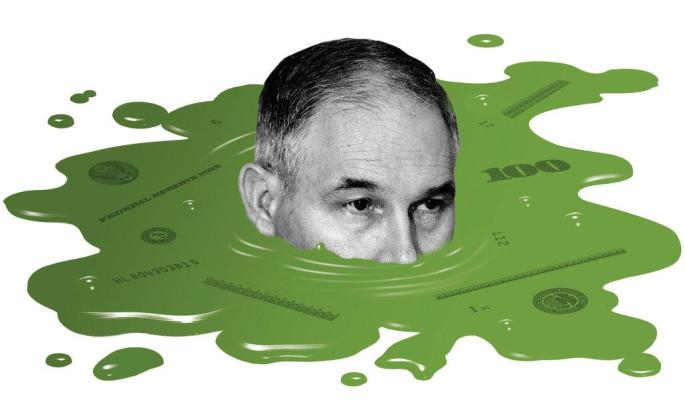 Despite stiff competition, Scott Pruitt, the administrator of the Environmental Protection Agency, is by common consensus the worst of the ideologues and mediocrities President Trump chose to populate his cabinet. Policies aside — and they’re terrible, from an environmental perspective — Mr. Pruitt’s self-aggrandizing and borderline thuggish behavior has disgraced his office and demoralized his employees. We opposed his nomination because he had spent his career as attorney general of Oklahoma suing the federal department he was being asked to lead on behalf of industries he was being asked to regulate. As it turns out, Mr. Pruitt is not just an industry lap dog but also an arrogant and vengeful bully and small-time grifter, bent on chiseling the taxpayer to suit his lifestyle and warm his ego.