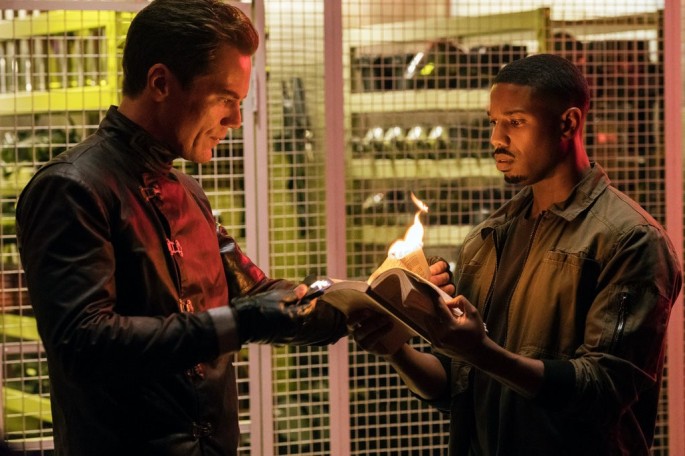 Bradbury feared memory loss. Today we have designated Google and our social-media accounts as the guardians of our memories, emotions, dreams and facts. As tech companies consolidate power, imagine how easy it could be to rewrite Benjamin Franklin’s Wiki entry to match what the firemen in Bradbury’s novel learn about the history of the fire department: “Established, 1790, to burn English-influenced books in the Colonies. First Fireman: Benjamin Franklin.” In his way, Bradbury predicted the rise of “alternative facts” and an era of “post-truth.”

As the virtual world becomes more dominant, owning books becomes an act of rebellion. When a printed book is in your possession, no one can track, alter or hack it. The characters in my film have never seen a book. When they first encounter a library, the books are like water in a vast digital desert. Seeing, touching and smelling a book is as alien to the firemen as milking a cow by hand would be for most of us. The firemen are transfixed by the books — but they still have to burn them.

Burning books in the film posed a legal challenge. The cover art of most books is protected by copyright, and in most cases we were unable to obtain permission to display it — let alone burn it on camera. So the art directors for my film designed countless original book covers that we could burn.

The question was: Which books? There were always more I wanted to burn than we had time to film. I knew I wanted to include some of my favorites, like “Crime and Punishment,” “Song of Solomon” and the works of Franz Kafka. But we had to burn more than just fiction. Herodotus’ “Histories” — history itself — was incinerated. Pages of Emily Dickinson, Tagore and Ferdowsi’s poetry crumbled into black ash. Hegel, Plato and Grace Lee Boggs’s philosophy were set on fire. The firemen discriminate against no one: Texts in Chinese, Hindi, Persian and Spanish all burned. A Mozart score, an Edvard Munch painting, magazines, newspapers, photographs of Sitting Bull, Frederick Douglass and the 1969 moon landing went up in smoke.