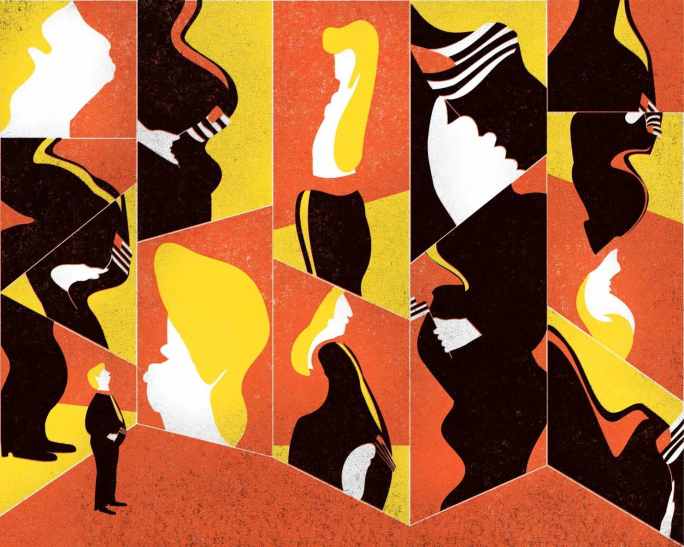 (André da Loba for The Washington Post)
By Aaron Hanlon
Aaron Hanlon is an assistant professor of English at Colby College.

Postmodern theory may be the most loathed concept ever to have emerged from academia. Developed within literature and philosophy departments in the 1970s, it supposedly told us that facts were debatable, that individual perspectives mattered most, that shared meaning was an illusion and that universal truth was a myth.

The right quickly identified these notions as a danger to the very foundations of society and spent decades flogging the university lefties who promoted them. In “Tenured Radicals,” Roger Kimball accused academic theorists of trying to redefine the traditional humanities as “a species of political grievance-mongering” for which virtue equals “whatever sexual, feminist, Marxist, racial, or ethnic agenda to which the particular critic has declared his allegiance.” Norman Podhoretz believed that postmodernism was an attack on moral order. More recently, Victor Davis Hanson faulted postmodernism for President Barack Obama’s handling of health care legislation, writing, “In the gospel of postmodern relativism, what did it matter if the president of the United States promised that Obamacare would not alter existing health-care plans when it was clear that it would?”

Later, centrists and liberals searching for a culprit behind the ascent of Donald Trump and the war on fact that surrounds him joined the conservative crusade. Michiko Kakutani, the cultural critic and author of “The Death of Truth,” blames the relativism that facilitated Trump’s rise on “academics promoting the gospel of postmodernism.” Lamenting the state of American politics under Trump, philosopher Daniel Dennett said in an interview last year, “I think what the postmodernists did was truly evil.” And when Rudy Giuliani recently told NBC’s Chuck Todd that “truth isn’t truth,” Vox claimed that it wasn’t “the first time Trump’s legal team has played postmodernist and hinted that it might be too hard to discern the truth because it’s all relative anyway.

These challenges to postmodern theory did identify an important crisis: Losing a shared vocabulary for the world’s problems, for the way we relate to one another and for current events may be the greatest threat to American society. What did it mean that the pro-life movement could fashion itself as an avatar of women’s empowerment or that a white woman like Rachel Dolezal could simply declare that she is black?

Yet these problems were exactly what worried postmodern theorists. Their project was an attempt to understand why people had begun to interpret material facts so differently. And while their answers may not have been the final word, we might still learn from them , if we weren’t so attached to a misunderstanding of what they had to say.

We get the term “postmodern,” at least in its current, philosophical sense, from the title of Jean-François Lyotard’s 1979 book, “The Postmodern Condition: A Report on Knowledge.” It described the state of our era by building out Lyotard’s observations that society was becoming a “consumer society,” a “media society” and a “postindustrial society,” as postmodern theorist Fredric Jameson points out in his foreword to Lyotard’s book. Lyotard saw these large-scale shifts as game-changers for art, science and the broader question of how we know what we know. This was a diagnosis, not a political outcome that he and other postmodernist theorists agitated to bring about.

Subsequently, “postmodernism” would come to describe a range of theories about the character of language and of knowledge in the world. Drawing on developments in fields from linguistics to cybernetics, Jacques Derrida’s concept of “deconstruction” sought to understand language as a system capable of constantly hiding and deferring meaning, rather than a simple conduit for conveying it. Another thinker, Jean Baudrillard, developed the concept of the “simulacrum,” a copy without an original, that leads to the “hyperreal,” a collection of signs or images purporting to represent something that actually exists (such as photos of wartime combat) but ultimately portraying a wild distortion not drawn from reality. Each of these concepts was an attempt to identify trends that, according to postmodern theorists, were changing our understanding of language, truth and knowledge. Marx had written, “Philosophers have hitherto only interpreted the world in various ways; the point is to change it.” But philosophers of postmodernity inverted that goal, seeking mainly to interpret it.