Does the appointment of Mr. Whitaker comport with the Appointments Clause of the Constitution or the Federal Vacancies Reform Act of 1998? Doesn’t the law give control of the department to Rod Rosenstein, the deputy attorney general who appointed Mr. Mueller and oversaw the investigation because Mr. Sessions had recused himself?

To add to the academic discussion, the Justice Department’s own Office of Legal Counsel, which weighs in on major legal questions, gave its imprimatur to Mr. Trump’s decision on Wednesday. Now the state of Maryland and at least one criminal defendant are challenging the legality of Mr. Whitaker’s appointment in hopes that a federal judge will declare it invalid.But all of this debate, hairsplitting and litigation distracts from a more persistent question: Is it O.K. for a president to shut down an investigation of himself? To answer that question yes is to take the position that not only this president, but any president in the future, is free to take the law into his own hands.

Mr. Whitaker is an avowed antagonist of Mr. Mueller — he has called the investigation a witch hunt, said Mr. Mueller’s team should not investigate Mr. Trump’s finances and suggested that an attorney general could slash the special counsel’s budget.

As if concerns about the Constitution, the law and Mr. Whitaker’s judgment weren’t enough, the broader picture that has emerged about Mr. Whitaker is even more disturbing. He has expressed skepticism toward Marbury v. Madison, the landmark case that established the concept of judicial review; he would support the confirmation of federal judges who hold “a biblical view of justice”; he may have prosecuted a political opponent for improper reasons when he was a federal prosecutor in Iowa; and then there’s the fiasco of his business involvement with a company accused of scamming customers that is being investigated by the F.B.I.

Justice Department regulations governing the day-to-day operations of the special counsel’s office allow for Mr. Whitaker to be read in on many of its inner workings, including that the acting attorney generalbe given “an explanation for any investigative or prosecutorial step” that Mr. Mueller decides to take. So there is nothing to keep Mr. Whitaker from being the president’s eyes and ears inside the most closely guarded investigation in the history of American politics.

On Thursday morning, the president rage-tweeted that Mr. Mueller was a “highly conflicted” person, leading a legal team that is “a total mess.” “They are screaming and shouting at people, horribly threatening them to come up with the answers they want,” 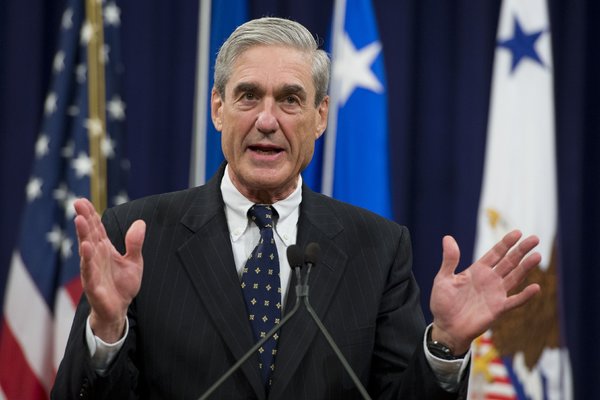 Mr. Trump has reason to be worked up. On Wednesday, Mr. Mueller’s office told a federal judge that Rick Gates, the former deputy chairman of the Trump campaign, was still cooperating in “several ongoing investigations” and asked to delay Mr. Gates’s sentencing on charges — unrelated to the campaign — to which he had already pleaded guilty. On Monday, Mr. Trump’s former lawyer and fixer, Michael Cohen, who has also pleaded guilty to unrelated charges and is cooperating with Mr. Mueller, arrived in Washington with his criminal defense lawyers. A friend of the longtime Trump adviser Roger Stone said on Monday that Mr. Stone expected to be indicted on charges of lying to Mr. Mueller’s team. Mr. Trump announced on Friday that he was finished drafting written answers for the special counsel, who, for months, has sought the president’s testimony in key aspects of his inquiry.

So it’s understandable that Mr. Trump would want an ally to exercise control over prosecutors who are making his life a nightmare. This is only his latest effort to scuttle the investigation of ties between his campaign and Russia. Mr. Mueller owes his own appointment and mandate to the president’s firing of James Comey, the former F.B.I. director — one of Mr. Trump’s most overt attempts to interfere with an investigation that has haunted him since he took office. He has also moved to fire Mr. Mueller, only to be thwarted by more sensible aides.

Congress could pass a law to prevent the president from firing Mr. Mueller, but Mitch McConnell, the Senate majority leader, has shown no interest in doing that.

As Mr. Trump continues to work to undermine this investigation, Mr. McConnell and his fellow Republican leaders should pause to consider the standard, and the precedent, they are at a growing risk of setting.