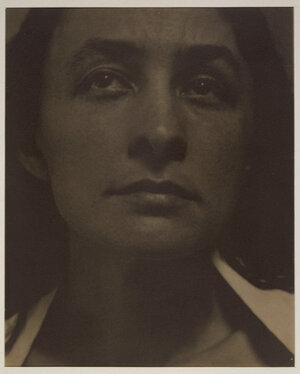 The Library of Congress has announced the acquisition of a trove of letters from Georgia O’Keeffe — photographed here by her husband, Alfred Stieglitz.

Imagine Georgia O’Keeffe needing “luck” to paint a flower. But there it is, in the artist’s twirling calligraphy, in a letter to her friend, documentary filmmaker Henwar Rodakiewicz.

The letter is in a never-before-seen trove of O’Keeffe’s correspondences newly acquired by the Library of Congress. In this particular 1936 letter, O’Keeffe writes about an “order for a big flower painting” for cosmetics executive Elizabeth Arden. Though she’d been painting flowers for years, this commission stood to expose her to a much wider audience.

Barbara Bair, manuscript curator with the Library of Congress, says this was an important step toward O’Keeffe becoming more independent as an artist. Up to that point, her artistic career was mostly managed by her husband, the photographer and art promoter Alfred Stieglitz.

“The Arden commission is seen as significant for where it would be shown — a salon for women,” Bair says. “Women became O’Keeffe’s biggest fans and patrons. Arden, who had money, was endorsing her.” Bair adds that it was the first commercial commission O’Keeffe completed: “And it was a big success.” 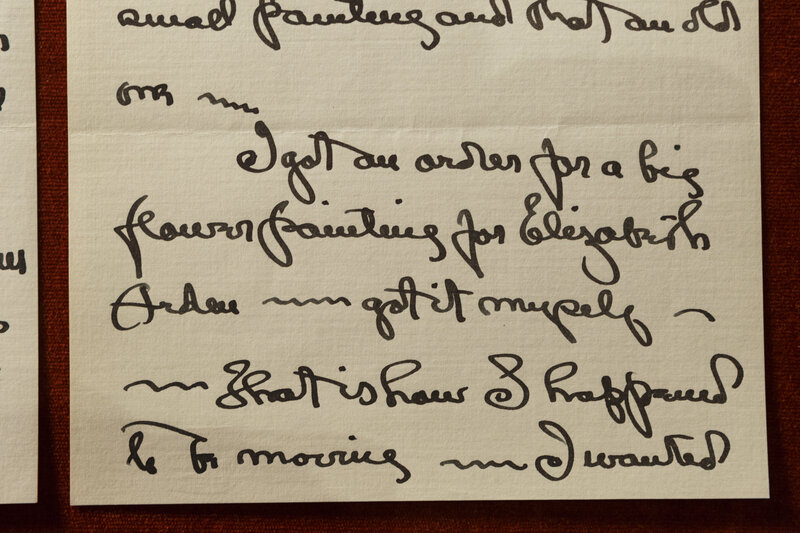 The result was “Jimson Weed,” currently on display at the Indianapolis Museum of Art, for which O’Keeffe was paid $10,000 — a large sum at the time, especially considering it was during the Great Depression. Soon, O’Keeffe had another commercial job, painting in Hawaii for a Dole Company promotional campaign.

The collection, which also includes letters Stieglitz wrote to Rodakiewicz, were discovered by a couple as they cleaned out a new home they’d purchased in Santa Fe, N.M. The house belonged to the filmmaker’s widow. 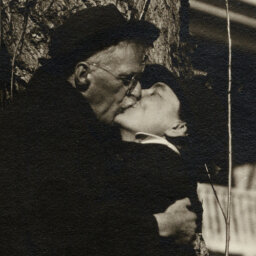 Stieglitz And O’Keeffe: Their Love And Life In Letters 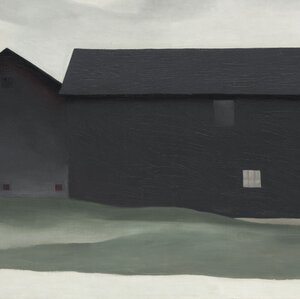 “Over the course of going through what was left behind,” Bair says, “they found in a closet a box of Sunsetmagazines. In the box was a manila envelope [containing the letters].”

After O’Keeffe met Rodakiewicz in Taos, N.M. in 1929, the three (including Stieglitz) became friends and traveled in the same artistic circles. For Bair, this stash of O’Keeffe’s letters, spanning 1929-1947, captures a time of great transition as the artist splits her time between the East Coast and the Southwest.

Bair notes that in 1933, O’Keeffe went through a period of severe depression and was unable to paint. In February 1934, she wrote to Rodakiewicz:

The letters also reveal the importance of natural beauty to O’Keeffe’s work. The colors of her outdoor settings naturally impacted her art: the greens of Lake George, N.Y.; the black and white of New York City. Bair says the reds and other colors of New Mexico “revived her artistic juices.”

“She feels at home in the desert,” Bair says. “Her soul expands there. She picks up new subject matter — skulls, the desert landscape. She responds beautifully to the Southwestern landscape.”

In a letter from 1944, O’Keeffe describes the view from her New Mexico home near the mountain of Cerro Pedernal — the inspiration for many of her paintings.