My only complaint is that Stamberg in all of her thorough research didn’t mention that Charles Bukowski spent a lot of time getting drunk in Musso & Frank Grill after leaving the last race at Santa Anita.  rŌbert 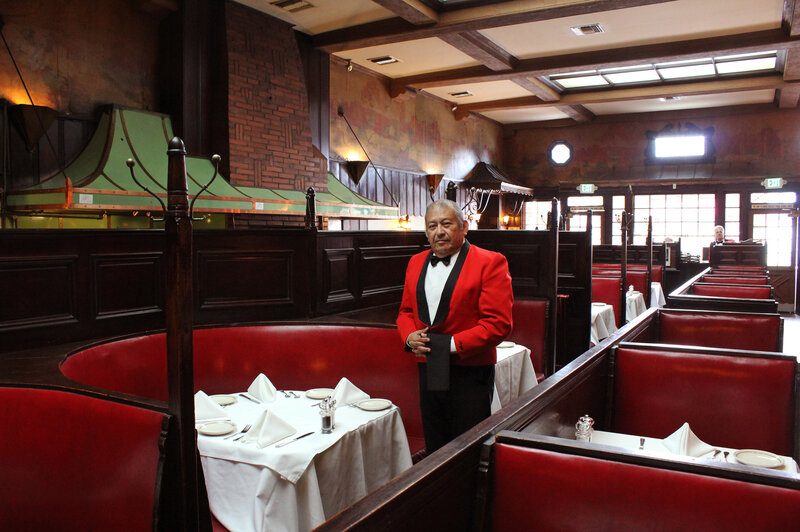 The legendary Musso & Frank Grill on Hollywood Boulevard opened before there was a Hollywood sign. For 100 years now, stars, studio heads and writers have settled into the restaurant’s red leather banquettes to negotiate, gossip, drink and eat.

Anyone who has dined at Musso’s has an opinion about it — and after 100 years, that adds up to a lot of opinions. They include: “It’s our favorite place to go for special events,” and “We go for the martinis, not the food” and “The food’s not bad, especially the chicken pot pie every Thursday.” 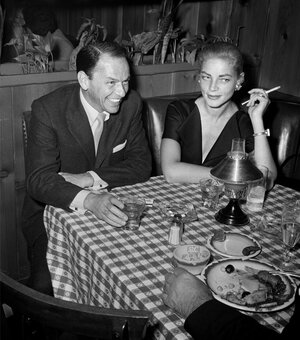 Frank Sinatra and Lauren Bacall have a drink at Musso & Frank Grill in 1957.

Musso’s specializes in comfort food from an earlier generation — some dishes have been on the menu for decades. You can order tongue, calf liver, lamb kidneys, sweetbreads or sauerbraten. (When Keith Richards of the Rolling Stones is in Los Angeles, he gets the liver and onions.)

Welsh rarebit, another old-school dish, is not for calorie-counters. It’s a melted cheddar cheese sauce spiked with beer, mustard, Worcestershire and Tabasco sauce poured over toast points and served on a platter with a big spoon. (There are tomato slices on the side for the dieters at the table.) Some people order the rarebit without really knowing what it is, says server Sergio Gonzalez. “Where’s the rabbit?” they ask.

The menu has been lightened up over the years, according to Musso’s fourth-generation owner/operator Mark Echeverria. But the dishes that last the longest are the comfort foods. “People want to know they can come into a restaurant and get that dish that they had 30 years ago,” he says.

Generations of stars and filmmakers have been Musso regulars — George Clooney and Brad Pitt eat here, and decades earlier you might have run into folks like Raymond Chandler, Dashiell Hammett, Dorothy Parker, Ernest Hemingway and William Faulkner.

Echeverria says Musso’s started as a writer’s hangout. (F. Scott Fitzgerald would mix his own mint juleps behind the bar.)

“The Screen Writers Guild was actually across the street, and back in the ’20s and ’30s these studios were hiring novelists to come and write screenplays,” Echeverria explains. But the movie moguls didn’t always like the scripts — and the writers didn’t always like the changes. So? “The novelists would come to the Screen Writers Guild to complain and then walk across the street and get drunk at Musso’s,” Echeverria says. 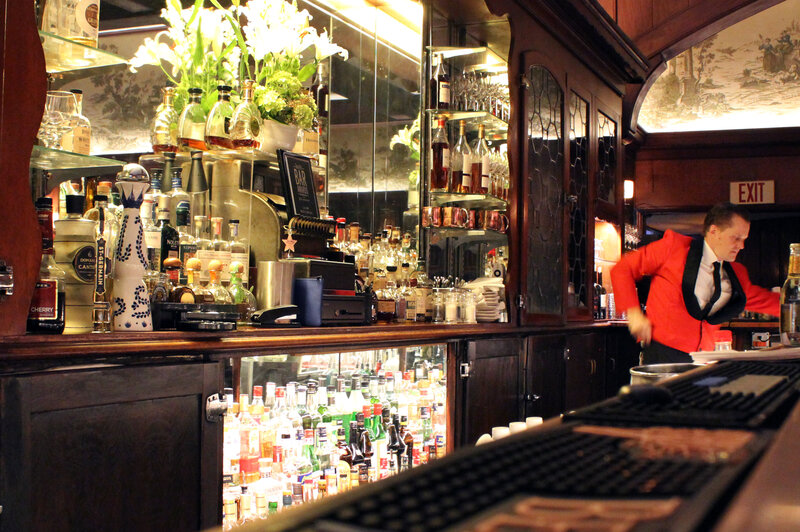 Film and TV people still come to Musso’s, especially on Thursdays for the chicken pot pie. Gonzales has served them for 47 years — almost half the life of the place. Gonzales, now 66, just works lunches. It’s good exercise, he says, but hard on the feet — “You have to wear the right shoes,” he says.

For a century now, through droughts, downpours, mudslides, fires and earthquakes, there’s been Musso & Frank’s Grill. In 1994, a friend of mine was working nearby during the Northridge earthquake — the town was terrified. After work, he went to dinner at Musso’s, where it was business as usual. The place was packed, he said; apparently everyone needed comfort food that night.