California Senator Kamala Harris’ pointed questioning of Attorney General Bill Barr during this week’s Senate Judiciary Committee hearings garnered a lot of attention. Not only because Harris asked questions with unflinching precision but because she left Barr with no choice but to obfuscate about whether or not President Donald Trump or other White House officials “asked or suggested” Barr open an investigation into anyone.

On Friday, Harris sent a letter to the Justice Department’s inspector general Michael Horowitz asking for an investigation into the matter. According to CNN, Harris said in the letter that, “Such inappropriate requests by the President have been well documented. Special Counsel Mueller … documented a disturbing pattern of behavior on the part of the President—repeated attempts to target his perceived opponents.” 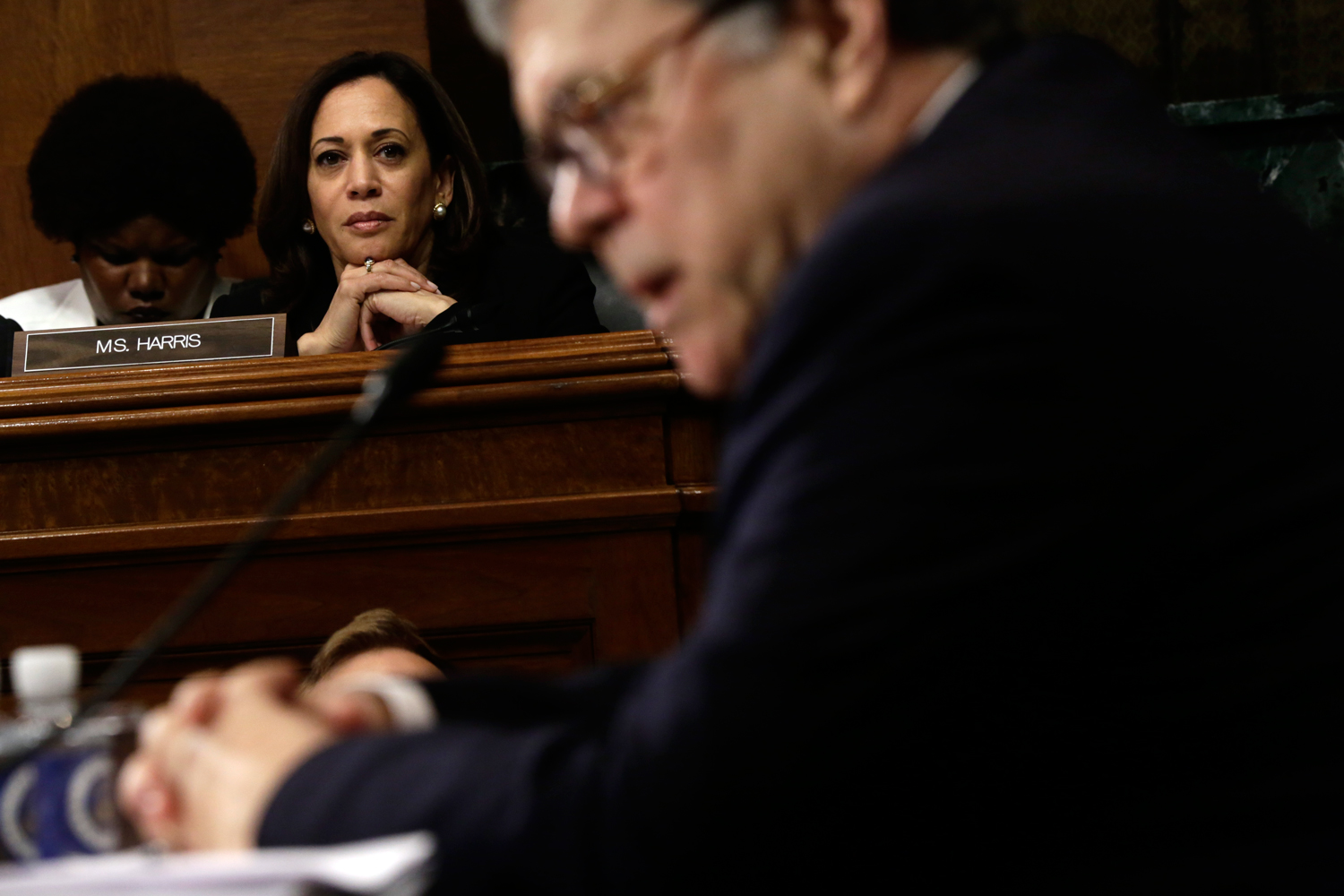 This Is Working for William Barr

The letter continued: “There must be no doubt that the Department of Justice and its leadership stand apart from partisan politics, and resist improper attempts to use the power of federal law enforcement to settle personal scores.”

Harris appeared on MSNBC’s Rachel Maddow show later that night, and Maddow asked the Democratic 2020 presidential candidate: “Do you believe that it’s possible that [Barr has] been getting direction from the White House or from the president about opening investigations into the president’s perceived enemies?”

Harris answered flatly, “Based on his non-response, I am now suspicious.” She went on to say that is why she sent the letter to the inspector general requesting an investigation.

“The Attorney General is supposed to act on behalf of the people and not act as the president’s henchman,” Harris added.

Harris then hammered Barr’s overall testimony in front of the committee and his previous statements and actions.

“The issue that is really at play is the integrity of our system of justice, literally. This is the top law enforcement and top law official of the United States Department of Justice who through his testimony and then all of the weeks leading up to him testifying before us has called into question his integrity,” Harris said.