Mac Rebennack, the New Orleans pianist, singer-songwriter and producer better known as Dr. John, died Thursday at the age of 77. The cause of death was a heart attack, according to his family.

“Towards the break of day on June 6, 2019, iconic music legend Malcolm John Rebennack, Jr., professionally known as Dr. John, passed away of a heart attack,” his family said in a statement. “As a Rock N Roll Hall of Fame inductee, six-time Grammy winner, songwriter, composer, producer and performer, he created a unique blend of music which carried his hometown, New Orleans, at its heart, as it was always in his heart. The family thanks all whom have shared his unique musical journey, and requests privacy at this time. Memorial arrangements will be arranged in due course.”

“God bless Dr. John,” Ringo Starr wrote on Twitter. “Peace and love to all his family. I love the doctor.”

“There was no other performer like Dr. John, and there never will be,” Louisiana native Ellen DeGeneres wrote. “Tonight my heart is in New Orleans.”

Although best known for his Seventies solo work and radio hits like “Right Place, Wrong Time,” Rebennack had a career that spanned pop history. He was a key part of the “Wrecking Crew” stable of ace Los Angeles session musicians in the Sixties. He played on recordings by Cher, Aretha Franklin, Canned Heat, Frank Zappa and countless others, fusing funk with R&B and boogie woogie.

Rebennack began putting out his own records in 1968 with the release of his debut album Gris-Gris. It was the beginning of his larger-than-life Dr. John Creaux the Night Tripper character, with Rebennack incorporating elements of voodoo into his outrageous stage show. He quickly grew a large following, introducing much of America to New Orleans music.

Born Malcolm John Rebennack on November 21st, 1940, Dr. John was immersed in the music of his native city from an early age. He started banging on a piano when he was three, venturing to African-America clubs when he was teenager and working at a studio in town during that time. His first instrument was the guitar, not the piano, and he soon met and began playing with Professor Longhair, the New Orleans piano icon. As a teenager, Dr. John had played in bands, wrote songs for local acts like Lloyd Price and Jerry Byrne and worked an A&R job at Ace Records.

His life and music took a fateful turn when, in 1960, he broke up a fight and his left index finger was hit by a bullet. With that, he switched to piano, which would be his primary instrument throughout his career. When the New Orleans music scene gave way to Detroit’s Motown world and other hot cities, Dr. John relocated to Los Angeles in 1964, where he began his session-man career.

Originally, he had planned for another musician to play the “Dr. John” character, modeled after a voodoo priest, but when that player opted out, Rebennack took over the part himself. “I had it all planned and set to go, so I just did it myself out of spite,” he once said. “I never thought I would be doing another record. I never wanted to be a frontman. All of a sudden, I got into it, and it wasn’t as bad as I thought.” He soon had fully renamed himself and started a solo career that blended New Orleans, blues and psychedelia, with accompanying robes and headdresses of his new character.

Signing with Atlantic, by way of legendary producer Jerry Wexler, Dr. John found his groove and his voice, starting with Gumbo, the landmark 1972 album that featured his renditions of “Iko Iko,” “Let the Good Times Roll” and other New Orleans classics. The next year, he hit his commercial peak, when his funky stomp “Right Place, Wrong Time” hit the Top 10. Those albums showcased not only his loose growl and rhythmic sense but his piano playing, which incorporated boogie and swinging syncopation.

Speaking to Rolling Stone in 1973, Rebennack discussed his internal battle over making “commercial” music. “The only thing that makes a record commercial is if people buy it,” he said. “Originally, I felt to go commercial would prostitute myself and bastardize the music. On reflecting, I thought that if without messin’ up the music and keeping the roots and elements of what I want to do musically, I could still make a commercial record I would not feel ashamed from, I’m proud of, and still have a feel for, then it’s not a bad thing but it even serve a good purpose.”

He was popular enough by 1976 to be invited to perform at The Band’s Last Waltz alongside Bob Dylan, Neil Young, Eric Clapton, Muddy Waters and other greats of the era, but his commercial fortunes waned in the Eighties and an addiction to heroin hobbled his career for years. He kicked the drug in 1989, around the time that Ringo Starr helped revive his career by bringing him on the road for his inaugural All Starr Band Tour. He was inducted into the Rock and Roll Hall of Famein 2011.

Rebennack released dozens of albums over the course of his career as both a solo musician and member of Bluesiana Triangle, a trio he formed with jazz giants Art Blakey and David “Fathead” Newman. He made jazzy pop (1979’s City Lights), pre-rock pop standards (1989’s In a Sentimental Mood) and homages to his home town (1992’s Goin’ Back to New Orleans). In 2012, he released the Dan Auerbach-produced album Locked Down, which landed on Rolling Stone‘s Best Albums of the year.

He continued to tour heavily until 2017 when health problems took him off the road. “I don’t go out to each too much,” he told Rolling Stone in 2010. “I can’t eat things like lamb because I have cirrhosis of the liver. So I have a pretty limited diet and I like to eat a lot of seafood. So that’s kind of depressing.” 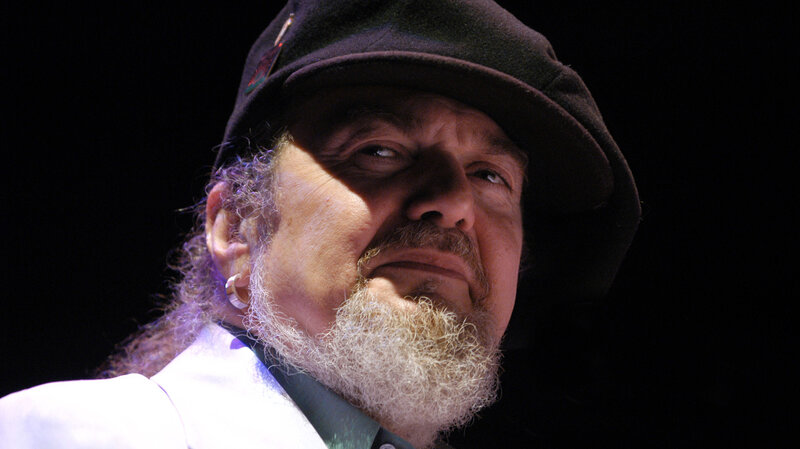 The music legend, guitarist, piano man, jive talker and psychedelic godfather Malcolm John Rebennack – better known as Dr. John – died “towards the break of day” on Thursday, of a heart attack, a statement has confirmed. He was 77.

That last bit of information was something only discovered, or at least disseminated, late last year, in fact: in his fantastical 1994 autobiography “Under the Hoodoo Moon,” Dr. John had declared his birth date as “just before Thanksgiving 1940.” But in a column for the Times-Picayune published in November 2018, author John Wirt unearthed a birth announcement from the same paper 77 years earlier: Mac, as he was colloquially known, was actually born November 21, 1941. The factual fluidity was, in its way, appropriate to an artist who lived and worked in the shifting, hip space of the trickster, and also to one who was as iconic of New Orleans as Louis Armstrong, to whom his final album, 2014’s Ske-Dat-De-Dat… (The Spirit of Satch) was a tribute. (Armstrong’s real birthday was misrecorded for decades, too.)

Mac Rebennack started out in New Orleans as a teenage guitar slinger in the ’50s, hanging around the Dew Drop Inn, a historic black nightclub (where he received hassle more than once from police enforcing the Jim Crow laws that regulated interracial gathering), and doing session work at engineer Cosimo Matassa’s J&M Recording Studios in the French Quarter. He was a denizen of a strange and distinctive old New Orleans, associating with the white-clad priestesses of the storefront spiritualist churches in the Ninth Ward — which, he recalled during a live interview at the Country Music Hall of Fame in Nashville in 2013, smelled overwhelmingly of roses — as well as with petty criminals, dopers and practitioners of witchcraft. The Dr. John character, hoodoo mystery and cool, was originally developed for his bandmate and old Jesuit High School classmate Ronnie Barron, with whom he played in the R&B group Ronnie & The Delinquents. But Barron had a record contract that stopped him from taking on the role, so Mac absorbed it; as the story goes, it was during a fight that broke out after a dance he played with Barron that Mac was shot in the finger, prompting his switch from guitar to piano.

Mac Rebennack, the pianist, singer, songwriter and producer better known as Dr. John, who embodied the New Orleans sound for generations of music fans, died on Thursday. He was 77.

A family statement released by his publicist said the cause was a heart attack. The statement did not say where he died. He had been living in recent years on the north shore of Lake Pontchartrain, La.

Mr. Rebennack belonged to the pantheon of New Orleans keyboard wizards that includes Professor Longhair, James Booker, Huey (Piano) Smith and Fats Domino. What distinguished him from his peers was the showmanship of his public persona.

Onstage as Dr. John, he adorned himself with snakeskin, beads and colorful feathers, and his shows blended Mardi Gras bonhomie with voodoo mystery.

He recorded more than 30 albums, including jazz projects (“Bluesiana Triangle,” 1990, with the drummer Art Blakey and the saxophonist David Newman), solo piano records (“Dr. John Plays Mac Rebennack,” 1981) and his version of Afropop (“Locked Down,” 2012). His 1989 album of standards, “In a Sentimental Mood,” earned him the first of six Grammy Awards, for his duet with Rickie Lee Jones on “Makin’ Whoopee!”

Malcolm John Rebennack Jr. was born in New Orleans on Nov. 20, 1941. His mother, Dorothy (Cronin) Rebennack, worked as a model and in a music store. Malcolm Sr. owned an appliance store. Mac, as he came to be known, was a photogenic baby whose picture appeared on boxes of Ivory Soap.

He immersed himself in the sounds of New Orleans at a young age, first through the city’s radio stations and then by following his father to nightclubs, where Malcolm Sr. would repair P.A. systems while young Mac peered through the window, watching musicians like Professor Longhair rehearse.

He started playing in clubs and on recording sessions as a teenager and dropped out of high school to pursue music full time.