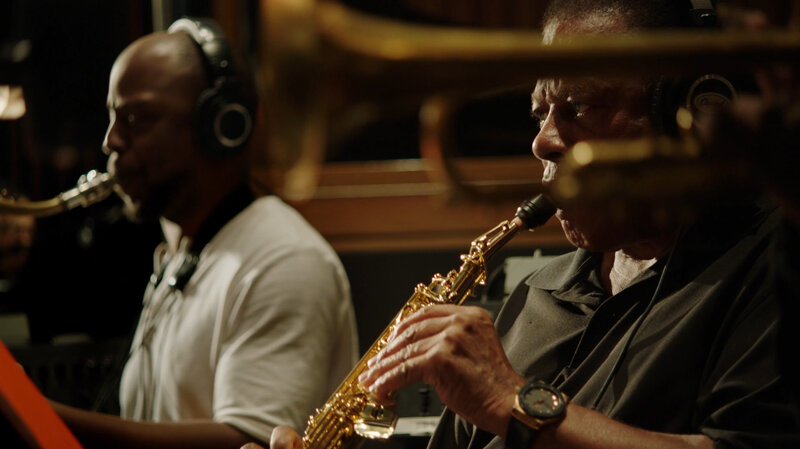 Blue Note Records: Beyond the Notes, a stylish and engaging new documentary by Sophie Huber, opens in the recording studio, with a top-tier crew of modern jazz musicians going about their business. From his station behind a keyboard rig, Robert Glasper calls out ideas for an arrangement; Ambrose Akinmusire’s trumpet, warming up, can be heard in the background. An establishing shot introduces Don Was, the musical polymath serving as Blue Note’s president, as a hipster Buddha in the control booth.

As Was explains to the camera, we’re watching a session for the Blue Note All-Stars, a group with an obvious name and celebratory purpose, having originally been assembled in commemoration of the label’s 75th anniversary. That was five years ago. Now, the pacesetting jazz label is celebrating its 80th, and among its related promotions and corporate tie-ins — vinyl reissues, branded playlists, album-cover art prints, a limited-edition watch — is this film.

To the credit of Huber — a Swiss-born filmmaker whose previous effort was Harry Dean Stanton: Partly Fiction, a profile of the renowned character actor — any misgivings you may have about the corporate self-promotion of the project are quickly disarmed. With a brief collage of artist voices, a few larger ideas are introduced, if not fully fleshed out: how a reverence for the past can cohabit with a compulsion to push forward; how the legacy of the label contains an inherent call to innovation; how the artistic imperative impels a response to the human condition. “Those artists reflect the times, and what’s going on,” saxophonist Marcus Strickland attests. “As soon as I put on the record, I’m just transported to a certain time or a certain feeling or a certain understanding of the world.”

The endless dialogue between music and culture is Huber’s prevailing theme, and it helps lift Blue Note: Beyond the Notes above an exercise in image-burnishing for the label. The film hits its marks as a history — moving neatly through the story of German immigrants Alfred Lion and Francis Wolff, whose shared affinities for jazz led them to establish Blue Note on a shoestring. Their voices are heard in old radio footage; the storied recording engineer Rudy Van Gelder, who died in 2016, appears onscreen in what must have been one of his last interviews. Other signposts — like the label’s unexpected foray into hit records in the’60s, and the pressure it put on Lion to sell to a corporate parent — are efficiently covered. 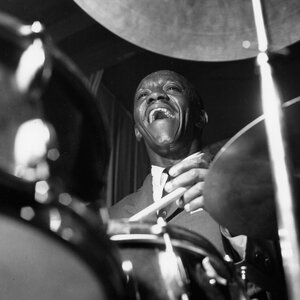 Cause For Celebration: The Iconic Blue Note Records At 75

Huber and her editor, Russell Greene, keep the pace brisk and the visual language fluid. Blue Note had a peerless cover-art aesthetic, thanks to designer Reid Miles, and the film expertly plays on that legacy — often lingering on one of Wolff’s atmospheric photographs, cropping a selection of the image as Reid Miles did, and revealing how it became the basis of an album cover. Importantly, the film is scored with no less care, as a colorful tapestry of sounds from the Blue Note catalog, heavy on Art Blakey and Lee Morgan, Bud Powell and Thelonious Monk.

The film has a sort of elder’s council in saxophonist Wayne Shorter and pianist Herbie Hancock, who made some of the most enduring albums in the Blue Note catalog during the 1960s. Both musicians are featured in the studio with the Blue Note All-Stars; the phrase “beyond the notes” actually appears in an admiring assessment of Hancock, by guitarist Lionel Loueke. (There’s a leisurely, intoxicating section devoted to the tracking of “Masqualero,” which Hancock and Shorter first recorded in the Miles Davis Quintet; Shorter explains how he had been inspired by the mysterious customs of the Mescalero tribe in New Mexico, “and things that we didn’t understand about them and ourselves.”)