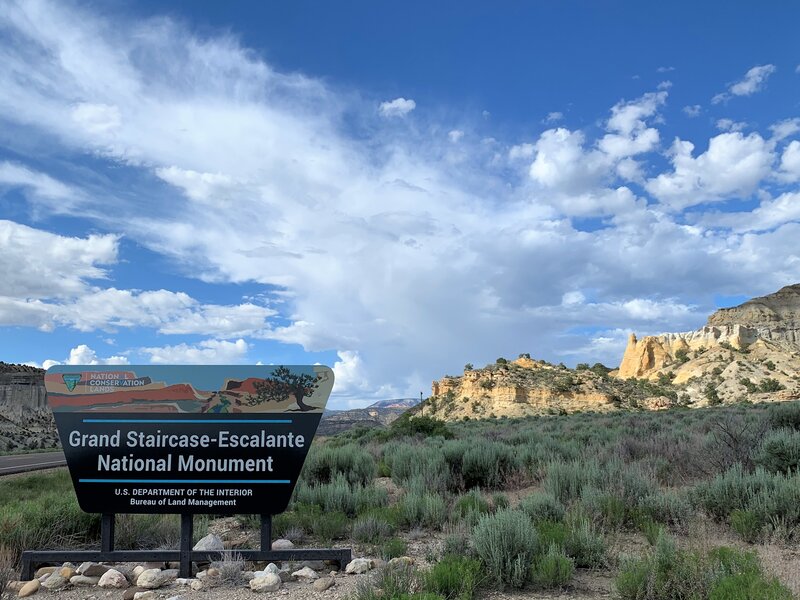 Located between Capitol Reef and Bryce Canyon and Zion national parks, the Grand Staircase-Escalante National Monument has become a big tourist draw since its designation in 1996.

Three hundred miles south of Salt Lake City, the Grand Staircase-Escalante National Monument is at the heart of some of the most remote terrain in the lower 48. Famous for its red rock canyons, arches and fossil beds, the rugged land is punctuated by sites like Death Ridge, Carcass Canyon and Hell’s Backbone Road.

Those names staked on the old maps by the region’s first white settlers tell you all you need to know about how harsh, brutal — and beautiful — the land is.

“Them old cowboys back in those days, they were tough,” says Shannon Steed, a businessman and armchair local historian.

Steed comes from a long line of Mormon pioneers: the cowboys and loggers who helped tame this country, as locals put it, and scratch out a living from it.

His hometown Escalante, population 800, along the meandering Escalante River is ringed by mesas.

The town has long struggled economically, especially since its timber mill closed in the 1990s — Steed’s father ran it. Depending on who you ask, things got even worse, when President Clinton protected much of the area as a national monument in 1996.

Today, it remains a flash point for one of the rural West’s perennial and most polarizing fights – who gets to do what on federal public lands.

In December 2017, President Trump signed a proclamation shrinking the protected boundaries of the GSEM nearly in half. This summer, the administration is moving ahead with plans to open up parts of it to mining and expanded cattle grazing, despite legal challenges and a recent effort by Democrats to thwart the move.

The latest battle over the Grand Staircase is reigniting a decades-old debate about the future of the rural communities in and around the monument, which have lately seen an influx of newer residents setting up businesses around tourism.

On the outskirts of town, Steed points out a closed down timber mill his dad used to own. Up to his left is a large “E” painted on the side of a hill.

“It doesn’t stand for environmentalist,” Steed says. “It stands for Escalante.”

In some corners of this town, environmentalist is still a dirty word.

“We’ve always said it’s God’s country,” Steed says. “The people from out here said that’s because nobody’d have it but God, and now it seems like everybody wants it.” 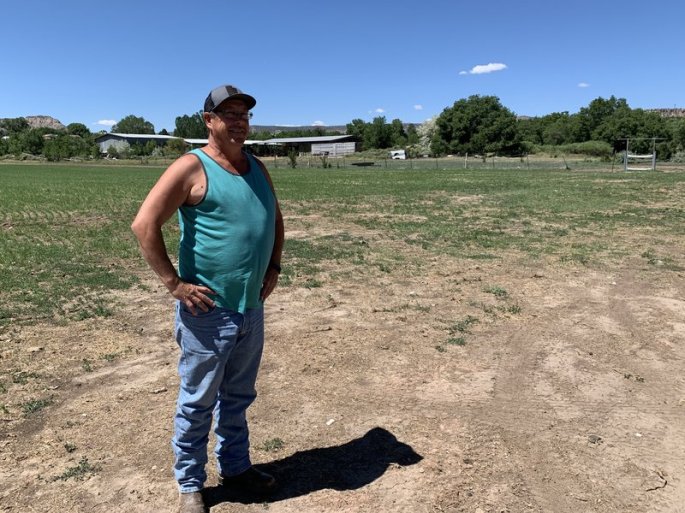 Shannon Steed stands on land that used to house his father’s sawmill. The mill closed in the early 1990s due in part to a lack of available timber supply from nearby National Forest lands.