Smith was born in Nashville, raised in Lafayette, Tennessee, and launched his music career in Memphis. Blending country music, southern rock & roll, bluegrass gospel and soul, he not only fronted the Grammy-winning Aces but launched a solo career, reaching country’s Top 40 with “I Wonder What She’s Doing Tonight.”

Smith was also a hit songwriter, co-penning Number One hits for Randy Travis (“Look Heart, No Hands”), T. Graham Brown (“Don’t Go to Strangers”) and Ricky Van Shelton (“Keep It Between the Lines”). With Dave Loggins, he co-wrote “Heartbeat in the Darkness,” which would be the final chart-topping hit for country legend Don Williams. His songs were also recorded by Tanya Tucker, Rosanne Cash, Kenny Rogers, the Oak Ridge Boys and many others.

A graduate of Macon Country High School in Lafayette, Smith was a member of the Macon County Marching Tigers Band. On Facebook, Smith’s son Matthew wrote that in lieu of flowers, donations be made to the school’s marching band program. “He spent his life working to fill the world with music and love,” Smith wrote. “He was especially fond of the song, ‘Give Me [the] Flowers While I’m Living,’ which seems oddly appropriate for this.”

The Amazing Rhythm Aces confirmed Smith’s death on Facebook, penning a touching tribute to the band’s co-founder that said “Russell completed his journey on life’s railway after 70 years of doing things his own way.”

“Russell’s soulful voice and artfully crafted lyrics helped develop the signature Amazing Rhythm Aces sound that defined an era and transcended genre labels,” the tribute said. “Like their sound, Russell, himself, was a little southern, a little rock’n’ roll, pinch of bluegrass gospel, and an endless supply of soul.” 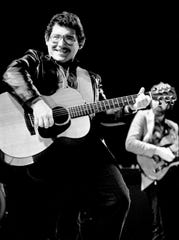 Russell Smith of the Amazing Rhythm Aces gives an energetic performance for the audience at the Municipal Auditorium Nov. 13, 1982. (Photo: Billy Easley / The Tennessean)

Born in Nashville and raised in Lafayette, Tennessee, Smith’s musical journey took him to east and west corners of the Volunteer state. For Smith, the path to Amazing Rhythm Aces began in Knoxville in the late 1960s, where he played with would-be Aces members in formative group Fatback. Relocating to Memphis, the Aces formed in 1972, a musical partnership that yielded 18 albums in a three-decade tenure.

Wielding lyrical witticisms and a crisp, welcoming voice, Smith and the band honed country sound tinged with soul and rock ‘n’ roll influence. The group debuted in 1975 with noted roots-rock exploration “Stacked Deck,” a 12-track effort that hosted some of the band’s most-celebrated work.

Amazing Rhythm Aces produced three top 20 hits in the 1970s: “Third Rate Romance,” “Amazing Grace (Used To Be Her Favorite Song)” and “”The End Is Not in Sight (The Cowboy Tune).”

The Recording Academy awarded Amazing Rhythm Aces with a Grammy in 1976. The group toured with the likes of the Eagles, Jimmy Buffett and Leon Russell. 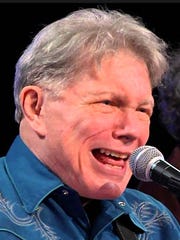 “(Smith) lived to entertain, to help folks feel a connection with one another, and hoped to leave the world better off for having had him in it,” the band statement said.

Smith launched a solo career in the 1980s, co-writing on a trio of No. 1 country hits for Randy Travis (““Look Heart, No Hands”), T. Graham Brown (“Don’t Go to Strangers”) and Ricky Van Shelton (“Keep It Between the Lines”).

In 1989, his solo track  “I Wonder What She’s Doing Tonight” peaked in the top 40 on BIllboard’s Hot Country Songs chart. Russell teamed with Eagles guitarist Bernie Leadon and Nashville Jim Photoglo and Vince Melamed in the early 1990s to form Run C&W, a bluegrass group that covered soul songs.