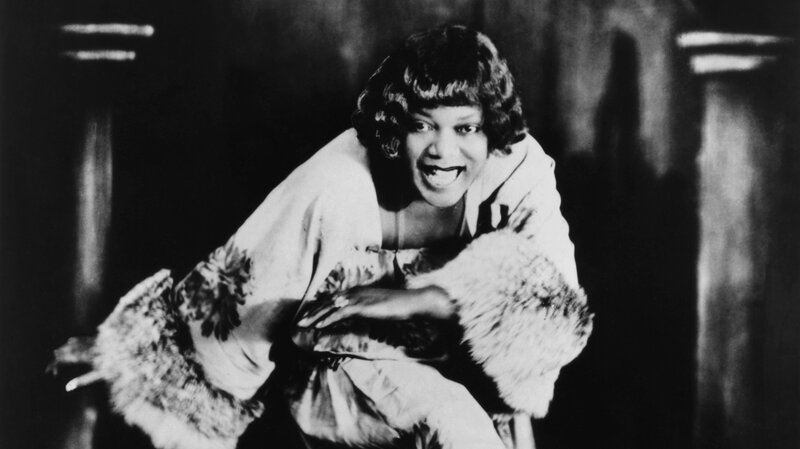 It was a hot show that night, in that big tent out in the muddy field. Everybody had fun, though most people were tired; it was the end of a long T.O.B.A. circuit tour for the acts and of a long day of work for the people who had come to see them. But when the time came for the last act, everyone, including the other performers, was ready to hear Bessie, to turn that sweaty tent into the church of the blues. Everyone hollered as Bessie strutted onto the stage, dressed big, feathery and bright, and they didn’t stop until she started singing.

Bessie’s voice was elemental, a force set free from deep inside the world. It was a voice strong enough to hold all the blood, sweat and tears they’d shed for generations. Together, there in the muddy field, they reclaimed those blood, sweat and tears to the songs of their ownselves, for a time setting the frequency of a freedom independent of whatever the white folks got up to. “Everybody gets the blues,” blues singers would later tell customers who bought their records, came to their shows or picked up guitars to sound like them. But anyone in the tent that night, or at a theater in the city to catch Bessie close a show, or at a rent party gathered around the record player to hear Bessie sing, knew this was a lie.

No one could sound like her, but she was not singular. People needed what was unique in her voice, but they loved her blues for its familiarity. The blues was never meant to be original; everyone knew the words of the songs, for many had no author, they were made to be shared, mixed, added to, adapted, simple to remember and pass along. And Bessie could wrap the blues around anything. She could take the worst of that Tin Pan Alley stuff and bend it into notes you were both hearing for the first time, and had heard forever.

Bessie’s voice held their long memory. Take “Backwater Blues” for example, which Bessie wrote and recorded in 1927. It is about a flood; which flood didn’t matter, it was all of them. It was about the breaking of the levees and the terror that followed, past, present and future. It was about Hurricane Katrina, about living in the lowlands, the bottoms, the cut, where the roads lost their pavement. She wrote the song just after the December 1926 flood of the Cumberland River in Nashville, Tenn., near enough to Chattanooga, where she grew up. When the flood came, black people of the lowlands were herded to the auditorium, and dubbed “refugees.” Then in April 1927 came the great flood of the Mississippi River, which they all had expected for a long time, as the levees were weak and old. When they broke, thousands lost their homes and their neighborhoods. Police corralled them into camps, and forced them to work on the levees at gunpoint. And thousands of people died.

Home is a complicated place for black people. It is where you have to get away from and where you desperately miss. Where you from? Black people ask each other, and it’s an important and historic question. You might find a cousin, or someone who knew your daddy back “home,” before everyone was separated, forced to leave, or left to find work, or left just to feel free. Moving, traveling, sometimes meant freedom, and sometimes meant you had nowhere to go but had to leave anyway. Bessie’s voice carried what it meant to live in such a state of permanent dislocation. Her voice was a place to land if only for a night, a place for black people to breathe a common breath.

Pain, suffering and the violence of poverty were constant realities, but Bessie and them insisted on making joy and pleasure, in good company and bad. They didn’t have to steal away for it, they made it right where they were, blessedly free of middle class do’s and don’ts. She sang of love, sex and seduction with both men and women, for she loved who and how she wanted. She boasted about her conquests and cried about her broken heart. Remembering Bessie and many other blues women is queer women’s history. Their lives set a precedent for the politics of gender nonconformity and sexual fluidity considered so novel today. Bessie claimed the right to live fully, with every part of herself, and with her voice rich and bursting, she declared the right for everyone in that room to do the same.

Blues was made on the road, and is as urban as it is rural. It was made wherever black people were, in the countryside, in cities and small towns, and circulated with their restless criss-crossing between them. Women brought the blues voice to the variety stage circuits, as men were expected to play the instruments while women were told they had to sing and dance. Bessie got her start in her hometown at a club called 81. She joined the legendary Ma Rainey for a while as a dancer, though it’s a myth that Rainey trained her. Everybody trained everybody on the road. Bessie was soon traveling with her own troupe, basing herself first in Philadelphia and then New York City, where she would press her legendary recordings.

An Immortal Reflection Of Bessie Smith, In Feeling And Form 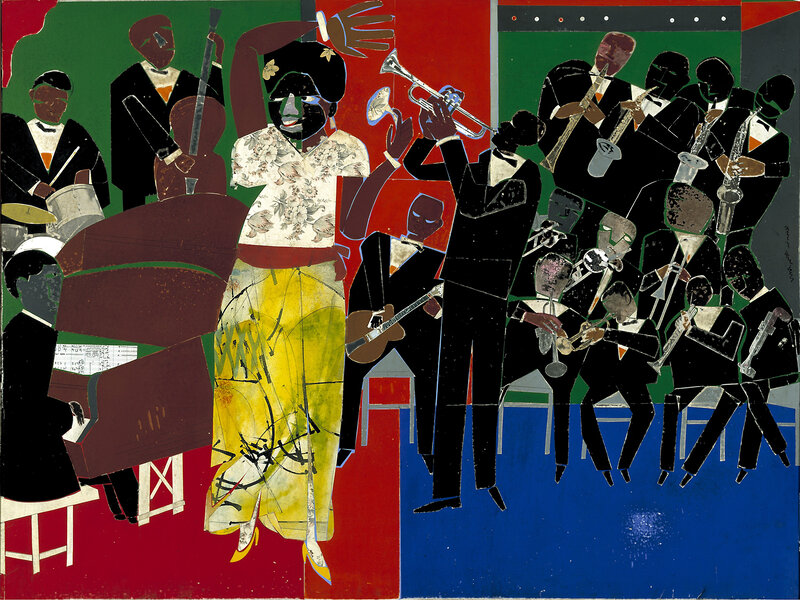 Romare Bearden, Empress of the Blues.

In 1974, the artist Romare Bearden made a collage with a woman at its center. One arm bent above her head, yellow flowers in her hair to match her skirt and heels, she casually yet clearly commands an orchestra of men. The image, titled Empress of the Blues, paid homage to Bessie Smith, and it captured Smith’s ability to rule the glamorous stages of Jazz Age Harlem no less than the juke joints and tent shows of the rural South. But on another level, Bearden’s creation of this collage in the 1970s also reflected Smith’s commanding afterlife, the sway she still held over black artists several decades after her death.

While Smith was among the most famous and highly paid black entertainers of her day, that status alone does not explain her impact on Bearden, who included her in several collages, or over the many other African American artists who cited Smith’s influence on their work. Richard Wright and James Baldwin both credited Smith with attuning to the logic of the blues and to the music of black speech. Billie Holiday and Mahalia Jackson both expressed their debts to her, although they used her example to forge very different aesthetics. Smith became a polarizing figure in Amiri Baraka’s 1964 play Dutchman, where a black man tells a white femme fatale, “If Bessie Smith had killed some white people, she wouldn’t have needed [her] music.” The poet and critic Sherley Anne Williams published a long poem devoted to Smith in 1982. The black Scottish writer Jackie Kay wrote her own Smith-inspired book-length meditation on art and identity in 1997. 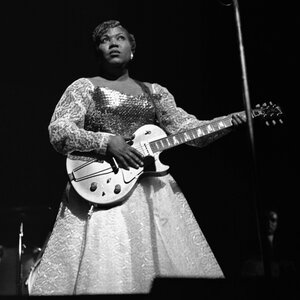 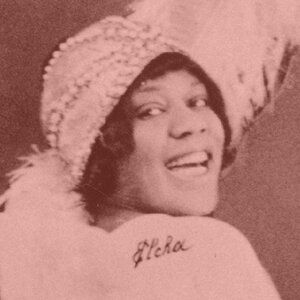 More From Turning The Tables On Bessie Smith

Part of Smith’s lasting appeal was visual. Kay tells of gazing for hours, as a child, at an album cover featuring her gorgeous brown-skinned face. Smith was a spectacular looking person as well as a mesmerizing performer — a dancer, comedian, and powerhouse vocalist whose costuming involved opulent jewelry and a headpiece that one critic described as a cross between a chandelier and a football helmet. She was unparalleled in her ability to paint a picture with words — to sing, with scandalous candor, about her “good jelly roll” and her desire to put cheating lovers in “the graveyard.” She and her accompanists often used the technique of word-painting to tell blues stories with almost cinematic clarity. In “Backwater Blues,” Smith sings of people who “rowed a little boat about five miles across the pond” while trying to survive a flood: She heaves the line forward, while pianist James P. Johnson plays little trills to evoke a boat amidst the outsized waves.

Bearden’s musical picture illuminates what I tend to think of as Smith’s pictorial music: her extremely precise, almost painterly, approach to the vocal blues. Just as Bearden’s modernist collages exposed the basic components of visual art — color, shape, line, contrast — Smith’s body of work exposed the DNA of chord progressions, variations, slides and slurs that constituted the blues. Bearden’s scissor work attunes us to the clean lines, broad contours, tonal contrasts, and subtle shadings of Smith’s songs — the way she spins simple quarter notes into announcements and carves musical phrases into distinct shapes by easing them down with a sigh. Her work, while intensely expressive, is also a primer on musical form: This is what a whole note should be, this is a blue note, a half-rest. She could sing slow and easy, blurring her pitch and lagging behind the beat. But then, she was precise even about her imprecision.

Precision is a concept that seldom figures in discussions of the blues. The genre instead magnetizes assumptions about naturalness, rawness, a rejection of respectability and an impulse to let it all hang out. While these qualities can play an important role in blues performance, the appearance of artlessness is its own kind of craft. This often gets missed especially when it comes to the work of black women artists, who are often lauded for broaching taboo subjects (love, sex), while men are celebrated for innovative technique. But Smith was both an emotional genius and a master technician. And she became a creative touchstone for other artists in part for how she made vivid, almost visualizable, the blueprint of the blues.