A Perseid meteor streaks over Washington in August 2015, seen from Arlington, Va.
By Matthew Cappucci
August 11 at 10:10 AM

There are few things more special than watching a shooting star streak across the sky on a warm summer evening. Viewers across the United States will have a chance Monday and Tuesday nights, when a dozen meteors per hour and possibly up to 50 or more at its peak are slated to dazzle the heavens after dark.

Meteor showers occur when Earth enters a spattering of space-borne debris. The debris usually stems from a larger object — namely a comet or asteroid — that passed by long ago. The Perseids occur as Earth passes through the debris trail of the comet Swift-Tuttle.

The reason we see the meteor shower at the same time each year is because Earth moves through the same area of debris at this point in its annual orbit around the sun.

When a piece of debris strikes the outer atmosphere about 60 miles high, friction causes it to burn up. Most of the shooting stars you see actually come from pebbles the size of a grain of rice or smaller.

“But if you see a fireball, it’s probably bigger,” says Bill Cooke, who leads NASA’s Meteoroid Environment Office. “Those ones are about a centimeter across.”

You’re unlikely to catch more than a few sporadic shooting stars during twilight, before about 10 p.m. After that, there’s no specific place to look — just up! Some people seek out the show’s radiant, which marks the point from which all the shooting stars appear to originate. That would be the constellation Perseus, hanging low in the northern/northeastern sky.

There’s no special benefit to looking there, however. In fact, many skywatchers look away from the radiant to see shooting stars that have the longest, most spectacular-looking tails.

The Perseids are the most popular meteor shower of the year, in large part because they occur during the summer.

“They’re convenient,” Cooke says. “The Geminids produce more meteors, but they’re in mid-December. With the Perseids, the nights are comfortable, and you can watch them without freezing your carcass off.”

Where to watch the Perseids

The Perseids will be visible across the United States and elsewhere, and the best viewing will be found away from light pollution. For example, if you live in D.C. and are looking for the best show, try the Shenandoah National Park in Virginia, or farther east along the shores of the Rappahannock River.

Bring a blanket or towel to sit on, and some snacks and bug spray. (And maybe a flashlight to inspect for potential spider-related hazards before settling down.)

The moon will act to dim the show

The Perseids will be limited this year, however, by moonlight, which will effectively block viewing of many of the fainter meteors. Moonrise Monday night is at 6:33 p.m., and it doesn’t set until 4:20 a.m., meaning it will be up for most of the shower.

However, the Perseids are known for their fireballs, or extremely bright meteors, which will still shine through the moonlight.

If you see one, you’ll certainly know it! Sometimes fireballs are caused by the object that hits Earth’s atmosphere being greater in size; other times it’s a result of the meteor penetrating deeper into the atmosphere. Most of the time it’s both.

The colors you see depend on the composition of the meteor. “Perseids show a strong sodium signal,” Cooke says. “That’s why they often appear yellow.”

Although it’s tough to determine their elemental composition, some meteors have been known to contain magnesium, iron, carbon and silicon. Colors can also come from ionization of the surrounding air.

What’s up in the August sky? Look for the “shooting stars” of the annual Perseid meteor shower for some stargazing delights, but be warned — the bright Moon will overwhelm the fainter meteors during the show peak on August 12 & 13 this year. Watch & learn: https://solarsystem.nasa.gov/resources/2483/whats-up-video-august-2019-skywatching-tips-from-nasa/ … 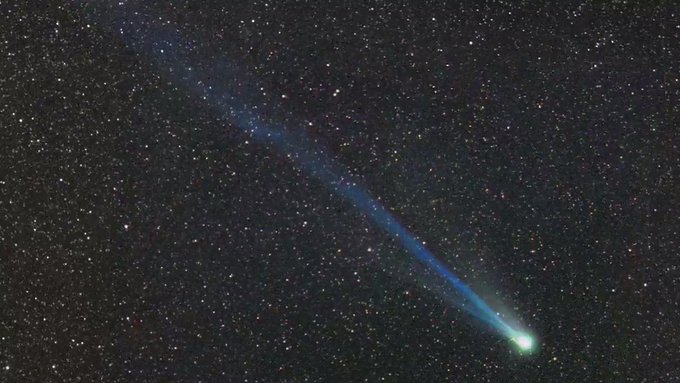 The Perseid meteor shower has a peak that lasts a few days, so if you miss the peak Monday night, don’t fret. You’ll still be able to catch some more shooting stars over the next few nights.

Showing up to work a bit drowsy Tuesday or Wednesday is a small price to pay for such a stunning celestial spectacle. Weather permitting, it should be a decent, albeit more-muted-than-average, show.