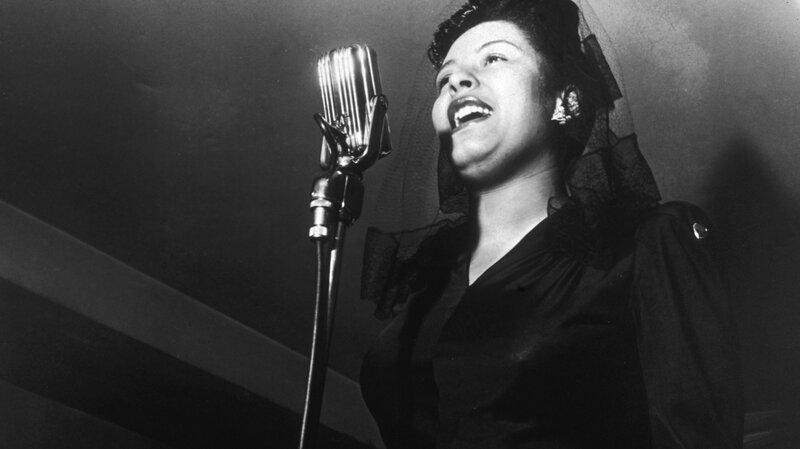 To consider a women’s Hall of Fame in American music is to come face-to-face with that music’s debt to African-American religious life. The biggest names in blues — Ma Rainey, Bessie Smith, Ida Cox — all came up singing in the makeshift choirs of black churches in the South. What Billboard magazine first christened “rock and roll” were the Holy Roller hymns of gospel legend Sister Rosetta Tharpe. Dusty Springfield’s “Son of a Preacher Man,” the British singer’s love song to American sound, pays tribute not only to a style and mood but to a path of transmission, the line of influence that runs straight from the brashest black preaching to the sounds and moves of Elvis, Little Richard and Jerry Lee Lewis. The gospel-choir backup of sharp, knowing women in “Son of a Preacher Man” completes the homage. That’s the sound that silences Mick Jagger when he wisely cedes the vocal to gospel singer Merry Clayton in “Gimme Shelter,” her furious backup wresting the lead and taking center stage. The combined catalogs of, say, Bessie Smith, Mahalia Jackson and Aretha Franklin, daughters of preacher men all, make a century-long version of Clayton’s 30-second breakthrough, the woman’s response to the preacher man’s call now in full, glorious command of the altar/stage and all who worship there.

Billie Holiday made a single, wry nod to gospel in “God Bless the Child,” an ersatz spiritual that quotes a nonexistent Bible verse. The stylized gospel-choir chorus on the 1950 Decca recording highlights the extraordinary difference of Holiday’s own voice: soft, talky, its deft modulations of musical syntax filling a surprisingly narrow melodic range. Holiday’s is not a gospel voice, if by gospel we mean Aretha Franklin or Whitney Houston in full-throated, multi-octave flights of supplication and praise. Her style was not formed in church, if by church we mean the great variety of Afro-Protestant spaces that nurtured congregants’ unquenchable aliveness in the face of racial terror and injustice. But for a scant year in early adolescence, just before or around the time she began singing in cabarets, Billie Holiday did sing in church: the Catholic chapel of a convent reformatory, the Baltimore House of the Good Shepherd for Colored Girls. Her stint in a convent reform school gave Holiday bad-girl cred and an ambitious spiritual discipline, and both went lastingly to her style and her sound. Whatever assaults and privations were dealt to her there, the House of the Good Shepherd was where Billie Holiday learned to arrange the jagged pieces of her life into a coherent persona, where her battered spirit was made the subject of confessional performance and where, in the course of this project of self-fashioning, she received dedicated practice and instruction in singing. 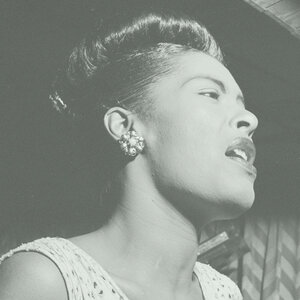 More on Billie Holiday from Turning The Tables

Billie Holiday, born Elinore Harris but known then by her mother’s married name, Gough (and whose first name was alternately spelled Elenore, Eleanora, or Elenora) was sent to the Good Shepherd Sisters twice. On January 5, 1925, an Elenore Gough was placed in their custody as “a minor without proper care or guardianship” and released to her mother ten months later. On Christmas Eve, 1926, Elenora Gough was ordered again to the House of the Good Shepherd in connection with a rape proceeding. In the report of the Baltimore Afro-American, Mrs. Sadie Gough charged that a Cora Corbin had abducted her 11-year-old daughter and brought her to the Fell’s Point lodgings she shared with 26-year-old Wilbert Rich, with whom Sadie found the girl in bed. Corbin’s story, reported in the paper, was that Elenora Gough had been put out of her house, and arrived at Corbin’s door asking to stay with her and Rich. Another party in the incident, identified as 40-year-old James Jones, was charged with carnal knowledge of a minor on the basis of Elenora Gough’s statement to police that she had gone first to stay with Jones “after her mother had threatened to put her in a home.” In February 1927 she was released to her mother by order of habeas corpus. The Sisters of the Good Shepherd retained her file and marked it “Did not return to us.”

When she was not in the House of the Good Shepherd, Billie/Eleanora lived at the rough edges of a jazz-loving city with a shifting cast of mentors who catered to its hungers and pleasures. Childhood associates in Baltimore remembered that the “best-dressed hustlers used to come around the neighborhood to get Eleanora for the sing.” Holiday began her singing career in the Prohibition-era good-time houses and pop-up speakeasies on Baltimore’s waterfront, where the girls took street names — Tootie, Nighty and Pony were three in her crowd — rather than the saints’ names of the convent. At least one of her waterfront companions had also served time at the House of the Good Shepherd for Colored Girls. The Baltimore Sun reported that when police arrived to quell a rebellion there in October 1927, they found “some of the girls fighting, some singing, and some dancing.”

The combined apprenticeships, convent and street, went to Billie Holiday’s distinctive undemonstrative cool, her soft parlando delivery of straight-up talk turned to song. “She had a whole way about her,” her accompanist Specs Powell recalled. “Tapped her foot very quietly, her head tilted slightly to the side. Nothing ever shocked her. She could say the most vulgar thing but never sound vulgar. She could curse a person out and still make it sound like music.” Holiday’s “timeless, floating quality,” write musicologists Hao Huang and Rachel Huang, “comes partly from our being unsure how to identify ‘the beat.'” Holiday famously sang to a beat that almost always floated over or lagged behind that of her accompaniment, which required her to occupy two different temporal worlds at the same time. The result for the listener could be an “intoxicating confusion”: a “sense that truth is elusive” and “certainty is ephemeral; and this sense, perhaps, is one key to the Billie Holiday experience.”

In her 11-plus months at the House of the Good Shepherd, Holiday attended a compulsory Catholic Mass every day and sang every day from the Liber Usualis, the common book of Latin chant used in all Masses and celebrations in the liturgical year. It was a discipline at least as formative, one imagines, as Charlie Parker’s summer in the woodshed, playing scales. The Liber Usualis was the work of the Benedictine monastery at Solesmes, France, which undertook a modernizing renewal of Gregorian chant at the end of the 19th century. Chant would still be sung sotto voce inside a minimalist melodic register, but no longer in weighty, metrical fashion. “The ‘metered time’ disappears as such,” wrote Solesmes Abbey choirmaster Dom Joseph Gajard of the new method, such that “the rhythm, of material, becomes a thing of the spirit.” The Solesmes method liberated the singing of chant from a fixed beat in metronomic time, directing the “notes to be sung quickly and lightly” in the manner “of ordinary speech, or in unpredictable groups of two or three.”

Tracy Fessenden is the Steve and Margaret Forster Professor in the School of Historical, Philosophical, and Religious Studies at Arizona State University, and a Fellow of the Center for the Study of Material & Visual Cultures of Religion at Yale University.