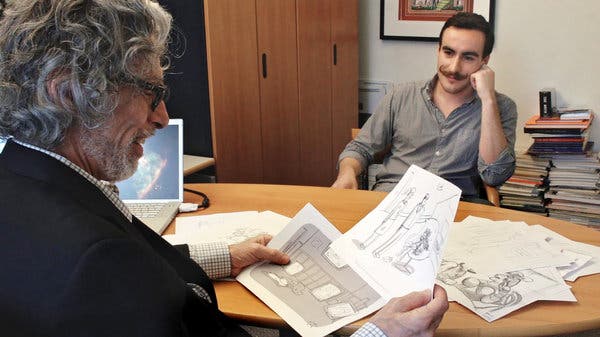 It is not entirely fair to say that “Very Semi-Serious: A Partially Thorough Portrait of New Yorker Cartoonists” is an appropriately arch title for a movie about its subject. It’s a truism, though, that New Yorker cartoons are meant to induce knowing chortles rather than guffaws. And this conventional wisdom is only slightly upended in this breezy and informative documentary, directed by Leah Wolchok, which opens in New York this week for an Oscar-nomination-qualifying run before airing on HBO on Dec. 7.

Bouncing briskly between an intimate look at the magazine’s cartoon editor, Bob Mankoff, and profiles of prominent cartoonists (Roz Chast is the first woman to show up, 20 minutes in), the movie covers a lot. If you’ve ever been curious as to how a cartoonist gets into The New Yorker and what happens then, “Very Semi-Serious” offers very satisfactory info. (For instance, no, most cartoonists don’t make a living solely from their work for the magazine.) The alacrity of the film, though, proves a small but potent liability when a personal tragedy in Mr. Mankoff’s life comes up and is practically shuffled off screen.

The cartoon laughs (or chortles), however, are abundant, and scintillating moments abound: Mr. Mankoff’s body language in a cartoon-selection meeting with the editor in chief, David Remnick, is intriguing, to say the least. And while a few interview subjects determinedly comment on the magazine’s push toward diversity in the cartoon department, the scene in which a new wunderkind is revealed as a wispy, pale, wide-eyed British man who speaks so softly with Mr. Mankoff that subtitles are needed, is almost too perfect.