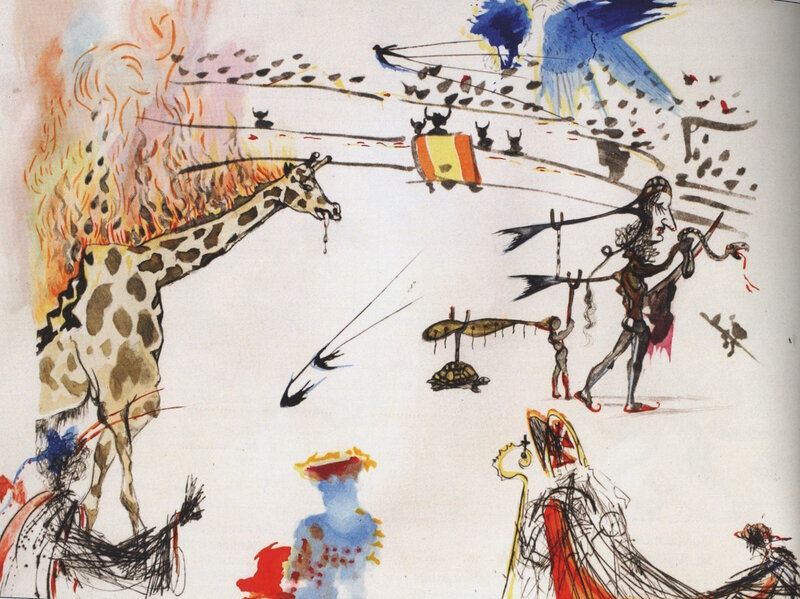 The 1966 Salvador Dalí etching Burning Giraffe, valued at $20,000, was swiped from a San Francisco gallery on Sunday.

A thief walked into a San Francisco gallery on Sunday afternoon, plucked a rare Salvador Dalí from an easel in the front window, and strode out the door.

Rasjad Hopkins, associate director at Dennis Rae Fine Art Gallery, was working at the time. The door to the gallery was open, and Hopkins had his back turned.

It took just a few minutes to realize the etching was gone. For some reason, the work hadn’t been locked with a tether as it normally was.

Hopkins never did see the thief, though surveillance footage from the hotel next door appears to show a young man in a flat-brim cap holding the work casually in one hand as he walks down Geary Street in the Union Square neighborhood. “Never saw him before in my life,” Hopkins said. 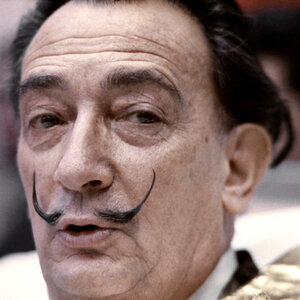 The hand-colored etching is called Burning Giraffe(1966), and it’s from a series in which the famous surrealist riffed on works by Pablo Picasso. In the Picasso series, the Spanish painter depicts all the stages of a bullfight.

Dali’s works share some visual similarities – but with his signature cheekiness.

“There was no giraffe in the original Picasso,” Hopkins said. “And the spectators are now bulls instead of people.”

Hopkins says that of Dalí’s etchings, Burning Giraffe was the most important. It’s numbered, one of a series of 100 made on the same kind of paper. 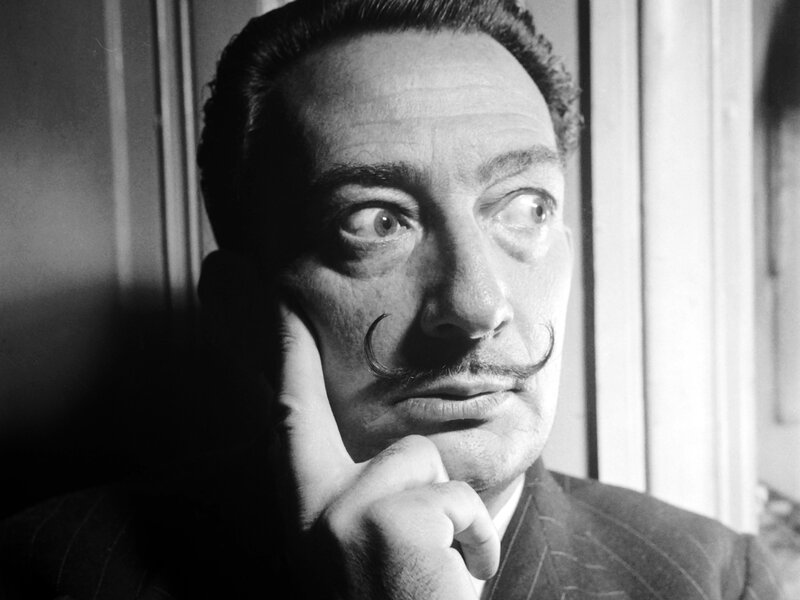 The gallery filed a report with authorities, who had one piece of advice. “The main thing the police said is we really should have our door closed all the time,” he said.

Anyone with information on the work is encouraged to reach out to San Francisco Police.

“If we could get it back, that would be a miracle,” Hopkins said. “I’ve been getting calls, people saying ‘If you ever get it back, I want to buy it!'”