“I am writing the Great American Suicide Note,” Bob Kaufman (1925-1986) once declared. He was a street poet, an African-American surrealist and one of the original Beats — he founded a magazine with Allen Ginsberg. Kaufman had a natural aptitude for subversion and distinctive utterance. He was arrested umpteen times in San Francisco on disorderly charges, and spent time in psychiatric institutions. He appeared before the world as if in angry comic dishabille. In a poem titled “Suicide,” he wrote: “The first man was an idealist, but he died, / he couldn’t survive the first truth.”

A new book, “Collected Poems of Bob Kaufman,” is the most comprehensive selection of his verse to date, a volume that contains a lot of previously uncollected work. It reminds us that Kaufman had his weaknesses; his poems could tip over into splintered whimsy. Yet this book makes a case for him as a perceptive and eccentric American original, a man who seems to have fallen out of the sky like a meteor.

Kaufman was among those lucky poets who looked like a poet; he seemed his own voice made dryly manifest. As the writer and curator Raymond Foye writes in an afterword, to gaze at the many photographs of Kaufman is to intuit “the power of one man, small in stature, staring into you with dignity and defiance, tenderness and humor. His face is a map: of Africa, of the West Indies and the Caribbean, of his beloved New Orleans and the birth of jazz. It is the face of a holy man on Earth as a hero and a martyr, in the guise of a hipster and flâneur.” 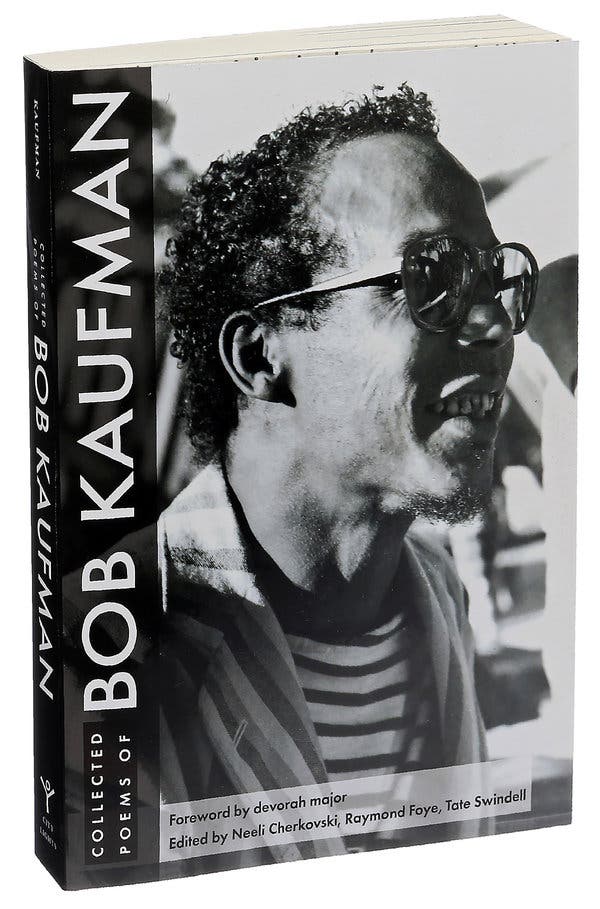 Kaufman was born in New Orleans. He joined the merchant marine as a teenager, then studied at New York’s New School for Social Research before moving to the West Coast. He often didn’t bother to write his own jazz-inspired poems down; his wife, the poet Eileen Kaufman, was wise enough to do that, often scribbling them on napkins and paper sacks.

Kaufman became famous enough to appear on Johnny Carson’s “Tonight Show” several times in 1970 and 1971, and the critic Kenneth Tynan wrote in his diaries that he hoped to profile him in The New Yorker. (Alas, that never happened.) But he seemed elusive, unhappy, hard to pin down.

Kaufman wrote about being a black man in a white man’s world. In one poem, he imagined a Norman Rockwell cover for The Saturday Evening Post called “The Lynching Bee.” But race was hardly his only theme. He spun his mind like a radio dial, often landing on bedrock realities, such as:

All those well-meaning people who gave me obscure books
When what I really needed was a good meal.

What sticks with you about Kaufman’s work is its celestial wit. One previously uncollected poem begins: “We shall demand drive-in mental hospitals for low income groups.” Among that poem’s other demands: that “Mississippi be granted statehood in some other country,” that “Father’s Day be replaced with group therapy” and that “we shall sing Bessie Smith’s blues at the tomb of the unknown hustler.”

Kaufman wrote several jail poems. Like war poems, jail poems are often especially vivid because alertness, in brutal and alien fashion, has been forced on the speaker.

One recalls this fact while reading the work of Reginald Dwayne Betts, a man who spent more than eight years in prison for a carjacking he committed at 16. He went on to graduate from Yale Law School, write an excellent memoir titled “A Question of Freedom” (2009) and publish two books of poems that dealt with his time behind bars.

His third collection, “Felon,” is out now. It pushes Betts’s story forward, in verse that is nimble in its diction, tone and focus. The poems are about returning to everyday American life, but in an estranged and often painful way, as if blood were rushing into a long-pinned limb. 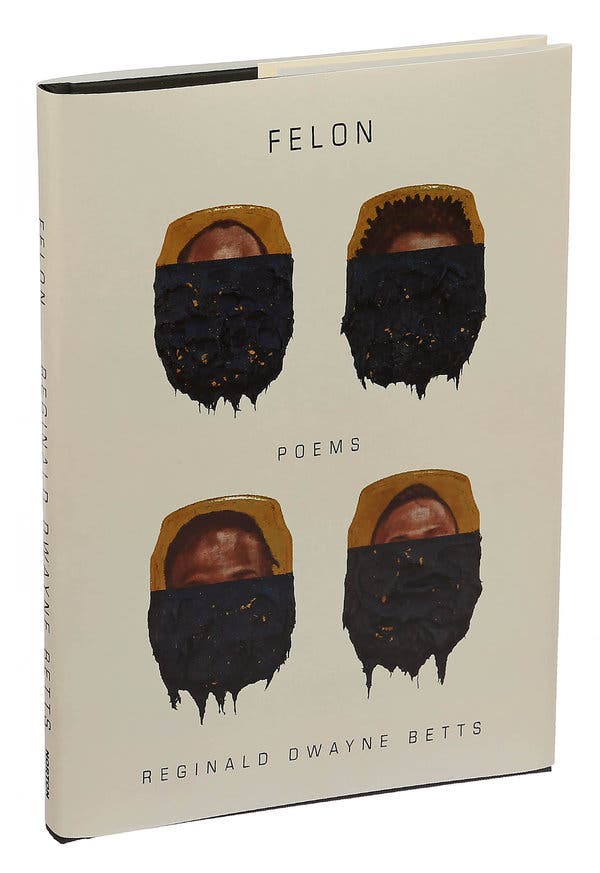 In “When I Think of Tamir Rice While Driving,” Betts writes, having already warned his sons about toy pistols:

could be a funeral procession.

He writes about how the digital world keeps one’s past in the ever-present, his crimes never allowed to recede from view, “the online / account of our background a song of tragedy & regret.”

There’s a shadow book in “Felon,” and it is about alcohol. In this collection’s first poem, “Ghazal,” Betts writes:

My lover don’t believe in my sadness. She says whisky,
not time, is what left me wrecked after prison.

Other poems chart the “whisky flowing like gospel in my veins” and “My liver, awash in all but dregs / of a charred oak cask, / soaked in barley’s amber.” Sometimes but not often on this topic, there is almost a smile: “His mother told him. Airport bars always pour something nice. Distance makes bartenders understand suffering.”

In these poems, Betts carries his atrophied affection for America into forms of renewal. One poem is titled “On Voting for Barack Obama in a Nat Turner T-Shirt.”

In prison, Betts wrote in his memoir, letters were known as “kites,” because they flew up and out. The poems in “Felon” are kites of a different sort — bruised, sensitive, wounded missives, sent into hard wind, from a man in transition.