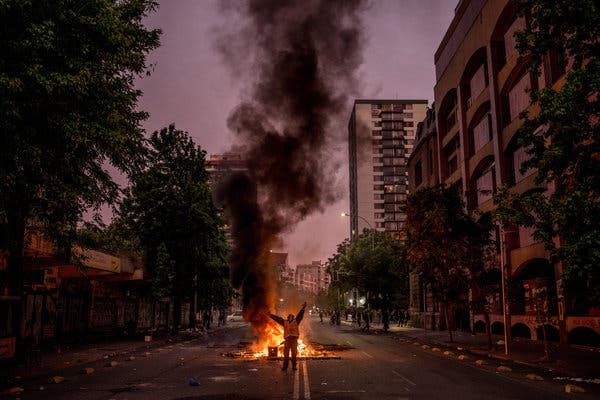 A country upended: Protesters erected a barricade on a Santiago street last week.

SANTIAGO, Chile — The suddenness of the protests, the anger that spilled onto the streets every day, might have been surprising anywhere. But in the country often lauded as Latin America’s great economic success story, it has shocked the world.

For three weeks, Chile has been in upheaval. One day alone, more than a million people took to the streets of Santiago, the capital.

Perhaps the only people not shocked are Chileans. In the chaos, they see a reckoning. The promise that political leaders from the left as well as right have made for decades — that free markets would lead to prosperity, and prosperity would take care of other problems — has failed them.

For a while, the promise seemed to be working. The country moved from dictatorship to democracy in 1990, and decades of economic growth and democracy followed, with one government peacefully replacing another.

But that growth did not reach all Chileans.

Inequality is still deeply entrenched. Chile’s middle class is struggling with high prices, low wages, and a privatized retirement system that leaves many older people in bitter poverty. And a series of corruption and tax-evasion scandals have eroded faith in the country’s political and corporate elite.

“This is a sort of legitimacy crisis,” said Cristóbal Rovira Kaltwasser, a political scientist at Diego Portales University in Santiago. “People start to say, ‘O.K., why is it we have to pay that, and the very rich are not paying their fair share?”

“And at the same time, we have a political class that’s totally out of touch,” Mr. Kaltwasser added.

In an attempt to restore order, President Sebastián Piñera scrapped the four-cent subway fare increase that set off the initial demonstrations. Then he deployed the military in Chile’s streets for the first time since the country’s transition to democracy.

When that didn’t quell the protests, Mr. Piñera went on television to ask for forgiveness and promise higher pensions, better health coverage, higher taxes for the rich and pay cuts for politicians. Later, he asked his cabinet to resign.

But demonstrators were not convinced. 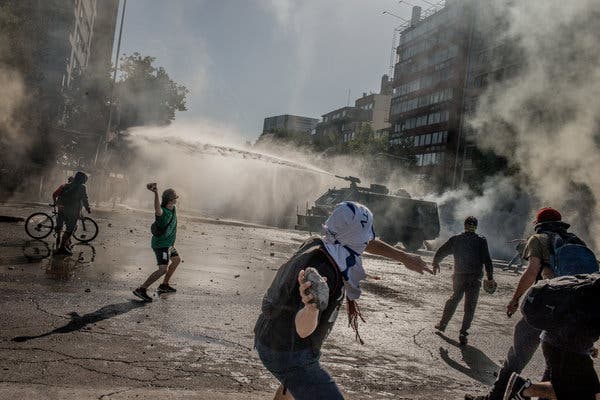 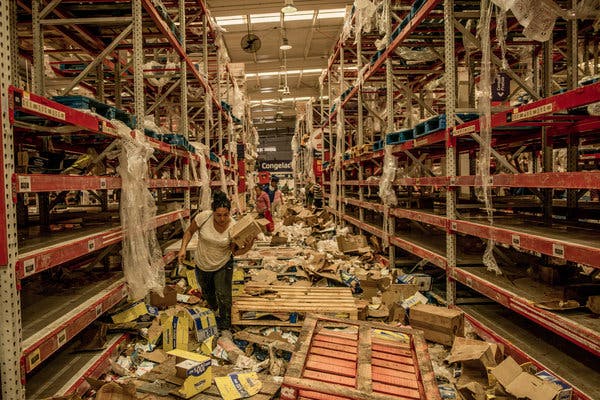 The remains of a looted supermarket. 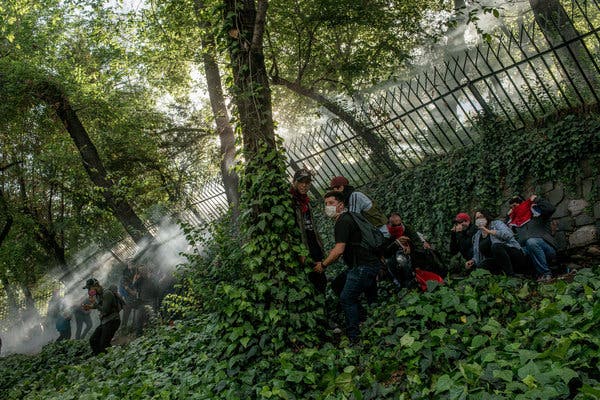 At the protest in O’Higgins park, that was certainly the view of Luis Ochoa Pérez, who was selling flags near the entrance.

“The abuses haven’t stopped,” he said, “so we have to go into the streets.”

His best-selling flag, of his own design, demanded Mr. Piñera’s resignation.

Minutes later, it sold out.

Javiera López Layana, 24, an activist and student at the University of Chile who helped organize the protest, was buzzing with excitement.

Many of the speakers had used the term “el pueblo” when describing the Chilean people, she pointed out. To an outsider, it seemed like a tiny detail. But that term, which in Latin America is associated with the left, had been taboo in Chile for as long as Ms. López could remember. Its resurgence seemed as if it could be a harbinger of more significant change.

The end of the Pinochet dictatorship, in 1990, came with an implicit caveat: Military rule would end, but the socialist policies of Salvador Allende, the leftist president Gen. Augusto Pinochet had deposed in a coup, would not return. Subsequent governments preserved the extreme laissez-faire economic system imposed in the 1970s and 1980s.

But today, widespread public anger over the inequality and economic precarity that many Chileans see as a consequence of that system means that conservative economic policies may be more of a threat to political stability than a means of ensuring it.

“It’s not 30 pesos, it’s 30 years” has become one of the slogans of the protests — a reference to the proposed metro fare increase that set off the crisis and to the three decades since military rule ended.