The decade before the 20th century began saw an explosion in bicycle sales and cycling in general. The so-called “safety bicycle,” with wheels of equal size and a chain mechanism that allowed pedaling to drive the back wheel, along with the arrival of the pneumatic tire, had transformed cycling from an acrobatic and somewhat perilous enterprise into a pleasurable, less hazardousand even utilitarian recreation. Bicycles were mass produced as men increasingly used them to commute to work.

Especially significant was that women, for the first time, took to the activity, relishing the freedom it gave them from the restrictions of a homebound existence. Corsets and billowy skirts even gave way to bloomers so that women could ride comfortably. The bicycle was very much a part of the early women’s movement.

“Let me tell you what I think of bicycling,” the suffragist Susan B. Anthony said in an 1896 interview in The New York World with the pioneering journalist Nellie Bly. “I think it has done more to emancipate women than anything else in the world. I stand and rejoice every time I see a woman ride by on a wheel. It gives woman a feeling of freedom and self-reliance. It makes her feel as if she were independent. The moment she takes her seat she knows she can’t get into harm unless she gets off her bicycle, and away she goes, the picture of free, untrammeled womanhood.”

If ever there was an avatar of these combined social trends, “of free, untrammeled womanhood,” it was Annie Cohen Kopchovsky, a Latvian immigrant who in June 1894, at about age 23, cycled away from her Boston home, leaving a husband and three small children, for a journey around the world. Though Thomas Stevens, an Englishman, had circumnavigated the globe on a high-wheeler several years earlier, no woman had tried such a feat.

Keeping her husband and family a secret for most of her journey, she called herself Annie Londonderry and agreed, in exchange for $100, to attach an advertisement to her bicycle for the Londonderry Lithia Spring Water Company of New Hampshire. Her bicycle and her person became a rolling billboard, the first of many moneymaking schemes she would come up with to finance her travels.

Along the way, she signed and sold souvenirs, gave exhibitions of bicycling and delivered lectures to often sizable crowds, whom she had alerted to her presence by sending telegrams to local newspapers in advance of her arrival.

She delighted crowds with tales of her adventures that reportersdutifully reported — tall tales, many of them. One was that she had been waylaid by bandits in France, another that she had hunted Bengal tigers in India, and still another that she had traveled to the front lines of the Sino-Japanese War, where she was shot in the shoulder. She claimed, at various times, to be a Harvard medical student, a lawyer, an orphan, the founder of a newspaper and an accountant. With her gift for self-invention and self-promotion, there was as much P.T. Barnum in her as there was Susan B. Anthony.

Her audacious trip was completed in September 1895, her return to Boston reported on in The New York Times in straightforward fashion. She arrived with a broken arm, having pedaled for hundreds of miles with the injury, which she said was from a fall.

But the journey was not everything it appeared to be. Details were shrouded in uncertainty, largely owing to Kopchovsky’s penchant for hyperbolizing.
Overlooked No More: Lillias Campbell Davidson, an Early Advocate for Women’s Cycling 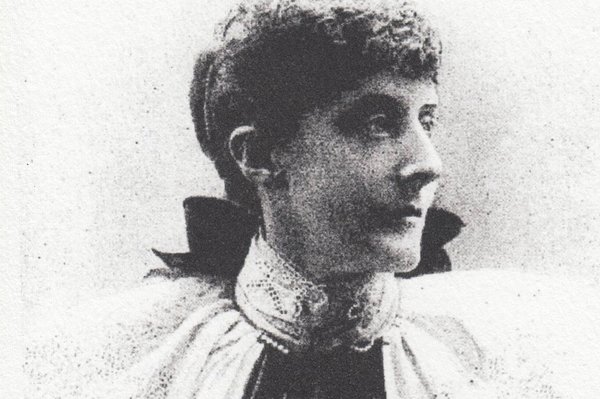 Indeed, it’s most likely true that she circumnavigated the globe with a bicycle rather than entirely on one; the evidence is strong that from western Europe through the Middle East, the subcontinent and Asia, from Marseilles to Yokohama, she traveled mostly by steamship.

The first leg of her trip took her from Boston to Chicago, and the last, from San Francisco to Chicago, via El Paso, were accomplished — for the most part, it seems — on two wheels, and thus it is a reasonable claim that she was the first female cyclist to cross the American continent.

In any case her journey was a pioneering one in the history of women’s athletics, in which she cycled thousands of miles.

She was a novice cyclist when she set out, and her first vehicle was a poor one, a clunky tank of a machine weighing 42 pounds. (Most bicycles today weigh 21 to 29 pounds.) She did not discard skirts in favor of bloomers or men’s pants for several months. The roads were often unpaved, and it took her three months to make it first to New York and then to Chicago. By then it was late September, too late in the year to begin a ride across the Great Plains.