A half-century ago, 1969 capped a radical, idealistic decade that saw the rise of the hippie generation and the assassinations of John F. Kennedy, Robert F. Kennedy and the Rev. Dr. Martin Luther King Jr. Woodstock, perhaps the most famous concert ever, happened that summer, with free love and drugs serving as backdrops to sets by Jimi Hendrix, Santana, Richie Havens and others.

But another large, raucous rock festival that year became notorious for very different reasons: Altamont. That December, the Rolling Stones and the Grateful Dead organized an impromptu concert at Altamont Speedway, in the golden hills of Northern California’s East Bay, that drew an estimated 300,000 people. Four people died, including a man who was killed by members of the Hells Angels who had been hired to provide “security” for the event.

So much for peace and love. 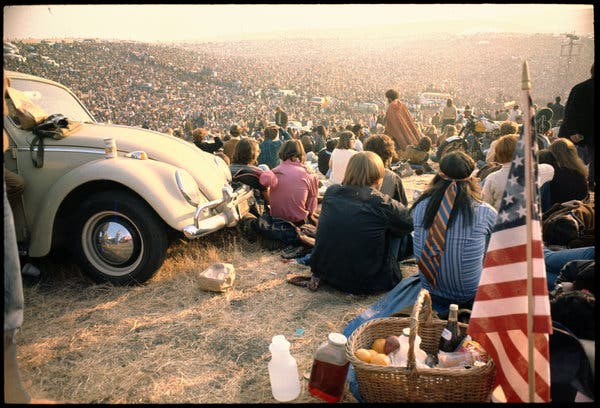 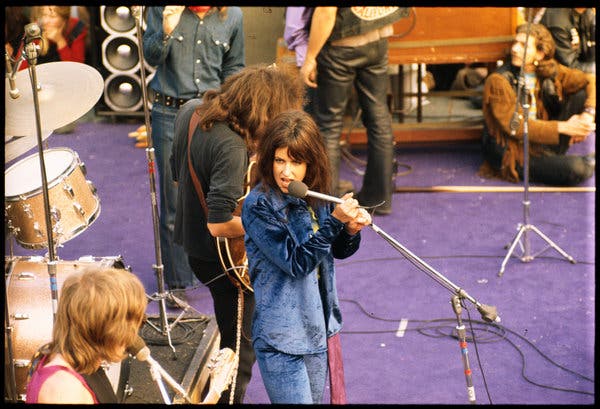 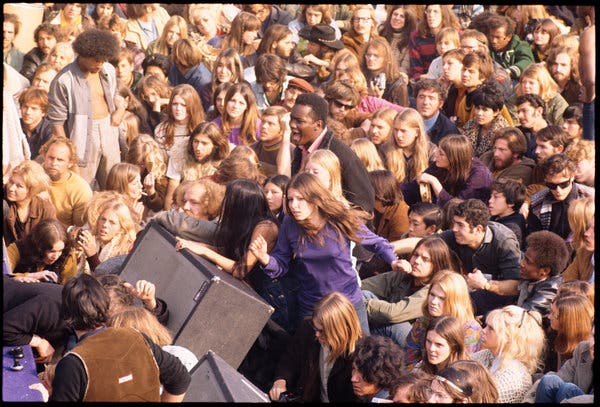 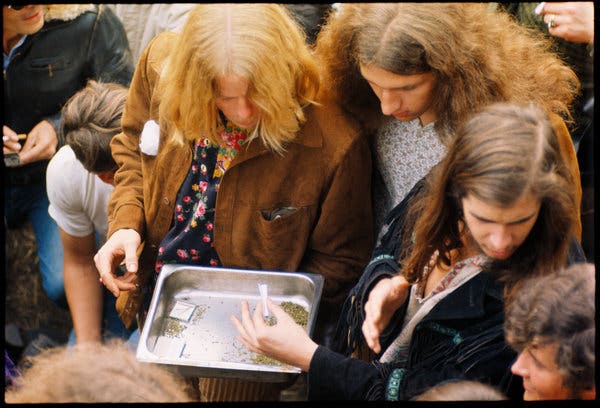 The concert was featured in the documentary film “Gimme Shelter,” and a few photojournalists captured the experience. Among them was Bill Owens, who would soon rise to photographic fame for his seminal early 1970s project “Suburbia,” which cheekily documented the rise of the suburbs in California.

In December 1969, he was working as a photographer for The Independent, a newspaper in nearby Livermore, Calif., when his friend Beth Bagby and her boyfriend, Robert, who worked for The Associated Press, called to see if he wanted to shoot the concert. His editors gave him the day off as long as he let them publish a photo of the gathering.

“The concert was going to be on a Saturday morning,” he recalled. “For some reason I had a motorcycle, probably because it was $85. So I drove my motorcycle out, and I went on the back roads. People were abandoning their cars, so pretty soon I had to ditch the motorcycle, because there was a barbed-wire fence there, and I couldn’t take it up this hill.”