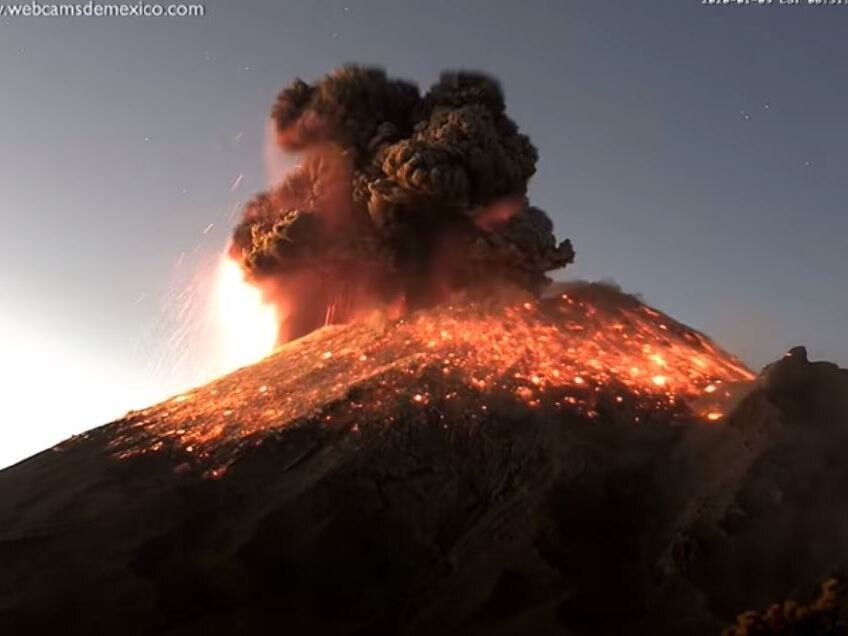 Officials say threat levels are at a “yellow phase 2,” and are warning people to stay away from the volcano and its crater “due to the danger of falling ballistic fragments.”

Mexico’s Popocatépetl volcano burst to life on Thursday in a spectacular gush of lava and clouds of ash that hurled incandescent rock about 20,000 feet into the sky.

The dramatic explosion of the active stratovolcano, a little over 40 miles southeast of Mexico City, was captured on video by Mexico’s National Center for Disaster Prevention, CENAPRED.

The eruption of Mexico’s most active volcano, Popocatépetl, on Thursday was captured by civil defense officials.

Officials say no one was hurt as a result of the eruption.

Still, CENAPRED has set the warning level at “yellow phase 2,” meaning there is no imminent danger. But the center is urging people not to get too close to the volcano or the crater, which is even more hazardous “due to the danger of falling ballistic fragments.”

A satellite recorded the explosion of Popocatépetl — a name that means “smoky mountain” in the indigenous Náhuatl language.

The satellite also “detected sulfur dioxide in the plume,” the National Oceanic and Atmospheric Administration wrote in a tweet.

#GOESEast recorded the #eruption of #Mexico‘s #Popocatépetl #volcano this morning (which spewed an #AshCloud ~20,000 feet into the air) via its #GeoColor band. It also detected #SulfurDioxide in the #plume, as shown in the second SO2 composite.
More: http://go.usa.gov/xpScB 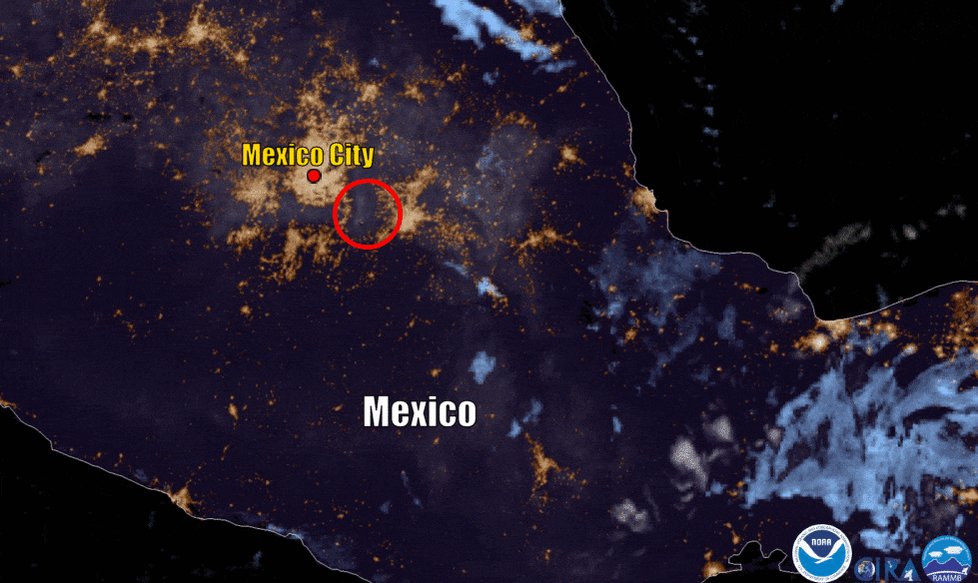 The head of civil protection, David Leon Romero, said the hours following the eruption were mostly quiet, despite “268 exhalations” that were accompanied by water vapor, gas and light amounts of ash, according to El Universal.