SANTIAGO, Chile — Chile, like numerous other countries, has been debating whether to welcome migrants — mostly from Haiti, Colombia, Peru and Venezuela — or to keep them out. Although only half a million immigrants live in this nation of 17.7 million, right-wing politicians have stoked anti-immigrant sentiment, opposed the increased rates of immigration in the past decade and directed bile especially against Haitian immigrants.

Immigration was a major issue in elections here in November and December. The winner was Sebastián Piñera, a 68-year-old center-right billionaire who was president from 2010 to 2014 and will take over in March. Mr. Piñera blamed immigrants for delinquency, drug trafficking and organized crime. He benefited from the support of José Antonio Kast, a far-right politician who has been campaigning to build physical barriers along the borders with Peru and Bolivia to stop immigrants.

Chileans aren’t alone in witnessing growing xenophobia and nativism, but we would do well to remember our own history, which offers a model for how to act when we are confronted with strangers seeking sanctuary.

On Aug. 4, 1939, the Winnipeg set sail for Chile from the French port of Pauillac with more than 2,000 refugees who had fled their Spanish homeland.

A few months earlier, Gen. Francisco Franco — aided by Mussolini and Hitler — had defeated the forces of the democratically elected government of Spain. The fascists unleashed a wave of violence and murder. 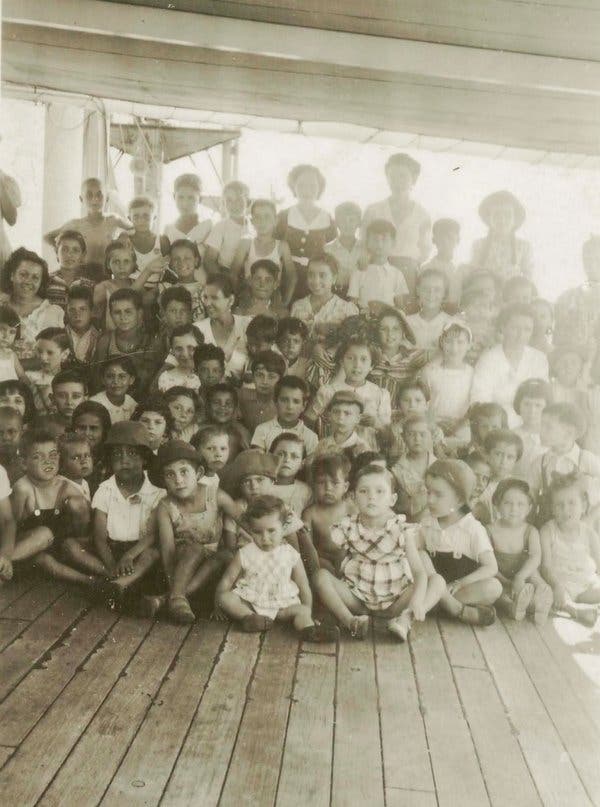 Women and children aboard the Winnipeg, bound for the Chilean port of Valparaíso.

Among the hundreds of thousands of desperate supporters of the Spanish Republic who had crossed the Pyrenees to escape that onslaught were the men, women and children who would board the Winnipeg and arrive a month later at the Chilean port of Valparaíso.

The person responsible for their miraculous escape was Pablo Neruda, who, at the age of 34, was already considered Chile’s greatest poet. His prestige in 1939 was indeed significant enough for him to be able to persuade Chile’s president, Pedro Aguirre Cerda, that it was imperative for their small country to offer asylum to some of the mistreated Spanish patriots rotting in French internment camps.

Not only would this set a humanitarian example, Neruda said, but it would also provide Chile with much needed foreign expertise and talent for its own development. The president agreed to authorize some visas, but the poet himself would have to find the funds for the costly fares of those émigrés as well as for food and lodging during their first six months in the country. And Neruda, once he was in France coordinating the operation, needed to vet the émigrés to ensure they possessed the best technical skills and unimpeachable moral character.

It took considerable courage for President Aguirre Cerda to welcome the Spanish refugees to Chile. The country was poor, still reeling from the long-term effects of the Depression, with a high rate of unemployment — and had just suffered a devastating earthquake in Chillán that had killed 28,000 people and left many more injured and homeless.

An unrelenting nativist campaign by right-wing parties and their media, sensing a chance to attack the president’s Popular Front government, painted the prospective asylum seekers as “undesirables”: rapists, criminals, anti-Christian agitators whose presence, according to one chauvinistic editorial in Chile’s leading conservative paper, would be “incompatible with social tranquillity and the best manners.”

Neruda realized that it would be cheaper to charter a ship and fill it up with the refugees than to send them, one family at a time, to Chile. The Winnipeg was available but since it was a cargo boat it had to be refurbished to accommodate some 2,000 passengers with berths, canteens for meals, an infirmary, a nursery for the very young and, of course, latrines.

While volunteers from the French Communist Party worked around the clock to ready the vessel, Neruda was gathering donations from all over Latin America — and from friends like Pablo Picasso — to finance the increasingly exorbitant enterprise. Time was short: Europe was bracing for war, and bureaucrats in Santiago and Paris were sabotaging the effort. With only half the cash in hand one month before the ship was set to sail, a group of American Quakers unexpectedly offered to supply the rest of the required funds.

Through it all, Neruda was fueled by his love for Spain and his compassion for the victims of fascism, including one of his best friends, the poet Federico García Lorca, who had been murdered by a fascist death squad in 1936.

As Chile’s consul during the early years of the Spanish Republic, Neruda had witnessed the bombardment of Madrid. The destruction of that city he loved and the assault upon culture and freedom were to mark him for the rest of his life and drastically change his literary priorities.

After the fall of the Republic, he declared, “I swear to defend until my death what has been murdered in Spain: the right to happiness.” No wonder he proclaimed the Winnipeg to have been his “most beautiful poem” as it steamed away — without him or his wife, as they did not want to occupy space that was better occupied by those whose lives were in danger.

And when that magnificent, gigantic, floating “poem” of his, after a hazardous voyage, finally reached Valparaíso, its passengers — despite the protests of right-wing nationalists and Nazi sympathizers — were given a welcome befitting heroes.

Awaiting the penniless survivors of Franco’s legions was President Aguirre Cerda’s personal representative — his health minister, a young doctor named Salvador Allende. Cheering crowds amassed on the dock, singing Spanish songs of resistance, gathered to greet the refugees, some of whom already had jobs lined up.

The refugees who came ashore on the Winnipeg would go on to help fashion a more prosperous, open and inventive Chile. They included the historian Leopoldo Castedo, the book designer Mauricio Amster, the playwright and essayist José Ricardo Morales and the painters Roser Bru and José Balmes.

Almost 80 years later, those undesirables pose disturbing questions for us, both in Chile and elsewhere. Where are the presidents who welcome destitute refugees with open arms despite the most virulent slander against them? Where are the Nerudas of yesteryear, ready to launch ships like poems to defend the right to happiness?

One thought on “A Lesson on Immigration From Pablo Neruda”