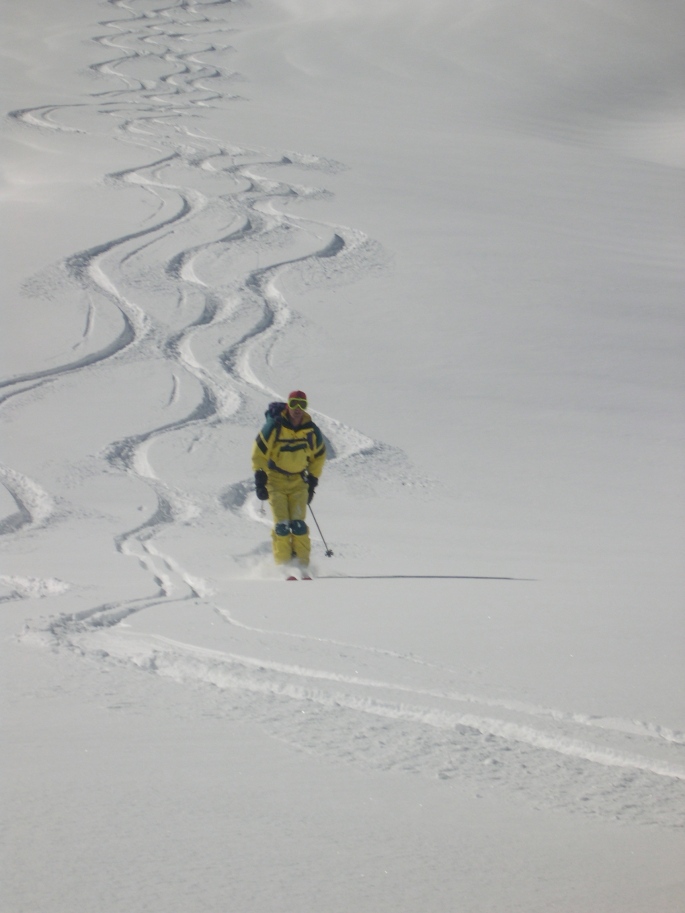 I can see time flying.

Coffee on the couch. Reading a short story in The New Yorker about Khmer immigrants in California, survivors of Pol Pot’s camps. Listening, absently, to the clicking of studded tires on snowless pavement out front.

7:15 a.m. A pinkish dawn on the upper branches of the spruce across the street. And there is the moon. Waning, two or three days past full, moving down and west behind those high spruce branches.

There used to be a second spruce, taller even and bigger around than this one, growing near the sidewalk in this neighbor’s yard. Closer to where I sit on the couch. Able to catch the first sun rays even earlier. This tree blew down in a terrific windstorm a couple of Februarys ago not long after Ellen and I moved here. I’d been astonished to learn from the neighbor, Anna, that her spruce were planted (they are not native to the east side of the Cascades) after her house was built, in the nineteen teens. So these trees were just 90-some years old and already four feet across the base and 100 feet tall. In Colorado, where Ellen and I raised our girls, spruce this big were extremely rare, and would have been growing for 400 years probably. It is that much wetter here in Oregon. That and the well-drained volcanic soil, I guess.

Anyway, that morning five years ago as I was eating breakfast my eyes ran back and forth from my cereal bowl to the trees across the street, which were swaying violently in the wind. I thought of John Muir who wrote with rapture about climbing a 100-foot spruce in a Sierra windstorm, how the tree and he, clinging to its topmost branches, traveled back and forth in big arcs, around and around through space, how thrilling it was and how contrary to the staid notion that trees, rooted as they are, don’t go anywhere during their often long lives.

Anna’s spruce was tracing big parabolas in the sky as I loaded skis and drove to the mountain. Some time mid-morning Ellen called with a subsiding panic in her voice.

“Anna’s tree blew down! The big one on the corner. I heard the crash. Maybe I felt it too. Shake the house. The house is fine. But it came pretty close. It’s so huge!”

Her heart was still racing. The spruce came down on a diagonal across the street and sheared some branches off an old mountain ash in our front yard, missing our place by a scant 20 feet. When I got home the massive trunk filled the view from west to east. Power lines were down, still live. A rental car parked on the street near the upturned root ball was engulfed in greenery, spared miraculously by thick lower branches, like Doric columns supporting the now horizontal trunk; otherwise the car would have been crushed.

Anna has planted a new baby evergreen, a pine, in the spruce’s place. It’s already 15 feet tall. The old spruce behind it towers over the immediate neighborhood, first to catch the morning sun. Anna’s house, a lovely, gabled Craftsman, built at the height of the logging boom, when mills on the Deschutes River produced more pine lumber than anywhere else in America, waits below for the sunlight to reach it. Our smaller, hip-roofed house, built three decades later, in 1950, as the ponderosa were logged out and the mills began to close, will feel the light a few minutes later still.

Meanwhile the moon, this morning’s moon, is moving so fast I can see it fly by. There isn’t a breath of wind. So the still, upturned branches of Anna’s spruce are a perfect marker of the moon’s progress. I take a sip of coffee and a bright white edge slips behind the needles. Another sip and more of the fulsome curve is gone, the day racing into being.