The Colorado River — which provides water to more than 40 million people from Denver to Los Angeles — has seen its flow dwindle by 20 percent compared to the last century, and scientists have found that climate change is mainly to blame. 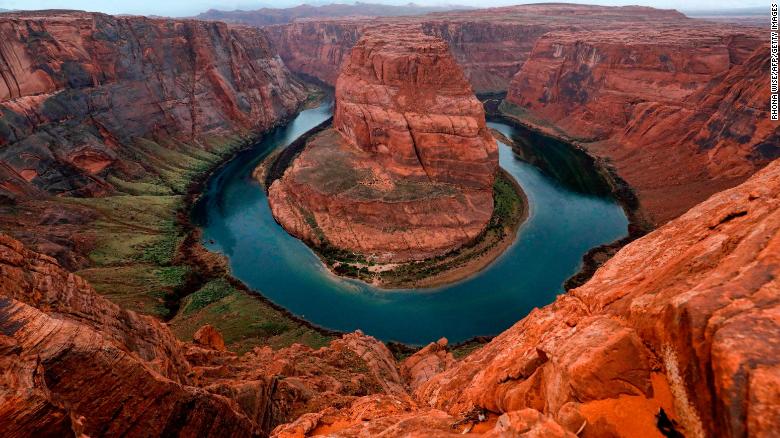 The Colorado River wraps around Horseshoe Bend in Page, Arizona. A new study finds that this vital river is in grave danger due to rising temperatures.
The researchers found that more than half of the decline in the river’s flow is connected to increasing temperatures, and as warming continues, they say the risk of “severe water shortages” for the millions that rely on it is expected to grow.
For each 1.8 degrees Fahrenheit of warming averaged across the river’s basin, the study found that its flow has decreased by nearly 10%. Over the course of the 20th and early 21st centuries, the region has already warmed by an average of roughly 1.6 degrees Fahrenheit.
The study also examined the impact that action to curb pollution of heat-trapping gases could have on the river’s water supply.
Some decrease in the flow is likely no matter what actions are taken, but without any cuts to emissions, the report says the river’s discharge could shrink by between 19% and 31% by the middle of this century. 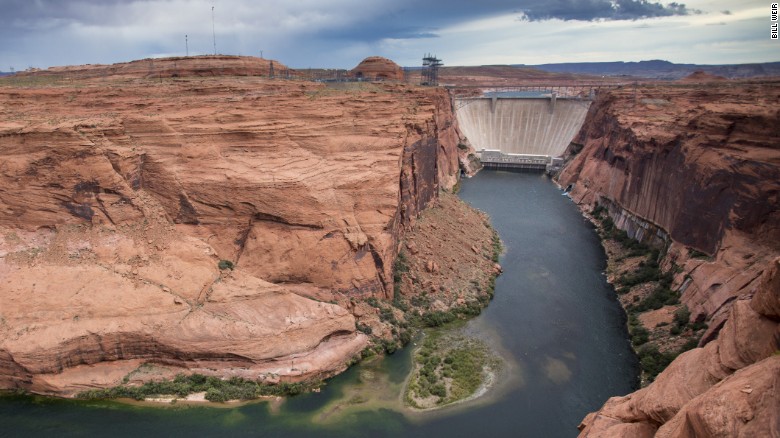 Scientists say climate change is mainly to blame for declines in the Colorado River’s flow.
The study — conducted by US Geological Survey scientists Chris Milly and Krista A. Dunne and published Thursday in the journal Science — adds urgency to efforts to protect one of the country’s most vital rivers.
The Colorado River starts high in the Rocky Mountains of Colorado and Wyoming, before snaking its way across the Southwest on its way to the Gulf of California.
But by the time it arrives there, its flow is reduced to a trickle, says Brad Udall, a senior climate scientist at Colorado State University who has studied the Colorado River basin for 30 years.
En route, water is diverted to supply major cities like Denver, Los Angeles, Las Vegas and San Diego, as well as farms in the US and Mexico that grow the vegetables that feed millions around the world.
All told, Milly and Dunne say the river supports around $1 trillion of economic activity each year.
“Without this river, American cities in the Southwest would dry up and blow away,” Udall said.
However, the river’s problems start well before it reaches people’s faucets.
Global warming is taking a severe toll on the snowpack that feeds the river, the scientists found. As temperatures increase, snow cover in the region is declining, meaning less energy from the sun is reflected back into space and more warms the ground as heat.
This triggers a vicious cycle that leads to even more evaporation and therefore, less water supply. 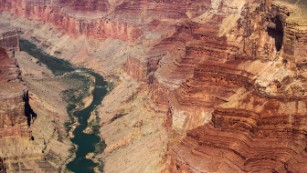 Colorado River under pressure: How long can it keep flowing?
The river’s flow has also been diminished by a severe drought that’s spanned much of the last two decades, leaving its two main reservoirs — Lake Powell and Lake Mead — barely half full.
Access to the Colorado River’s water has long been a contentious issue among the seven states that rely on it.
Last year, a new deal was reached that will govern the rights to it until 2026, but Udall says negotiations will get under way later this year to determine how to divvy up the water in a drier, more arid future.
Udall says these new findings show that the only way to save the river is by addressing the root cause of the problem: climate change.
“The science is crystal clear — we must reduce greenhouse gas emissions immediately,” he says. “We now have the technologies, the policies and favorable economics to accomplish greenhouse gas reductions. What we lack is the will.”
~~~~
By
Juliet Eilperin

The Colorado River’s average annual flow has declined by nearly 20 percent compared to the last century, and researchers have identified one of the main culprits: climate change is causing mountain snowpack to disappear, leading to increased evaporation.

Up to half of the drop in the Colorado’s average annual flow since 2000 has been driven by warmer temperatures, four recent studies found. Now, two U.S. Geological Survey researchers have concluded that much of this climate-induced decline — amounting to 1.5 billion tons of missing water, equal to the annual water consumption of more than 10 million Americans — comes from the fact that the region’s snowpack is shrinking and melting earlier. Less snow means less heat is reflected from the sun, creating a feedback loop known as the albedo effect, they say.