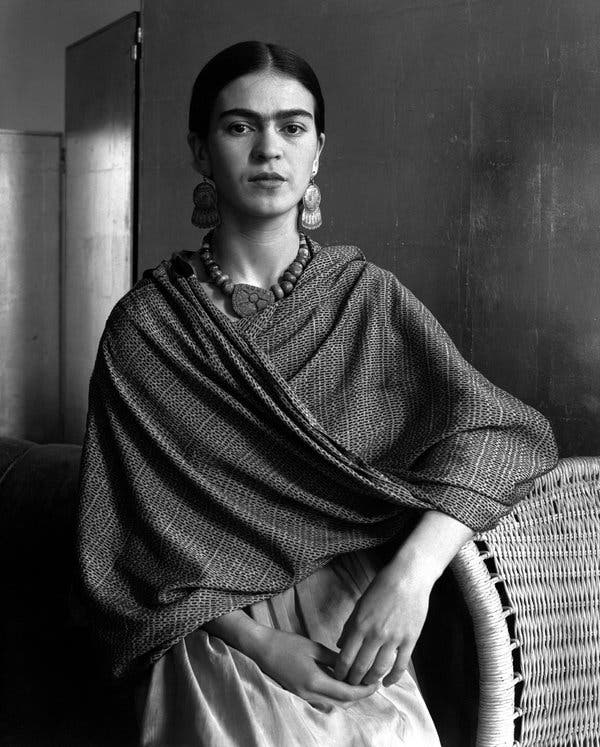 It’s said that Frida Kahlo’s status in popular culture resembles a cross between a cult and a brand. At a time when oven mitts stamped with her likeness are found in museum gift shops, and her prosthetic leg is displayed like a saint’s relic in exhibitions, it’s hard to imagine Kahlo as an unknown artist at the start of her career. During the Depression, when she began to invent the flamboyant forms of identification with the Indigenous Mexicanidad for which she became famous, one could not have foreseen the current extent of Fridamania — our fascination with her carefully constructed personal mythos. (At some point she even changed her birth date from 1907 to 1910, the start of the Mexican Revolution, and elided the “e” in “Frieda” to make her name more authentically Mexican.)

It’s intriguing to encounter an artist in the act of becoming herself, and in “Frida in America,” Celia Stahr aims to do just that, returning us to Kahlo’s early days in San Francisco, New York and Detroit in the 1930s, when she and her husband, the artist Diego Rivera, were newlyweds. While Rivera was absorbed in painting large-scale social realist tableaus, Kahlo began fashioning modes of self-presentation in implicit opposition to the capitalist values of their host country, then painting canvases in the same style, marking major steps in her “creative awakening.”

Stahr, who teaches art history at the University of San Francisco, bases her narrative on the diary of Lucienne Bloch, a woman who became Kahlo’s confidante in the United States, as well as on correspondence between Kahlo and her family back in Mexico, beginning her book with the artist’s arrival with Rivera in San Francisco in 1930. There, Frida came to see her mixed heritage (she had a German father and a Mexican mother) as a source of distinction and started to develop the image of the mestiza in her appearance and work as an icon of Mexican national identity.

She did this first in her dress, emphasizing her “outsider status” to distinguish herself from Americans, who incurred her ongoing hostility. (Letters to her mother made an exception for San Francisco’s Chinese: They too were outsiders, their costumes and festivities “simpáticos.”) In a work from this period, “Portrait of Eva Frederick,” Kahlo painted her African-American subject as both “an independent ‘New Woman’” and a “New Negro,” Stahr writes. Moreover, she had Frederick dress in a “Mexican-looking” garment, suggesting that Kahlo saw something of herself in her model.

Her 1931 canvas “Frieda and Diego Rivera,” often called a wedding portrait, depicts the artist as a diminutive but proud campesina — “a nationalist image,” Stahr notes, intended for an American audience — next to her imposingly large husband. Presenting herself in her painting as the wife of a famous artist, the 23-year-old Kahlo had begun confronting head-on “the complexity of being a stranger in a strange land.”

The complexities of the Riveras’ relations with America intensified when they moved to New York, where the Museum of Modern Art wanted to host a retrospective of Diego’s work. The contrast between the high society with whom they often socialized and the ordinary citizens suffering the effects of the Depression shocked Frida. She complained in a letter to her mother of “the horrible poverty here and the millions of people who have no work, food or home,” adding, of Diego, “Unfortunately, he has to work for these filthy rich asses.” 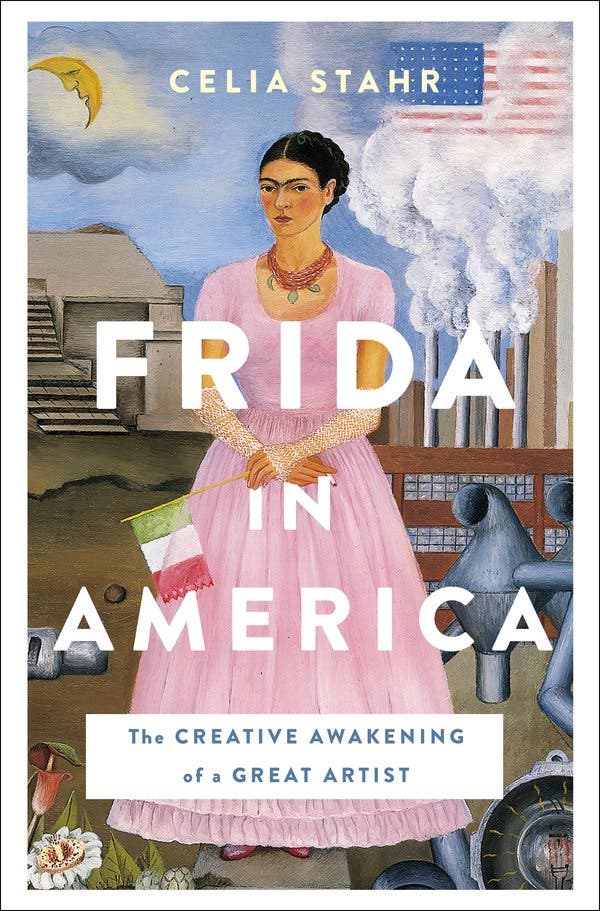