I had a conversation with our friend Frank Coffey today while my wife shopped at the market keeping me out of the fracas.

We chatted while the cook made him breakfast.  Paco didn’t make it out of Paradiso on the last flight to the U.S.  Living in Colombia for the winter he was going to return to Colorado to pick up his tool bag and return to Portillo Chile for the upcoming winter as their Avalanchero.  But the universal pandemic came on.

Frank’s hotel was shut down a few days ago because the owners were mysteriously behind with the bank. The devolution of the hotel had begun with all the furniture being removed except for his pinche little room with bed and chair…

Paco being Paco went out, hired a cook since the hotel cocinaro had left without pay.  Frank can’t leave the hotel except once a week to go shopping and only when a certain number comes up matching his passport. And of course his lady friends have to skulk after dark to scratch on his screen.  Strange, but with the military running the show and Colombians used to military governments running the show, life just moves along more smoothly than in American … less autonomy, less questioning. 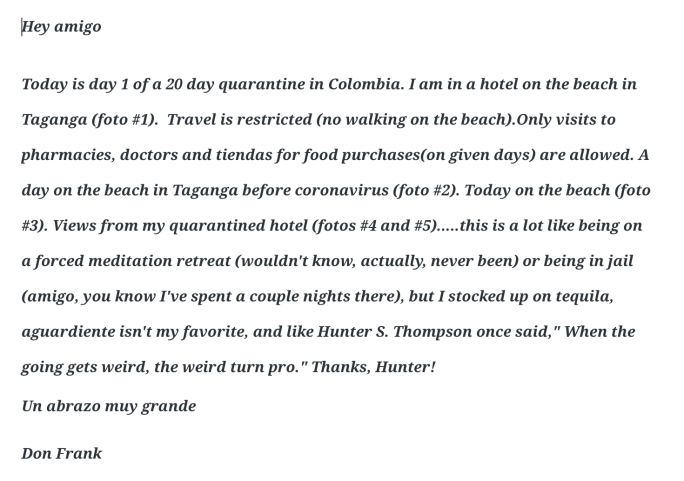 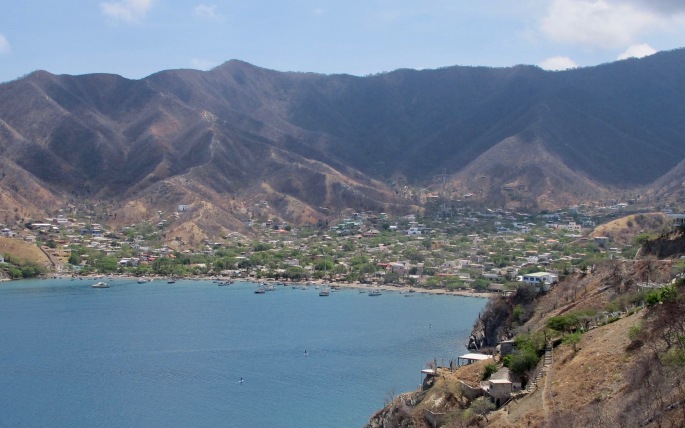 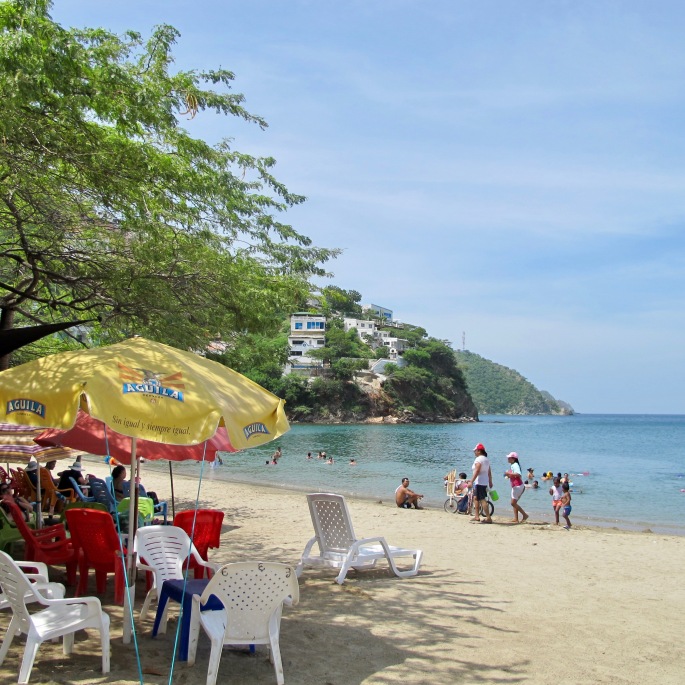 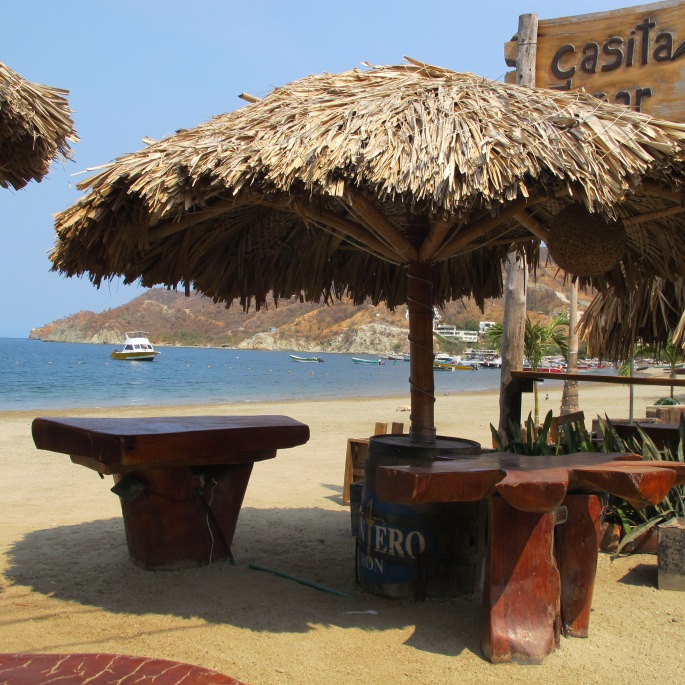