DHYE, Nepal — High in the Himalayas, on a rugged plateau dotted with empty mud huts, an exodus has begun.

In the village of Dhye, crops are stubby, dead stalks. Water is scarce. The only school closed a few years ago. With dwindling food, most families have packed their belongings and left, driven out by a faceless, man-made enemy.

They are Nepal’s climate-change migrants, and there will be more.

“I love this village,” said Sonam Chhiring Gurung, 76, one of the final holdouts, “but I can’t survive here much longer.”

Climate change is remaking the Himalayan region, putting at risk millions of South Asians who depend on its water resources and pushing mountain dwellers in northern Nepal, home to the world’s highest peaks, to build new settlements at lower altitudes.

Glacial melt has accelerated in the 1,500-mile-long Himalayas. Land once used for growing vegetables has become barren. Yak herders say they are struggling to find grazing patches for their animals. Scientists have found that rising temperatures could spread malaria and dengue to new areas of the Himalayas, where mosquitoes have started to appear in the highlands. 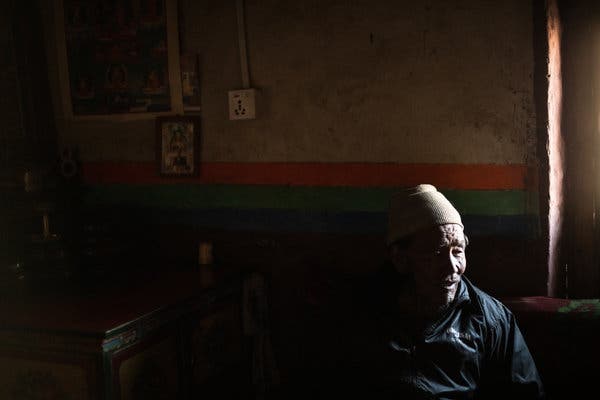 Around the world, tens of millions of people have already been displaced as a result of a warming planet. Researchers estimate that the number of climate-change migrants — those fleeing natural disasters, droughts or other calamities — could reach a billion by the end of the century.

South Asians are among the most vulnerable. Last year, after an unusually weak monsoon, water nearly ran out in Chennai, one of India’s biggest cities. In Bangladesh, up to 18 million people face displacement by 2050 from sea rise alone, according to the Environmental Justice Foundation. Extreme heat is making people sicker and poorer, and could sharply diminish the living standardsof 800 million people in the region if goals for mitigating climate change are not met.

Warmer Himalayas could have disastrous consequences for the subcontinent.

Last year, in one of the most complete studies on mountain warming, scientists warned that even if the world’s most ambitious climate change targets were met, at least one-third of Himalayan glaciers would melt by the end of the century.