BANGKOK — As China was stricken by the coronavirus in late February, its foreign minister addressed a concerned crowd in Laos, where farmers and fishers across the Mekong River region were contending with the worst drought in living memory.

His message: We feel your pain. The foreign minister, Wang Yi, said China was also suffering from arid conditions that were sucking water from one of the world’s most productive rivers.

But new research from American climatologists shows for the first time that China, where the headwaters of the Mekong spring forth from the Tibetan Plateau, was not experiencing the same hardship at all. Instead, Beijing’s engineers appear to have directly caused the record low water levels by limiting the river’s flow.

“The satellite data doesn’t lie, and there was plenty of water in the Tibetan Plateau, even as countries like Cambodia and Thailand were under extreme duress,” said Alan Basist, who co-wrote the report, which was released on Monday, for Eyes on Earth, a water resources monitor. 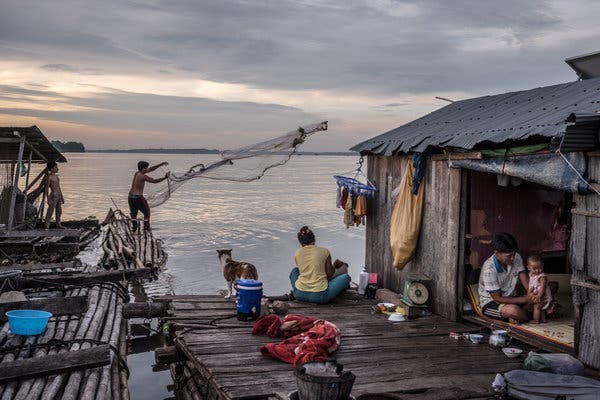 “There was just a huge volume of water that was being held back in China,” Mr. Basist added.

The Mekong is one of the most fertile rivers on earth, nurturing tens of millions of people with its nutrient rich waters and fisheries. But a series of dams, mostly in China, have robbed the river’s riches.

Those who depend on its inland fisheries say their catches have declined precipitously. Persistent droughts and sudden floods have buffeted farmers.

Beijing’s control of the upstream Mekong, which provides as much as 70 percent of the downstream water in the dry season, has raised hackles, even though the Southeast Asian nations depend on trade with China. While the Chinese government has introduced a global development program that it says will benefit poorer trading partners, a backlash is growing among countries that feel they are losing out.

“The problem is that the Chinese elite see water as something for their use, not as a shared commodity,” said Brian Eyler, director of the Stimson Center’s Southeast Asia program and author of “Last Days of the Mighty Mekong.”