A frequent visitor to Lloyd Kahn’s half-acre homestead is this scrub jay, who comes for the peanuts Mr. Kahn has taught the bird to eat from his hand. Credit…Aubrey Trinnaman for The New York Times

BOLINAS, Calif. — Self-sufficiency is like perfection, said Lloyd Kahn, the guru of guerrilla architecture and dean of all things D.I.Y. “You never quite get there, but you’re moving toward it all the time.”

On this late February morning, the chickens had been fed, the sourdough loaves baked and left cooling on a rack. The seedlings had been watered and the lunch lettuce was picked. And a batch of dye, made from sunny-petaled coreopsis, was bubbling on the stove in the outdoor kitchen, one of the many handmade outbuildings on this half-acre compound that is home and laboratory for Mr. Kahn and his wife, Lesley Creed.

For the last half-century, he has collected examples of owner-built, unarchitected dwellings — tree houses, wigwams, yurts, straw bale structures, soddies, bothies, Earthships and Gypsy caravans — in books like “Tiny Homes on the Move,” “Builders of the Pacific Coast” and “Home Work.” All of them were assembled by Mr. Kahn in the headquarters of his company, Shelter Publications, which is also housed here on the property in a sky-lit workshop. (It’s built from lumber recycled from old Navy barracks, with windows harvested from chicken coops.) 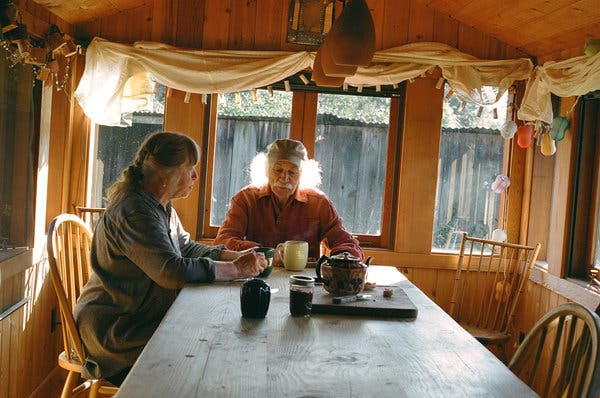 Mr. Kahn was once the shelter editor of the Whole Earth Catalog, the hippie bible and survival guide lauded by Steve Jobs as the Google of its time, but it was his 1973 opus, “Shelter,” that made his reputation.

Poetic and practical and laid out in an agreeably jumbly zine style, “Shelter” was a world tour of vernacular habitats, as well as a social history of hippie housing that proposed a new world order. (“I revolt against anything, everything and even that,” said one Dr. Tinkerpaw, then a curmudgeonly 76-year-old living in an undulating castle fashioned from beach salvage, on page 55.)

This handbook for the utopian-minded libertarians of the ’60s and ’70s has continued to inspire new generations of back-to-the-landers, along with the anti-consumerist adherents of Europe’s “degrowth” movement and, recently, the tech bros of Silicon Valley. As the world unravels, the practical lessons and homespun philosophies of “Shelter” are more urgent than nostalgic, drawing pilgrims to Mr. Kahn’s still-groovy abode. 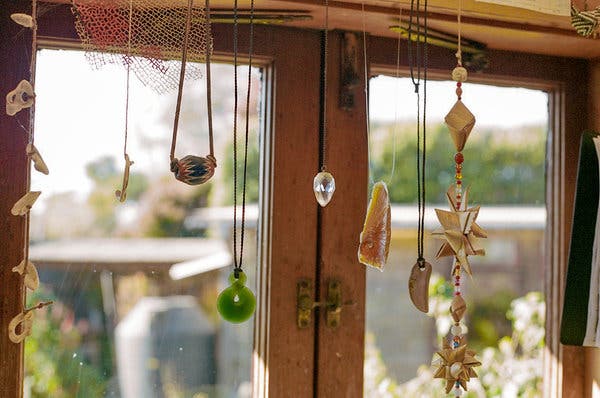 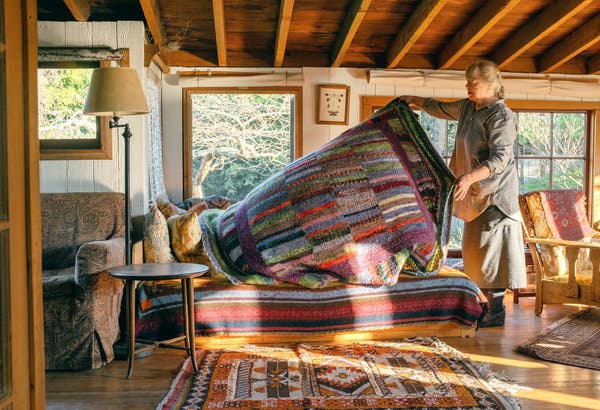 With a nimbus of curly white hair, a bushy white mustache and cheerful, beat-up features, Mr. Kahn invites encounters, a scruffy celebrity. “Hey Lloyd,” he’ll hear a stranger call out in some improbable locale, like the streets of Edinburgh. When Mr. Kahn took up skateboarding at 65, it added to his allure, though a bad wrist break two years ago made him retire his longboard.

“I still have a board in the truck,” he said. “But I think I made the mature decision.”

Ms. Creed raised an eyebrow. “Don’t call me if anything happens,” she said.

Recently, the art world came calling. Lukas Feireiss, a German artist and curator, and Leopold Banchini, a Swiss architect, have designed an entire exhibit around Mr. Kahn’s early oeuvre for the Architecture Biennale in Venice (a May event that has been postponed until late August). The show’s title is “How Will We Live Together?” and that question prompted the collaborators to examine, as they wrote in an email, the ideals and practices found in Shelter. The current pandemic notwithstanding, they are flying him out for the opening. (Mr. Feireiss added: “So how will we live together? It seems more clear than ever: in fear and anxiety!”)