Over the past week, as each thread of our ordinary existence unravels and travel feels like something we used to do, I’ve been holding tight to a single mental image. The deep brown gaze of a caribou calf as it passed inches from my face. The whites of its eyes as it glanced at me in surprise. The animal’s fear of the unknown dwarfed by its clarity of purpose.

On St. Patrick’s Day, 2012, my husband and I had set out on a 4,000-mile, human-powered journey from Bellingham, Wash., in the Pacific Northwest to Kotzebue, Alaska, far above the Arctic Circle. For nearly six months, traveling by rowboat, ski, packraft, foot and canoe, we’d made our way across some of the most remote landscapes on earth.

In the last days of our trip, we were canoeing down the swollen Noatak River in the Brooks Range of northern Alaska. Winter had arrived early that year and we paddled through the damp chill of rain turning to snow. Bundled and shivering, we never imagined we’d find ourselves hunkered down on a riverbank surrounded by caribou, our breath mingling with theirs.

But late one afternoon, as we rounded a bend in the river, I noticed what looked like a branch floating downstream. And then another. By the time we realized we weren’t seeing branches, but antlers, two caribou had landed on the far shore. They pranced and shimmied, water flying in beads off their coats. Waiting at the river’s edge were dozens more animals, poised to cross. We pulled our canoe out at the next eddy and stopped to watch. When the last of the animals had finished their swim, we hiked along the brushy bank to find the trail they’d followed to the river. At our feet was a crisscross of tracks, pressed freshly into the soft mud. 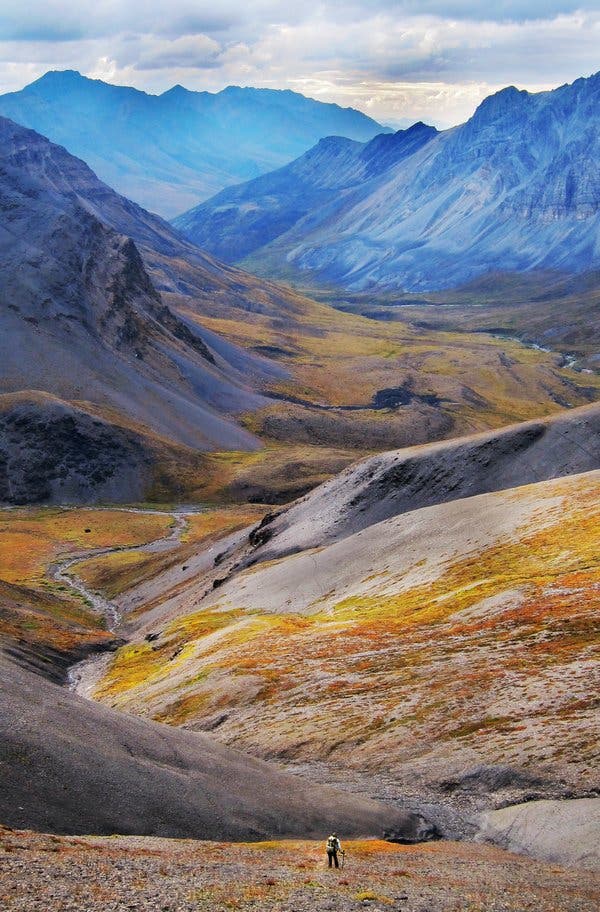 At first, everything was still. Then a wave of sound approached like a squall across the water and we crouched down to hide in the bushes. We felt the wave of energy before we saw the first animals, funneling down the hillside toward us. Suddenly we were embedded in the migration of the Western Arctic Caribou Herd. So close I could have reached out and touched their backs, the animals passed in single file on the path beside us. There were dozens of caribou, then hundreds, and soon we lost count. Breath steamy in the cool air, tendons in their legs clicking audibly, black noses moist and shiny, the urgency of their motion was palpable. They stopped only briefly to gather at the riverbank before crossing.

In magazine spreads and documentary footage, caribou migrationslook perfectly choreographed. From the air, tens of thousands of animals move synchronously as they dance across the tundra in sinuous waves. On the ground, backstage with the dancers, I discovered a different scene entirely. Instead of an orderly procession, the migration felt jumbled and jostling, anarchic and frenzied. Picture a schoolyard of kindergartners lining up from recess, limbs flailing, bodies in motion, all jockeying for position. 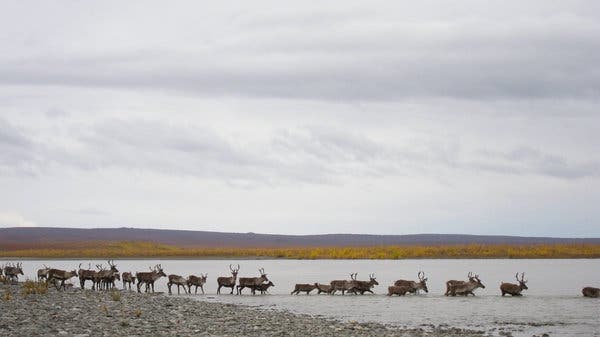 This was made worse by the fact that the river crossing had formed a bottleneck: Each caribou had to decide whether to leap from a six-foot bank into the swirling gray water below or to continue down the trail to another entry. In the moments of indecision, it was almost always a cow and calf that first took the plunge. The calves held tightly to their mothers’ sides, each pair exchanging quiet grunts as they splashed in the swift current. They were the ones with the most at stake; they were also the ones that couldn’t afford to delay. Still, they hesitated and stumbled, sometimes stepping forward only to jolt back a moment later, letting another caribou pass. I hadn’t ever imagined such disorder among these highly social animals, such chaos in their movements.