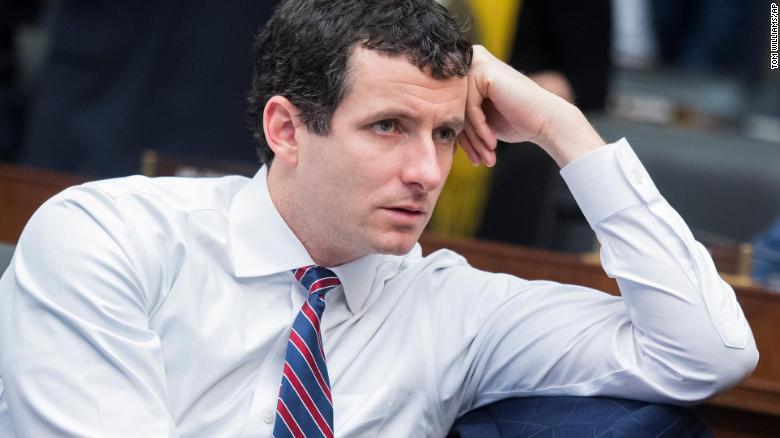 Washington (CNN)An Indiana congressman said Tuesday that letting more Americans die from the novel coronavirus is the “lesser of two evils” compared with the economy cratering due to social distancing measures.

Speaking with radio station WIBC in Indiana, Republican Rep. Trey Hollingsworth asserted that, while he appreciated the science behind the virus’ spread, “it is always the American government’s position to say, in the choice between the loss of our way of life as Americans and the loss of life, of American lives, we have to always choose the latter.”
“The social scientists are telling us about the economic disaster that is going on. Our (Gross Domestic Product) is supposed to be down 20% alone this quarter,” Hollingsworth said. “It is policymakers’ decision to put on our big boy and big girl pants and say it is the lesser of these two evils. It is not zero evil, but it is the lesser of these two evils and we intend to move forward that direction. That is our responsibility and to abdicate that is to insult the Americans that voted us into office.”
Hollingsworth told CNN, in a statement provided by his office later Tuesday, that “It’s hyperbolic to say that the only choices before us are the two corner solutions: no economy or widespread casualties.”
“We can use the best of biology and economics to enable as much of the economy to operate as possible while we work to minimize disease transmission.”
Relaxing social distancing measures now would contradict recommendations put forth by government agencies and public health experts.
The Centers for Disease Control and Prevention has been urging social distancing — defined as “remaining out of places where people meet or gather” and “avoiding local public transportation” — even for those who don’t have any symptoms of the virus as a way to slow the spread of the disease.
Dr. Anthony Fauci, the nation’s top infectious disease expert, told CNN last month, “You don’t make the timeline, the virus makes the timeline.”
Still, Hollingsworth’s comments echo a growing desire among some Republicans — including President Donald Trump — to begin to ease the guidelines that have shuttered businesses and kept workers at home.
Trump said Monday that he would “soon” release guidelines to governors on how to reopen the economy. The President has downplayed the need to improve the availability of testing in order to reopen the country.
“We’re looking at a date,” he said earlier this month. “We hope we’re going to be able to fulfill a certain date, but we’re not doing anything until we know that this country is going to be healthy.”