The Rich Really Are Different. They Can Shelter In Nicer Places 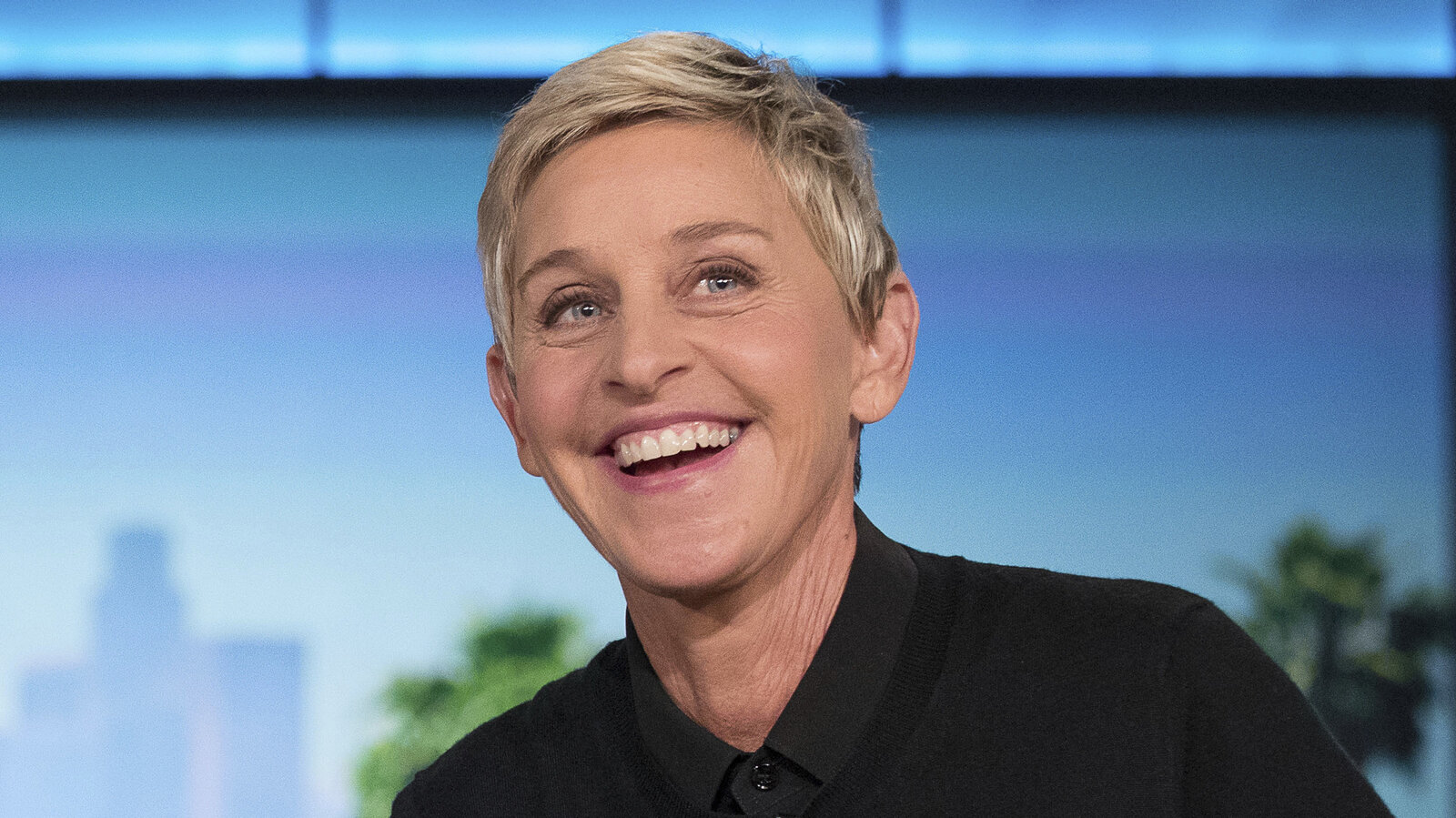 Ellen DeGeneres was criticized for telling a joke comparing life under quarantine to being in jail. She was telling it from inside her mansion.  Andrew Harnik/AP

The coronavirus, we are sometimes told, is a great equalizer, preying on both the elite and the ordinary, the well-heeled and the downtrodden.

“It doesn’t care about how rich you are, how famous you are,” Madonna assures us in her latest video, sitting naked in bathwater laced with rose petals.

But being rich sure does let you ride out the pandemic in much more pleasant surroundings.

Hollywood billionaire David Geffen recently told his Instagram followers that he was hanging out in the Caribbean to escape the virus. He hoped everyone was keeping safe, he wrote.

For good measure, he included a picture of his 454-foot super-luxurious yacht, the Rising Sun, apparently shot from a drone.

Glad that David Geffen is ok. 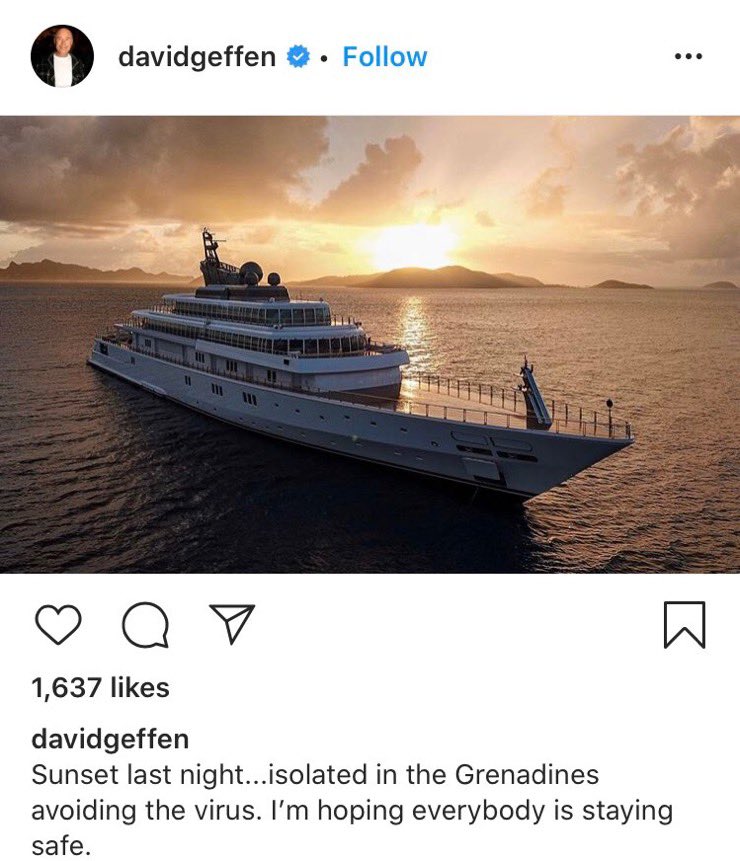 “I think tone-deaf is an understatement. As many people noted, this is an individual whose net worth is reportedly $8 billion,” says New York Post columnist Maureen Callahan.

The backlash was ferocious, with thousands of ego-shredding comments pouring into social media. “This is just shameful and grotesque,” tweeted Meghan McCain, co-host of The View. Singer John Mayer even wrote a song called “Drone Shot of My Yacht.”

The social media pitchforks also came out after TV star Ellen DeGeneres told a joke comparing life under quarantine to being in jail. The problem? She was telling it from inside a plush, well-appointed mansion — one of several she owns.

Episodes like this underscore a central fact of the current pandemic, says Paul Piff, assistant professor of psychology and social behavior at the University of California, Irvine.

Rich and poor people are experiencing it in much different ways.

People with money can escape the virus more easily, Piff says. It buys them social space. They have large apartments and second homes, and they’re more likely to have a job they can do from home.

Working-class people, by contrast, depend more on public transportation, where they’re at greater risk of contracting the virus. They’re less able to afford to stock up on weeks of food and supplies. And they’re more likely to have service jobs that need to be done in person.

“They almost necessarily involve social contact. Who is it that’s delivering your food or driving ride-shares? It’s the people who don’t have the means to do otherwise,” Piff says.

Indeed, some evidence exists already that working-class neighborhoods in New York City have been hit much harder by the pandemic than wealthy areas.

Piff, who studies the psychology of wealth, says nothing is really unusual about this. Some people have always had means and others haven’t.

But at a time when the ability to separate yourself from the crowd is literally a life-and-death issue, it’s probably not a good moment to show off your yacht.