An indelible image from the Great Depression features a well-dressed family seated with their dog in a comfy car, smiling down from an oversize billboard on weary souls standing in line at a relief agency. “World’s highest standard of living,” the billboard boasts, followed by a tagline: “There’s no way like the American Way.”

The economic shutdown caused by the coronavirus pandemic has suddenly hurled the country back to that dislocating moment captured in 1937 by the photographer Margaret Bourke-White. In the updated 2020 version, lines of cars stretch for miles to pick up groceries from a food pantry; jobless workers spend days trying to file for unemployment benefits; renters and homeowners plead with landlords and mortgage bankers for extensions; and outside hospitals, ill patients line up overnight to wait for virus testing.

In an economy that has been hailed for its record-shattering successes, the most basic necessities — food, shelter and medical care — are all suddenly at risk.

The latest crisis has played out in sobering economic data and bleak headlines — most recently on Thursday, when the Labor Department said 5.2 million workers filed last week for unemployment benefits.

That brought the four-week total to 22 million, roughly the net number of jobs created in a nine-and-a-half-year stretch that ended with the pandemic’s arrival.

Certainly, the outbreak and attempts to curb it have created new hardships. But perhaps more significantly, the crisis has revealed profound, longstanding vulnerabilities in the economic system.

“We built an economy with no shock absorbers,” said Joseph Stiglitz, a Nobel-winning economist. “We made a system that looked like it was maximizing profits but had higher risks and lower resiliency.”

Well before the coronavirus established a foothold, the American economy had been playing out on a split screen.

On one were impressive achievements: the lowest jobless rate in half a century, a soaring stock market and the longest expansion on record.

On the other, a very different story of stinging economic weaknesses unfolded. Years of limp wage growth left workers struggling to afford essentials. Irregular work schedules caused weekly paychecks to surge and dip unpredictably. Job-based benefits were threadbare or nonexistent. In this economy, four of 10 adults don’t have the resources on hand to cover an unplanned $400 expense.

Even middle-class Americans, once snugly secure, have become increasingly anxious in recent decades about their own fragile finances and their children’s prospects.

Since the recession’s end, the economy has pumped out enormous wealth. Workers, though, have gotten a smaller slice of those rewards. Companies prioritized short-term gains and stockholder returns at the same time that employee bargaining power was eroding. 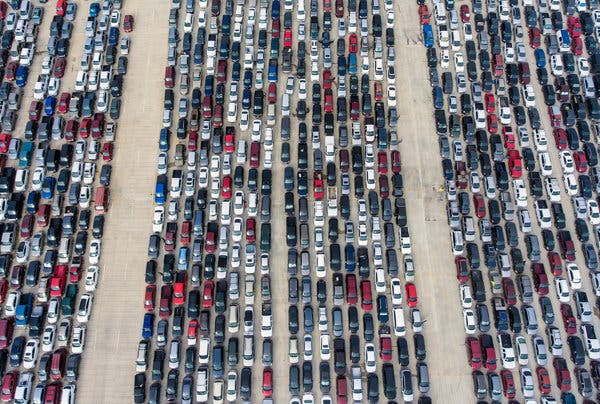 In less than two decades, the share of income paid out in wages and benefits in the private sector shrank by 5.4 percentage points, a McKinsey Global Institute study found last year, reducing compensation on average by $3,000 a year, adjusted for inflation.

The result is that a job — once the guarantor of income security — no longer reliably plays that role.

“For many working families, wage growth has not been strong enough to allow them to meet their basic needs on their own,” the Federal Reserve Bank of Boston concluded in a report last year.