Far from being a renegade action or unlawful act of graffiti, the team was working under the auspices of Beautify, a technologycompany created last year to facilitate mural paintings on blighted city walls.

The Sur La Table painting was commissioned by Downtown Santa Monica, Inc., after it’s chief executive, Kathleen Rawson, disheartened by the closed businesses in her district, contacted Evan Meyer, the chief executive of Beautify and a street artist himself. “Can we do something that can give people some hope?” she asked him. Ms. Rawson pulled together a small budget for several “Covid-19 response murals,” as she called them, on the city’s newest canvases.

“It really adds a layer of color and inspiration in these grim times,” she said.

Museums and galleries around the world have locked their doors as people wait out the coronavirus pandemic in isolation. But works of street art, cropping up on bare walls and boarded-up storefronts across urban landscapes, are offering images of beauty and hope to those venturing out for exercise.

Now Beautify wants to help ease the economic impact of the crisis on artists and on city streets. It is taking its community-minded approach nationwide with a new campaign enlisting corporate brands to sponsor public artworks at $10,000 apiece. Called “Back to the Streets,” the effort goes “live” Friday on Beautify’s website, where artists, wall owners and sponsors can sign up directly. Its creators are aiming for 1,000 murals by 1,000 artists in 100 cities to be painted as neighborhoods begin to open up in the coming weeks and months.

“This is an opportunity to keep the streets alive and reduce recovery time,” said Mr. Meyer, envisioning the murals anchoring block-party celebrations. “Brands can save our communities.”

Beautify was founded as a sister company to Beautify Earth, a nonprofit based in Santa Monica and conceived by Mr. Meyer seven years ago to clean up Lincoln Boulevard, a commercial street in Santa Monica referred to at the time as ‘stinkin’ Lincoln’.

“I got some friends and we started getting approvals to paint the walls,” he said. “It was all volunteer in the beginning.”

Sgt. Scott McGee of the Santa Monica Police Department recalls driving past a gigantic mural spelling “Gratitude” and parking his car. “It really made an impact on me,” said the officer, who joined the board of Beautify Earth last year. (To date Beautify Earth has placed more than 120 murals in Santa Monica.)

“This type of art has the tendency to reduce vandalism, break-ins, looting and all forms of crimes that may result from abandoned, neglected or boarded-up buildings,” Sgt. McGee said, referring to a best-practices approach called Crime Prevention Through Environmental Design. 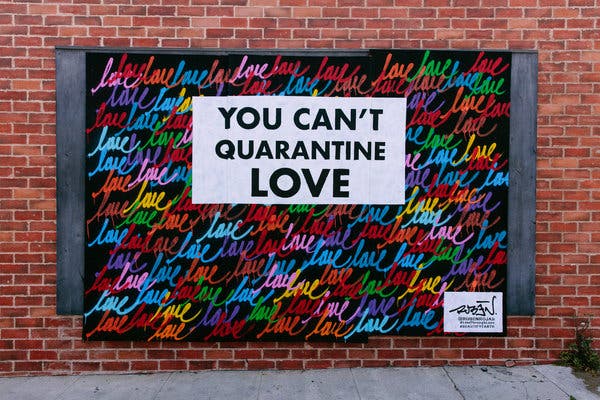 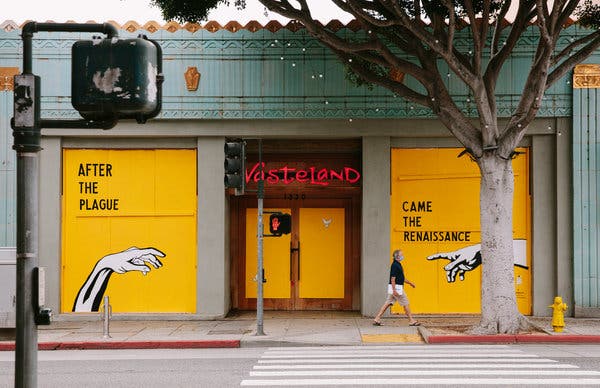 Over time, the nonprofit built a huge worldwide network comprising artists, landlords, business owners and sponsors, including Zappos, American Express and Lexus, interested in commissioning public artworks to enhance their property and draw foot traffic or social media attention to their businesses. (Street art gets more shares as a category on Instagram than hashtags for concerts, cooking or sports.)

“Evan’s nonprofit had all the ingredients to create a street art explosion, but no technology,” said Paul Shustak, a software entrepreneur. He joined forces last year with Mr. Meyer to build the Beautify platform that now can match all the various players with a few clicks.

Property owners and businesses interested in having a mural painted can upload images of their walls to the site and attach their guidelines and budgets.

Artists, in turn, can create free accounts to upload their work, browse available walls and express interest in projects. When selected, they are paid 70 percent of the budget, with the rest going to Beautify, which handles the logistics of approvals, contracting, insurance and payment. The net proceeds of Beautify’s 30 percent for the murals in the “Back to the Streets” campaign will flow back to the nonprofit for its work in schools and underserved communities, according to Mr. Shustak.

Mr. Meyer estimates that his two organizations together have helped create 9,000 works of street art in at least 50 cities worldwide.

“The best part of their platform is they get the walls for you,” said Gino Burman-Loffredo, a Los Angeles artist who’s created some 15 murals since 2015 through the organization and just collaborated with Mr. Meyer, Ruben Rojas, Katarzyna Sciezka and Marcel Blanco painting “Togetherness” for Sur La Table.

Corie Mattie, another Los Angeles artist, was keen to paint an image of herself as a dealer in a trench coat parceling out symbols of hope (rather than something illicit) during this crisis. She found an available wall at a shopping mall in West Hollywood through Beautify. Within 24 hours of contacting the owner, Matthew Lavi, in late March, Ms. Mattie completed her mural “Cancel Plans Not Humanity.”

“If you’re marketing it properly and using social media, it could bring a ton of traffic to the business that’s inside,” Mr. Lavi said of the murals.

Part of the impetus for “Back to the Streets” is putting artists back to work. The recent Covid-19 Impact Survey for Artists and Creative Workers showed that 95 percent of artists have lost income and 62 percent have become fully unemployed since the crisis began. Each mural is an opportunity for artists to earn $7,000, 70 percent of the sponsorship.

“We’ve talked about ‘Back to the Streets’ as a modern version of the W.P.A.,” Mr. Shustak said. “It’s definitely something that inspires us, looking at what artists did to bring the country out of the Depression.”