On Monday, Barry Blitt won a Pulitzer for his political illustrations, which frequently criticize President Donald Trump and his administration. Blitt’s work regularly appears on the cover of The New Yorker and the op-ed page of The New York Times.

Since 1992, Blitt has contributed more than 100 covers to The New Yorker, where he’s a contributing cartoonist and illustrator. Some of his most iconic work uses humor to criticize the Trump administration, such as illustrations that show the president belly-flopping into a pool and giving a press briefing in the nude.

But Blitt’s success as a cartoonist goes back further than Trump.

His illustrations for The New Yorker were named Cover of the Year by the American Society of Magazine Editors in 2006 and 2009. The first award was for a cover called “Deluged,” which was published in September 2005 — a month after Hurricane Katrina — and shows members of the George W. Bush administration meeting during a flood in the Oval Office. The second award was for a July 2008 cover called “The Politics of Fear,” which portrays Barack and Michelle Obama dressed as Islamic extremists to satirize the political attacks against them during the presidential election.

There were three finalists for this year’s Pulitzer Prize for editorial cartooning. They include Lalo Alcaraz for his Latinx perspective on local and national issues, Matt Bors of The Nib for criticism of the Trump administration and moderate Democrats, and Kevin “Kal” Kallaugher for a portfolio that addresses Trump and Baltimore politics. Bors and Kallaugher were previously named Pulitzer finalists in 2012 and 2015, respectively.

Below are a few examples of Blitt’s work for The New Yorker over the past year. For more, check out his website and book. 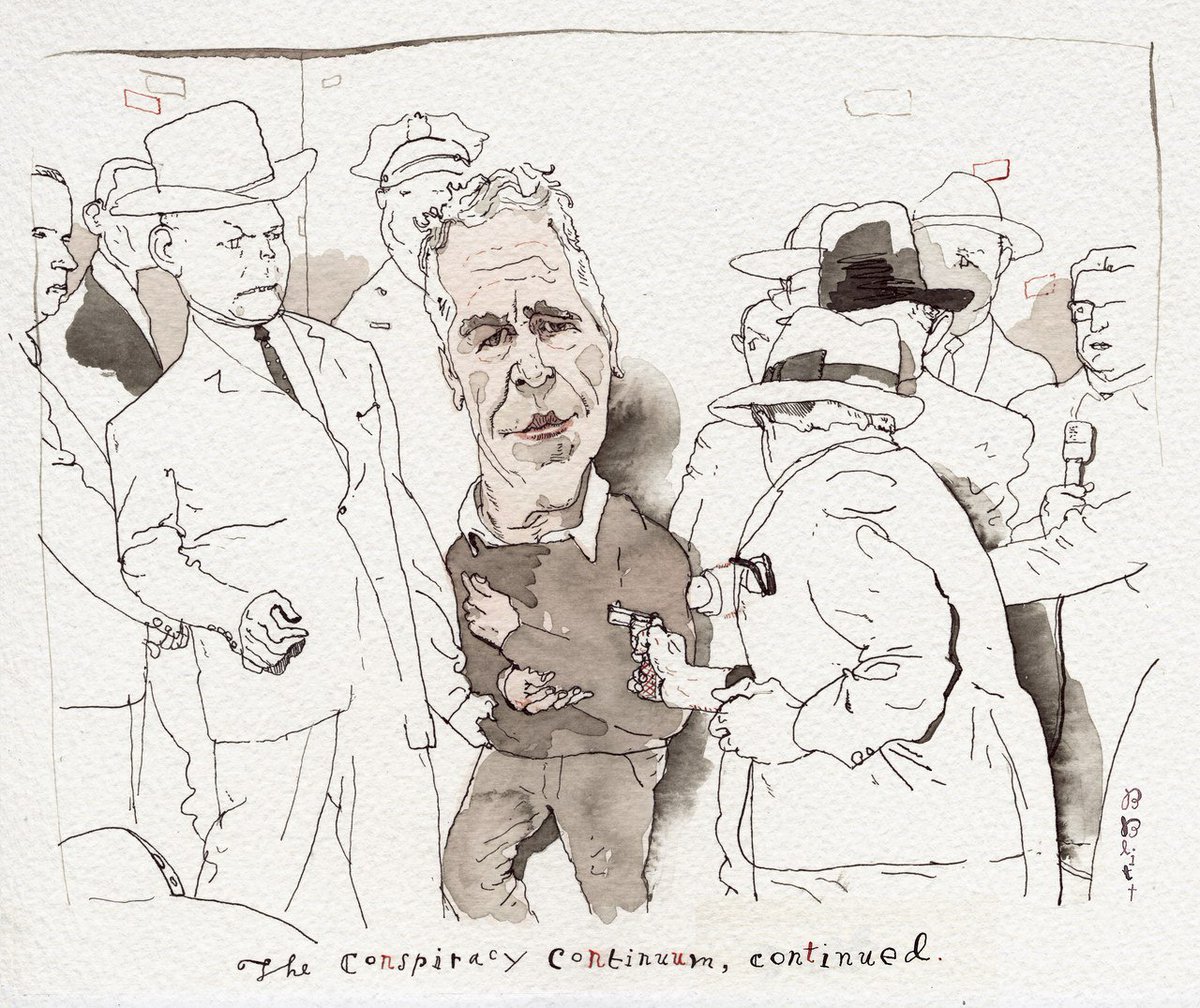 120 people are talking about this 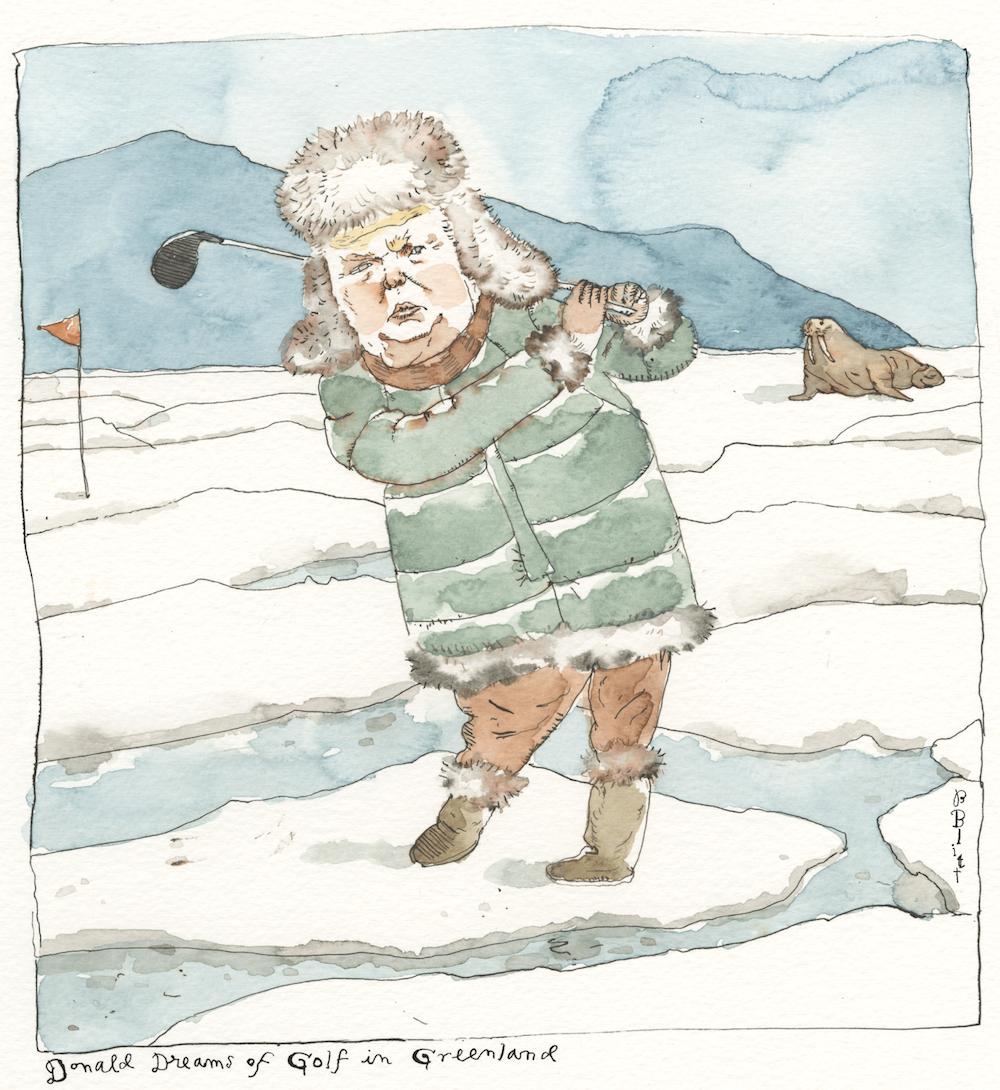 87 people are talking about this

An early look at next week’s cover, “Whack Job,” by Barry Blitt. http://nyer.cm/0egIRO5 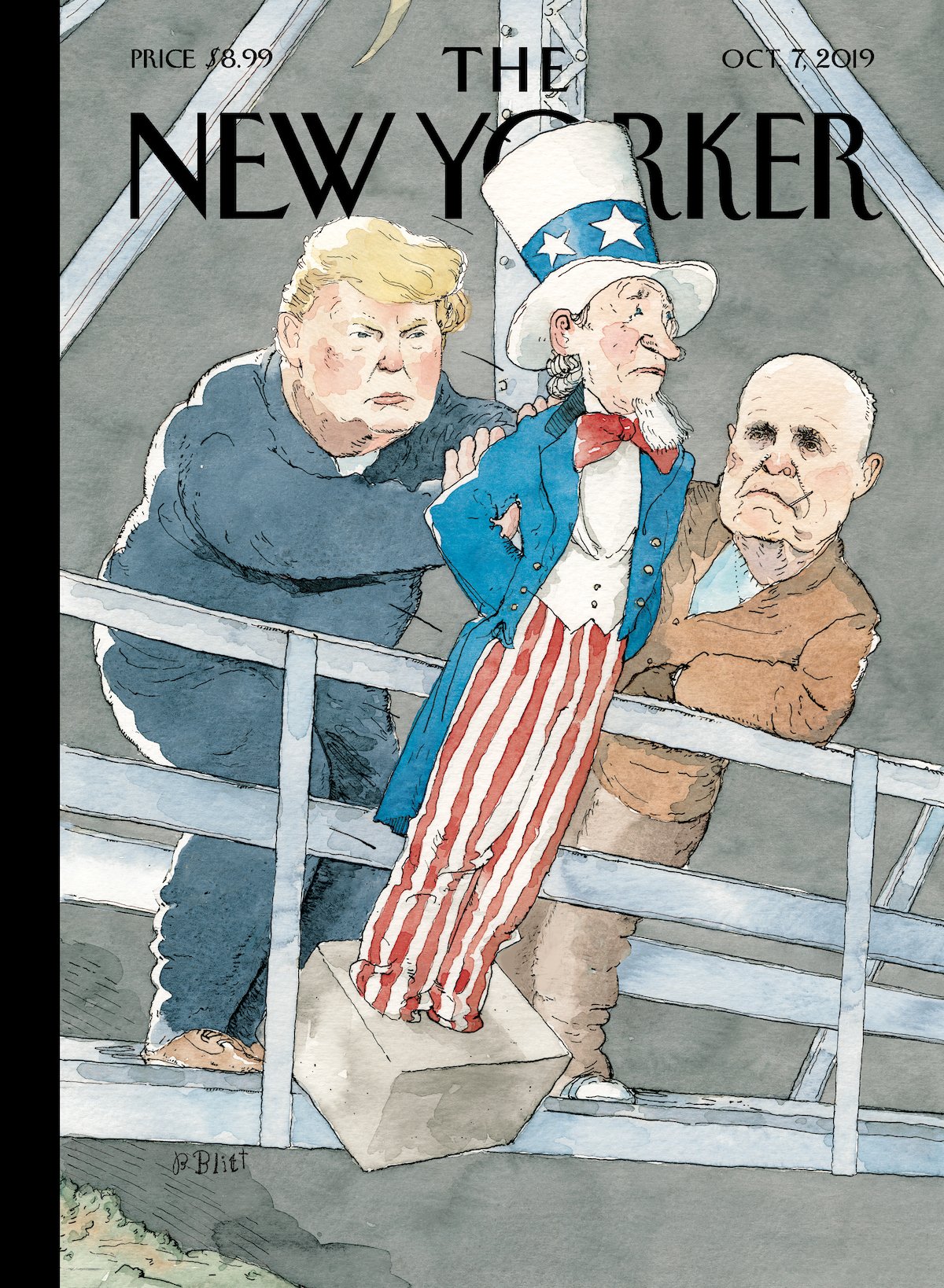