Michael McClure, who at 22 helped usher in the Beat movement as part of a famed poetry reading at the Six Gallery in San Francisco, then went on to a long and varied career as a poet, playwright, novelist and lyricist, died on Monday at his home in Oakland, Calif. He was 87.

His wife, Amy Evans McClure, said the cause was complications of a stroke he had last year.

Mr. McClure was one of the poetry readers at the Six Gallery, a former auto repair shop that had been turned into an art gallery, on Oct. 7, 1955, a date that Beatdom magazine, marking the 60th anniversary of the event, called “arguably one of the most important dates in American literature.”

To an audience of perhaps 150 people (the number varies in the tellings), Mr. McClure read a poem called “For the Death of 100 Whales,” said to have been inspired by a report that bored American soldiers stationed in Iceland had amused themselves by shooting a pod of whales. But he and the other readers — Philip Lamantia, Gary Snyder and Philip Whalen, with Kenneth Rexroth as M.C. — were overshadowed by the sixth man on the bill, Allen Ginsberg.

That night Mr. Ginsberg premiered an early version of “Howl,” the landmark poem (“I saw the best minds of my generation destroyed by madness”) that became the defining work of the Beat generation.

The night, Mr. McClure wrote in “Scratching the Beat Surface: Essays on New Vision From Blake to Kerouac” (1982), constituted a collective throwing down of the gauntlet.

“In all of our memories no one had been so outspoken in poetry before,” he wrote. “We had gone beyond a point of no return — and we were ready for it, for a point of no return. None of us wanted to go back to the gray, chill, militaristic silence, to the intellective void — to the land without poetry — to the spiritual drabness.”

For Mr. McClure, the event was also a proving ground for a concept.

“What the Six Gallery really did was show us that there was an audience out there that really wanted to hear poetry off the page,” he told The Washington Post in 2017. “That night at the Six Gallery greatly inspired us to go ahead.”

The evening may have belonged to Mr. Ginsberg, but Mr. McClure had his own moments of fame and notoriety in the ensuing years.

On a lighter note, a fragment of a ditty that Mr. McClure would sing in gatherings with friends, improvising new lyrics each time, found its way to Janis Joplin. With the help of her friend Bob Neuwirth, she gave it her own tongue-in-cheek spin, called it “Mercedes Benz” and recorded it a cappella on her album “Pearl,” which was released posthumously in 1971.

“Oh Lord, won’t you buy me a Mercedes-Benz,” the memorable lyrics, credited to all three, begin. “My friends all drive Porsches, I must make amends.”

The song, a wry commentary on materialism less than two minutes long, became one of Ms. Joplin’s most recognizable tunes. In the mid-1990s, somewhat incongruously, Mercedes-Benz used it in a commercial. 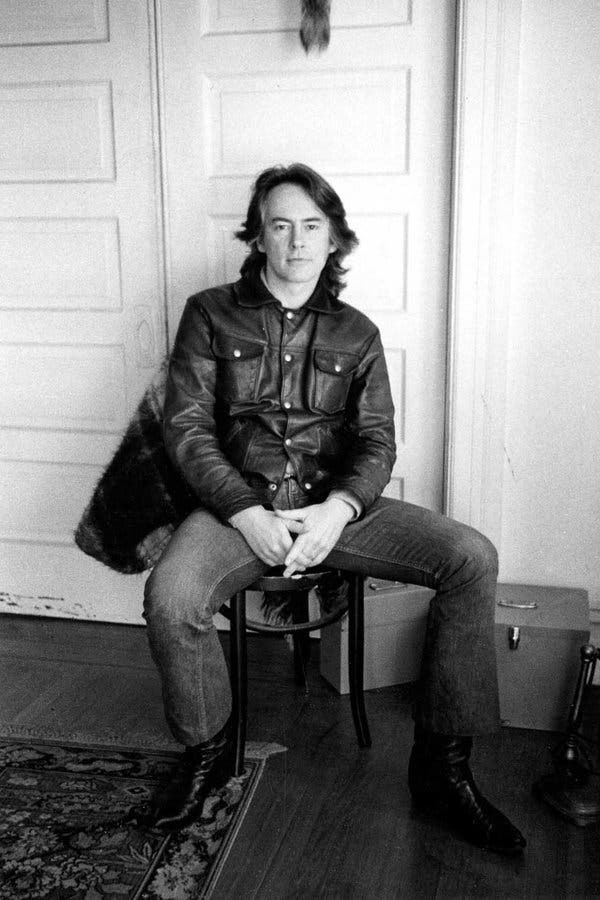 Michael Thomas McClure was born on Oct. 20, 1932, in Marysville, Kan., northwest of Topeka, to Thomas and Marion (Johnston) McClure. He spent much of his childhood in Seattle but returned to Kansas with his mother and stepfather, finishing high school in Wichita. He started college there as well before switching to the University of Arizona, but an interest in art took him to San Francisco in 1954.

“He wanted to study painting,” his wife said in an interview, “not to be a painter but to use the Abstract Expressionist ideas in his poetry.”

He had hoped to study at the California Institute of Fine Arts (now the San Francisco Art Institute), but when that didn’t work out he enrolled at San Francisco State University, studying under the poet Robert Duncan and earning a bachelor’s degree.

Mr. McClure lived near the Six Gallery. The origin story of the famed reading varies depending on the teller, but Mr. McClure said he had initially been asked to organize the event. Over coffee with Mr. Ginsberg, whom he had met at a party, he lamented that he didn’t have time because he and his first wife were expecting a child.

“Allen said, ‘Do you want me to put together the reading?’” Mr. McClure recalled in a 2015 interview with The San Francisco Chronicle, “and I said, ‘Absolutely, man, that would be good.’”

“The Beard,” a play that imagines an encounter between the Hollywood sex symbol Jean Harlow and the outlaw Billy the Kid, had Mr. McClure in the news a lot. He wasn’t arrested when it was performed — as the writer, he was constitutionally protected — but actors in several productions were, on charges including public lewdness. A production in Los Angeles turned into a circus of sorts.

“Every night the actors got two ovations from the enthusiastic packed house,” The Edmonton Journal of Canada recalled in 2005 when “The Beard” was being revived there, “one when the play ended and one when they were escorted out the door and into the paddy wagon to be booked.”

A well-heeled theatrical angel would post bail, and the ritual would be repeated the next night. The charges didn’t stick.

Clive Barnes of The New York Times, reviewing a 1967 production in Manhattan, did not find the play obscene but did find it tedious.

“The author turns his phrases around and around,” he wrote, “like animals wearily pacing up and down a sweating cage. Imagine Norman Mailer mated with Gertrude Stein and you have the picture.”

His novels include “The Mad Cub” (1970), a sexual coming-of-age story. He taught poetry for many years at the California College of the Arts.

Mr. McClure and his first wife, Joanna, married in 1954; the marriage ended in divorce. In addition to his wife, whom he married in 1998, he is survived by a daughter from his first marriage, Dr. Jane McClure.

Mr. McClure, whose circle of friends and acquaintances included Beat figures and many others in the San Francisco counterculture, makes a brief appearance in “The Last Waltz,” Martin Scorsese’s 1978 documentary about the final concert of the Band. He recites a snippet of Chaucer from the stage.

Mr. McClure gave countless poetry readings over the decades, sometimes with a musical accompanist; Ray Manzarek, keyboardist of the Doors, was a frequent performing partner. He was also friends with Jim Morrison, that band’s lead singer, although when they first met they did not instantly bond.