When Patagonia announced on March 13 that it was temporarily closing its 39 stores and e-commerce business in North America because of the coronavirus pandemic, it was one of the first major retailers to take such a drastic step.

The company’s chief executive thought the situation would last about a month.

As it became clear “this was going to be a prolonged thing, we had to think about what our business looks like in the face of Covid-19,” Rose Marcario, the C.E.O., said in an interview.

Now the retailer that aggressively moved to close before any government shutdowns were announced is being very cautious in deciding how to open up again.

Retailers like Macy’s and Gap, which owns Banana Republic and Old Navy, have begun reopening hundreds of stores as they scramble to recoup lost sales and as states around the country begin to try to return to some semblance of normalcy.

But Patagonia does not anticipate opening any locations for in-store shopping until June at the earliest and it’s prepared to wait until the fall or even early winter. Even then, it may decide to limit operations to curbside pickup, which it plans to begin offering at 10 stores on May 20. 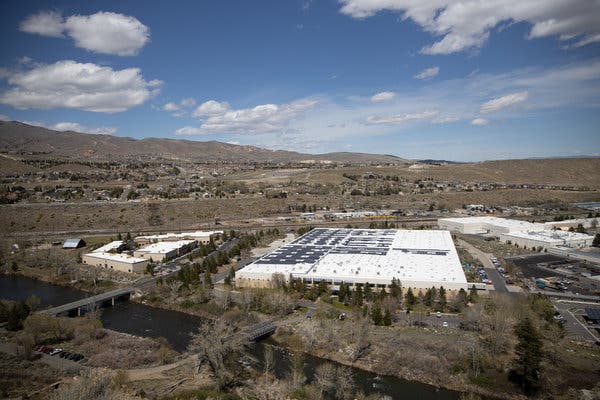 “We’re going to be cautious about the way we open up — we’re not going to necessarily follow what the state decrees are,” Ms. Marcario said. “There are some areas that aren’t as hard hit, but I don’t think you can assume those places won’t see a surge in cases if people stop social-distancing.”

She believes “the shape of retail will change.” People will be more reliant on e-commerce and “the return to walk-in retail will be slow.”

Patagonia has achieved renown in the retail world both for its financial success and its unapologetically progressive stances on issues like climate change and the use of public lands. (It sued President Trump to protect Bears Ears National Monument.) The privately held brand sells roughly $1 billion in soft fleeces and camping gear every year while decrying rampant consumerism.

Patagonia is held to a different set of standards than major publicly traded corporations based on its certification as a B Corp by a nonprofit called the B Lab, which legally requires the company to consider the interests of “workers, the community and the environment” as well as shareholders. It also offers on-site child care and lets employees take surf breaks during the day.

The brand’s approach is being tested by the pandemic. Patagonia must balance the future of its business, which it acknowledges could shrink, with the health and financial well-being of its employees.

The brand has long viewed its stores as community gathering places, where people can buy outdoor gear but also see documentaries, hear talks by environmental activists and get equipment repaired. Since closing, it has tried to connect with its loyal customers online with offerings like yoga sessions and “regenerative home garden classes.”

But the retail industry has been devastated by the pandemic and Patagonia is no exception. Its sales have dropped 50 percent in North America. Outside of its own stores and website, roughly half of Patagonia’s business comes from distributing its wares through local outdoor shops near mountains, streams and oceans, and national retail chains like REI and Nordstrom, which have all been badly hit by the crisis.

“Even though we are kind of a beacon in the retail world, we’re not immune and we’re not invincible and this has hit us incredibly hard,” Ms. Marcario said. “The challenge that we face now is how do we take care of our employees and our community while all of this is happening in a way that’s true to our values?”

Patagonia quietly started accepting online orders again on April 9 after overhauling its distribution center in Reno, Nev. Workers now have their temperatures checked, stagger exits and are often 30 feet apart. On April 20, the company sent an email to customers with the subject line: “Back to Business.”

“We know the distribution center warehouse is the linchpin of our business, because if it’s not working, there are no sales being satisfied to our wholesale and e-commerce channels and our stores can’t get product,” said Todd Soller, head of global logistics and supply planning at Patagonia.

But e-commerce cannot account for all the lost sales, and Patagonia has had to take other measures. Executives have taken pay cuts, which are expected to extend to other employees. Patagonia is furloughing workers, including 80 percent of its retail staff, for 90 days, though they will keep their health benefits. The company also said it would honor planned paid leave for furloughed employees. 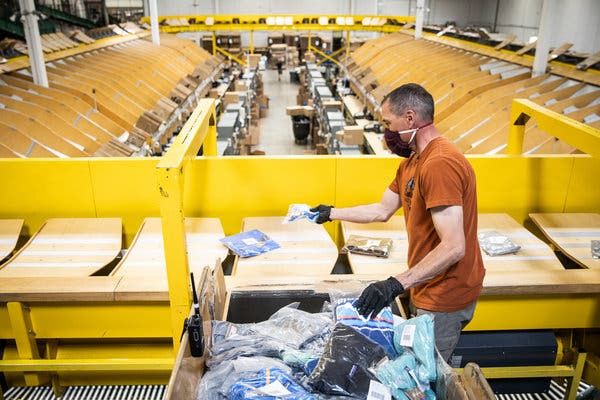 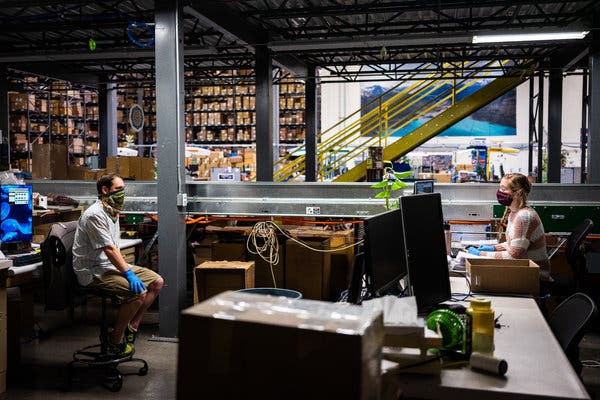 The decision on when to reopen will be based on safety considerations, Ms. Marcario said. She counts it as a point of pride that none of the company’s more than 3,000 employees globally were hospitalized with Covid-19, to its knowledge. She believes the early decision to close is a significant reason, and she wants to the company to be measured about how it returns. Other retailers have introduced steps like employee fever screenings, new signs, masks for workers, limits on the use of fitting rooms, hand sanitizer stations and plexiglass barriers.

Joy Lewis, Patagonia’s head of retailing for North America, has been helping to envision what the experience of working and shopping in Patagonia’s stores will be like. “Squad scheduling” has been put in place for employees who are shipping items from stores, in which teams of four to six people work together consistently, and if one person gets sick, the whole team will be isolated.

Patagonia has been experimenting with a mobile checkout device to avoid lines at registers, she said. Ms. Lewis said shopping by appointment was a possibility to better to control the number of people in a store at any given time.

“You almost have a guide to take you through the store, so you’re only ever exposed to one person and check out with that person,” she said.

Stores are not likely to take the temperature of shoppers, though that could change, she said. And she believes fitting rooms could be used, though clothes might be washed after being tried on.

At the distribution center in Nevada, employees are wearing gloves and face coverings and the facilities are disinfected regularly. It is now operating with around half of its typical staffing.

“In most cases, we’re 30, 40, 50 feet apart for the vast majority of the day,” Mr. Soller said. He estimated that a product might be touched only three times in the course of processing and shipping. 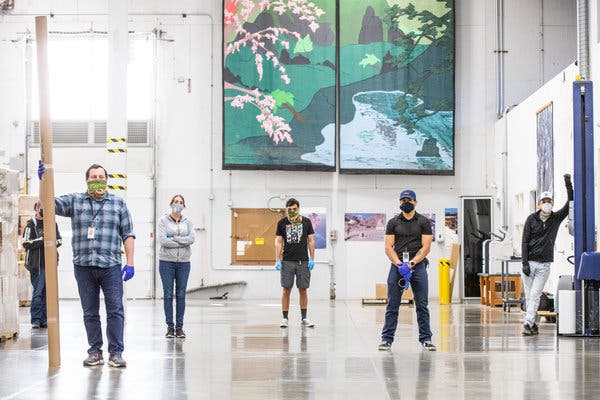 The cafe that once served organic food is temporarily closed, and employees have been asked to bring their lunch in individual coolers, so that they do not congregate at refrigerators. “We reduced seating in the cafe,” Mr. Soller said. “We have a lot of outside seating and the weather’s not too bad in Reno.”

Patagonia invested in high-tech temperature scanning technology like the kind used at airports, Mr. Soller said. If someone has an elevated body temperature, they are asked not to work that day. It has also sought to reduce the number of times that people touch door handles and to ensure that people do not use the bathroom at the same time.

“From the moment you walk in the door of our distribution center, and every piece of the day in between, we map the day to minimize touches as much as possible,” he said.

Despite the steep business decline that Patagonia is facing, Ms. Marcario believes the brand will ultimately benefit as the pandemic encourages people, particularly younger generations, to “buy things that last.” The crisis has, in some ways, reminded people “of the value of wild and open spaces and clean air and clean water and if we can channel that to some good, all is not lost,” she said.

Even if Patagonia becomes a smaller company as a result of the pandemic, it will keep working “to protect wild places, to vote climate deniers out of office,” she said.

“We were one of the first to shut down, we might be closer to the last to reopen fully — I don’t really care,” Ms. Marcario said. “We are doing everything we can to ensure that our employees are taken care of in the best way possible and we’ll make those decisions as we come to them.”