It’s the first thing he announced when he called from his home in Williamson County, Tenn. — a nest his business manager jokingly calls the Alamo, in reference to the number of divorces it has withstood. The country-rock musician fled the city in March after the coronavirus brought “Coal Country,” a documentary play for which he wrote original music, to a close two weeks into its planned monthlong run at the Public Theater.

“Ghosts of West Virginia,” Earle’s new album of songs from the production, is due out May 22. With his usual promotional tactics restricted by social distancing measures, he’s spending his housebound days brainstorming ways to bring attention to the story of a 2010 mining disaster in Montcoal, W. Va., which inspired “Coal Country” and the music.

His son, John Henry, 10, and a memoir project are also keeping Earle busy, but he still finds time for his yoga practice, watching HBO shows and reading well-loved fantasy novels. He tracked his recent cultural intake and broke it down in an interview. These are edited excerpts from the conversation.

I wake up at 5:30 or 6:00 and practice yoga. I hit the mat before I get coffee, before I do anything. It’s an Ashtanga practice; I practice six days a week.

I started doing it about five years ago because it was the one thing lacking from my 12-step program — you’re supposed to pray and meditate every day. I read “Be Here Now” and I’ve known about all this stuff. But for my 60th birthday my manager took me to Maui to meet Ram Dass, so that’s kind of what got it started.

I read The New York Times briefing every morning. When I’m in New York, I wake up and watch NY1 long enough to see the weather and what the subway’s doing. Here, I’ll watch Channel 4, the local NBC station. Then I’ll switch over to MSNBC.

I fix John Henry’s breakfast, wake him up, and he starts home schooling at 9:15. For any small child — and for kids with autism, definitely — home schooling is not sitting them in front of a monitor and walking away. You have to do it yourself. That’s time consuming; it’s two-thirds of my day Monday and Tuesday.

My son is nonverbal. One of the things we do together is sing. He knows 100-odd melodies. No words, he never sings words. Some of them are kids’ songs; some of them are songs I’ve made up since he was little. He knows every bit of “The Sound of Music,” every single song.

He works with a musical therapist, and especially now that we’re doing it online, I get involved. I usually get my guitar out, put him on the drum kit and Anthony in New York gets on his guitar on Zoom. Of course, it doesn’t quite sync up, so it can be kind of crazy, timing-wise. But it’s kind of interesting, rhythmically, sometimes.

Wednesday morning, John Henry goes to his mother’s house. So Wednesday, Thursday and Friday I write. I’m working on my memoir as much as I possibly can. I’ve spent a lot of the money and I need the rest of it, so I need to finish this book! I tend to listen to instrumental stuff when I’m writing prose, because you don’t want the words in the way. I’m kind of old fashioned about jazz — I like hard bop. I listen to Charlie Parker, Bud Powell, Chet Baker. And I love the Chet Baker vocal records, but that’s not what I listen to when I’m in the mode that I’m in right now. And instrumental bluegrass and acoustic music, too — I’ll listen to Tony Rice and Norman Blake and Bill Monroe instrumental records.

Right now I’m most concerned about this story that I spent four years preparing to tell, and that’s of these 29 guys who died in an explosion in a coal mine in West Virginia. It seemed like the best thing to do was to go ahead and put the record out and just try to figure out how to do it in this environment. I spend a lot of time on the phone with my manager and with the label trying to sort all that stuff out. My teacher was Guy Clark, and he said, “songs aren’t finished until you play them for people,” so I’ve got to find a way to play these songs for people.

In ‘Coal Country,’ Memories From a Mining Tragedy Live On 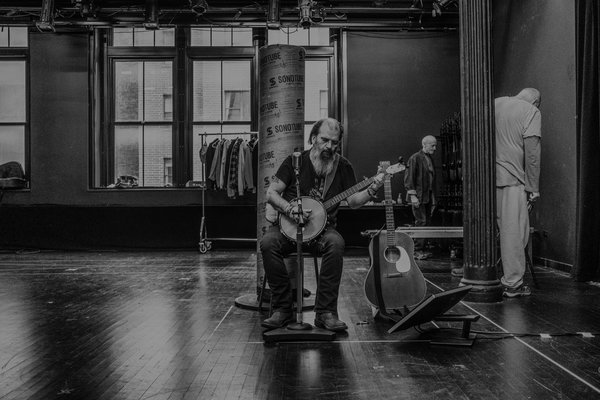 We’ll find something, but I want New York to come back to life. The first thing that died in New York [after shutdown measures] was the culture, and it stopped being New York really quick. Within 48 hours, there was no live music, no live theater, and there hasn’t been any [expletive] baseball, which I consider to be a cultural disaster.

I’m really always on my phone, and I’ve got The New York Times, The San Francisco Chronicle and The Guardian that I subscribe to, so I get the alerts. But I’ll watch the NBC evening news, too, just to see if the world blew up while I was trying to make up a hillbilly song.

I’m usually hooked on one HBO show or another. David Simon and I worked together off and on for years, and “The Plot Against America” was pretty amazing. I think he and Ed [Burns] are the only people who could have done that. But a lot of times if you get up at 6 in the morning and chase a 10-year-old around, it’s pretty hard to make it past about 10:00 at night. I don’t stay up late very often, so I end up watching a lot of that stuff on demand.

Nick Tosches just passed away, and he’s probably my favorite writer overall, as far as a body of work. My favorite book is “Coming Through Slaughter,” and number two is probably “Huckleberry Finn,” but then three, four and five are all Nick Tosches’s books. Over the last several months I’ve gone back and reread a couple of them, and read one that I had actually missed. And I’m rereading “His Dark Materials” right now because the HBO version of that was on, and I like those books quite a bit.