SORRY FOR YOUR TROUBLE
By Richard Ford

For almost half a century, through 13 books of fiction, Richard Ford has practiced a trenchant and at times thrillingly downbeat realism. A chance encounter of long-ago lovers in a bar; a meeting of writer-artist types, at the end of their careers, to lament the passing of a colleague: His new story collection features people taking the measure of old regrets, and sampling rancors that have lost their bitterness with time.

“Sorry for Your Trouble” is drenched in retrospection, its narratives shadowed by the passing of all things. In “Displaced,” an affecting coming-of-age story, death is front and center, the narrator recalling how the long-ago loss of his father broke the family into “mismatched parts.” Ford favors the metaphor of life as an assemblage — where, either suddenly or gradually, the pieces no longer fit; where you don’t fit. Thus the protagonist of “Jimmy Green — 1992,” unexpectedly divorced and removed to Paris, finds himself beaten up by a drunk at a random bar, and feels bemused by “the disassembling of life.” Ford subjects his mostly middle-aged-male protagonists to jarring dislocations, then lets them cope.

They cope fairly well, albeit with notable detachment. Ambivalence is the default condition of characters whose take on their own lives resembles the “hot-then-cool” breeze that floats off the Mississippi in “Nothing to Declare.” Indifference runs rampant. Having an affair, the female protagonist of “A Free Day” reflects, “was just a thing you did,” in the end, because you “couldn’t not.” 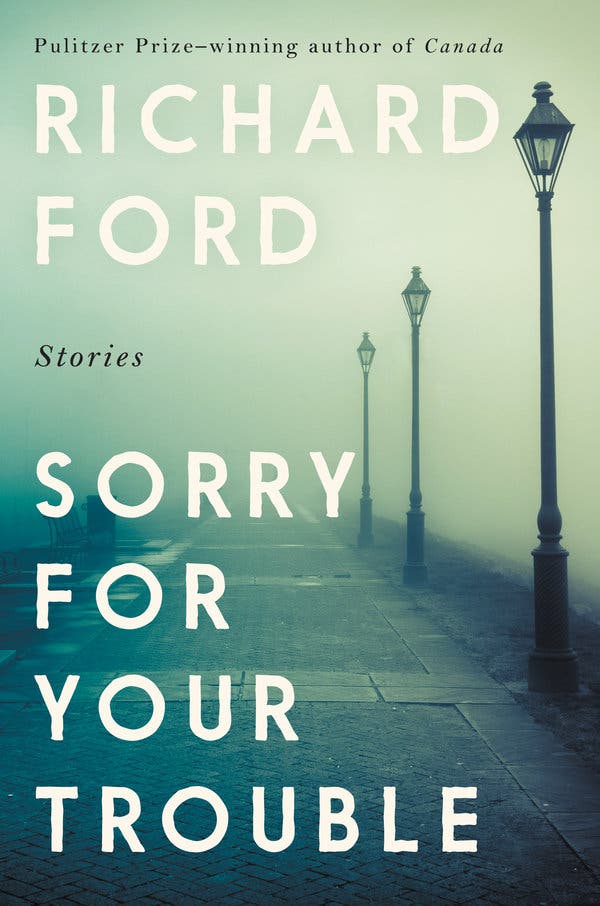 There’s a gamble in using ambivalence as the launching pad for fiction, and a couple of these stories drift and bog down. But tangled introspection is central to the Ford M.O. In “Second Language,” Jonathan, in his late 50s and a year into his second marriage, reflects that “happy as he was … he had not quite developed what he would call a category or idea or a system that being married to Charlotte seemed to operate under and fulfill.” Though Ford’s characters are rarely intellectuals by profession, an obdurate ruminating dogs their thinking.

In “The Run of Yourself” — an almost novella-length 60 pages — a new widower, beset by a “jittery, inner, barely governable clamor,” takes a pained look back at his wife’s slow death from cancer. Aloneness is a motif, imposed by divorce or death and amplified by the prospect of life lived beyond the comfort of coherence. To age, in Ford’s world, is not to know more, but less; the paradoxical quality of agitated matter-of-factness that pervades “Sorry for Your Trouble” is as much existential as it is temperamental, reflecting protagonists grappling to relinquish the sense of an overarching narrative in their lives. These are stories about the death of stories.

Ford has a gift for nimble interior monologues and a superb ear for the varieties and vagaries of human speech. His prose can strike a Hemingwayesque cadence: “He had thought about her every single day. Though he’d thought about many other things as often. To be thinking about something didn’t mean what people said it meant.” One page later, a sparkling note of Fitzgerald: “They were at the great river now, where the air expanded and went outward, floated up and away in a limitless moment before returning to the vast, curving, mythical, lusterless flood.” At 76, Ford is of the last generation of writers to have grown up directly under the Papa-and-Scott dispensation, and it’s gratifying to hear his sentences pay homage.

Acutely described settings, pitch-perfect dialogue, inner lives vividly evoked, complex protagonists brought toward difficult recognitions: There’s a kind of narrative, often dismissed as the “well-crafted, writing-class story,” that deals in muted epiphanies and trains its gaze inward, to pangs and misgivings. Some readers may no longer admire this kind of story. But I still love it. What is craft, after all, but a good thing well made?