Given the nature of our relationship, I felt comfortable reaching out to him in April after, in the midst of the coronavirus crisis, he unexpectedly released his epic, 17-minute song “Murder Most Foul,” about the Kennedy assassination. Even though he hadn’t done a major interview outside of his own website since winning the Nobel Prize in Literature in 2016, he agreed to a phone chat from his Malibu home, which turned out to be his only interview before next Friday’s release of “Rough and Rowdy Ways,” his first album of original songs since “Tempest” in 2012.

In the high-octane showstopper “Goodbye Jimmy Reed,” Dylan honors the Mississippi bluesman with dragon-fierce harmonica riffs and bawdy lyrics. In the slow blues “Crossing the Rubicon,” he feels “the bones beneath my skin” and considers his options before death: “Three miles north of purgatory — one step from the great beyond/I prayed to the cross and I kissed the girls and I crossed the Rubicon.”

“Mother of Muses” is a hymn to the natural world, gospel choirs and military men like William Tecumseh Sherman and George Patton, “who cleared the path for Presley to sing/who cleared the path for Martin Luther King.” And “Key West (Philosopher’s Pirate),” is an ethereal meditation on immortality set on a drive down Route 1 to the Florida Keys, with Donnie Herron’s accordion channeling the Band’s Garth Hudson. In it he pays homage to, “Ginsburg, Corso and Kerouac.” 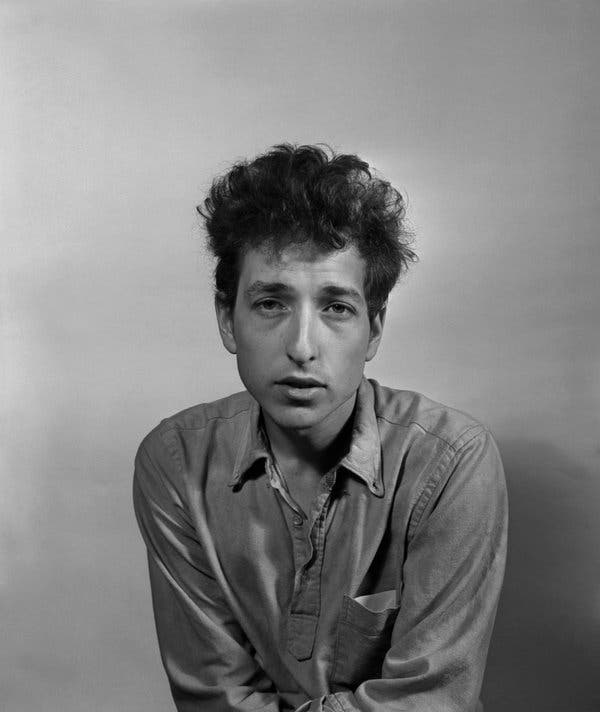 Perhaps someday he’ll write a song or paint a picture to honor George Floyd. In the 1960s and 1970s, following the work of black leaders of the civil rights movement, Dylan also worked to expose the arrogance of white privilege and the viciousness of racial hatred in America through songs like “George Jackson,” “Only a Pawn in Their Game,” and “The Lonesome Death of Hattie Carroll.” One of his most fierce lines about policing and race came in his 1976 ballad “Hurricane”: “In Paterson that’s just the way things go/If you’re black you might as well not show up on the street/Unless you want to draw the heat.”

I had a brief follow-up with Dylan, 79, one day after Floyd was killed in Minneapolis. Clearly shaken by the horror that had occurred in his home state, he sounded depressed. “It sickened me no end to see George tortured to death like that,” he said. “It was beyond ugly. Let’s hope that justice comes swift for the Floyd family and for the nation.”

These are edited excerpts from the two conversations.

Was “Murder Most Foul” written as a nostalgic eulogy for a long-lost time?

To me it’s not nostalgic. I don’t think of “Murder Most Foul” as a glorification of the past or some kind of send-off to a lost age. It speaks to me in the moment. It always did, especially when I was writing the lyrics out.

Somebody auctioned off a sheaf of unpublished transcripts in the 1990s that you wrote about J.F.K.’s murder. Were those prose notes for an essay or were you hoping to write a song like “Murder Most Foul” for a long time?

I’m not aware of ever wanting to write a song about J.F.K. A lot of those auctioned-off documents have been forged. The forgeries are easy to spot because somebody always signs my name on the bottom.

Were you surprised that this 17-minute-long song was your first No. 1 Billboard hit?

“I Contain Multitudes” has a powerful line: “I sleep with life and death in the same bed.” I suppose we all feel that way when we hit a certain age. Do you think about mortality often?

I think about the death of the human race. The long strange trip of the naked ape. Not to be light on it, but everybody’s life is so transient. Every human being, no matter how strong or mighty, is frail when it comes to death. I think about it in general terms, not in a personal way.

There is a lot of apocalyptic sentiment in “Murder Most Foul.” Are you worried that in 2020 we’re past the point of no return? That technology and hyper-industrialization are going to work against human life on Earth?

Sure, there’s a lot of reasons to be apprehensive about that. There’s definitely a lot more anxiety and nervousness around now than there used to be. But that only applies to people of a certain age like me and you, Doug. We have a tendency to live in the past, but that’s only us. Youngsters don’t have that tendency. They have no past, so all they know is what they see and hear, and they’ll believe anything. In 20 or 30 years from now, they’ll be at the forefront. When you see somebody that is 10 years old, he’s going to be in control in 20 or 30 years, and he won’t have a clue about the world we knew. Young people who are in their teens now have no memory lane to remember. So it’s probably best to get into that mind-set as soon as we can, because that’s going to be the reality.

As far as technology goes, it makes everybody vulnerable. But young people don’t think like that. They could care less. Telecommunications and advanced technology is the world they were born into. Our world is already obsolete.

A line in “False Prophet” — “I’m the last of the best — you can bury the rest” — reminded me of the recent deaths of John Prineand Little Richard. Did you listen to their music after they passed as a kind of tribute?

Both of those guys were triumphant in their work. They don’t need anybody doing tributes. Everybody knows what they did and who they were. And they deserve all the respect and acclaim that they received. No doubt about it. But Little Richard I grew up with. And he was there before me. Lit a match under me. Tuned me into things I never would have known on my own. So I think of him differently. John came after me. So it’s not the same thing. I acknowledge them differently.