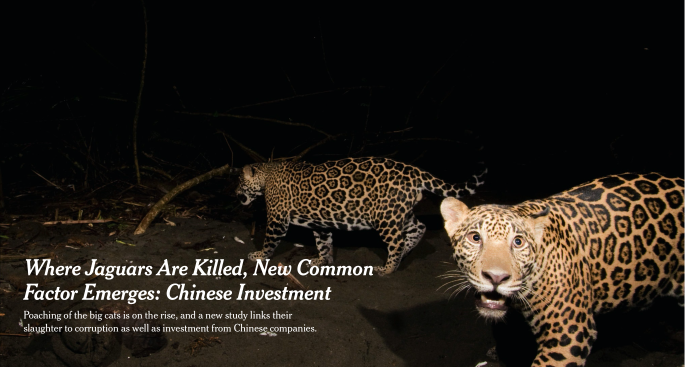 In May 2019, a headless jaguar carcass turned up at a garbage dump in southern Belize. The killing, one in a series of similar incidents, added to local outrage and inspired authorities, private citizens and companies to offer a combined $8,000 reward for information leading to the arrest of the jaguar killer.

More than just a national issue, the graphic killing in Belize seemed indicative of a rise in jaguar poaching across the species’ range, from Mexico to Argentina.

“I suspect for a long time it went unnoticed as authorities simply were not paying attention,” said Pauline Verheij, an independent wildlife crime specialist who has investigated the jaguar trade in Suriname and Bolivia in recent years. “Tackling wildlife crime in most if not all Latin American countries has had zero priority until only very recently.”

For several years, Ms. Verheij and others have warned that the jaguar trade appears to be on the rise, at the same time that the big cats are already threatened with extinction, primarily because of habitat loss and revenge killings for livestock predation. Experts in wildlife trafficking also saw that many of the jaguar cases were linked to Chinese citizens or destinations in China. In Bolivia, for example, authorities intercepted China-bound packages containing hundreds of jaguar canines, which are fashioned into jewelry. But evidence tying these observations together has been scattered and largely anecdotal.

Now, a study published this month in Conservation Biology provides a more complete overview of the illegal trade, bringing together data from all of Central and South America. The findings confirm that seizures of jaguar parts have increased tremendously throughout the region, and that private investment from China is significantly correlated with trafficking of the species.

“For the very first time, we have a big picture of what is happening in Central and South America regarding trade in jaguar body parts,” said Thaís Morcatty, a doctoral student in anthropology at Oxford Brookes University in England, and lead author of the study.

The findings suggest a parallel with poaching patterns seen in Southeast Asia and Africa, in which an increasing presence of businesses from China working on large development projects coincides with increasing legal and illegal wildlife trade, including of big cats.

“What we can learn from this is that the patterns we saw in Asia and then in Africa are now starting to emerge in South America,” said Vincent Nijman, a co-author also at Oxford Brookes University. “If there is demand, it will be fulfilled, even if you go to another continent on the other side of the world.” 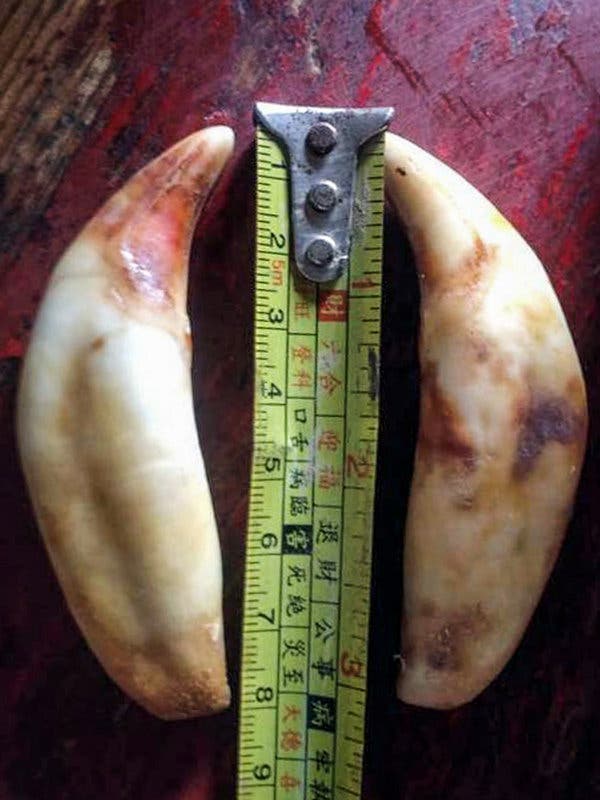 “If we can catch this in the beginning, when trade is just increasing, we can change the course of things before it’s too late,” Ms. Morcatty added.

Jaguars have almost been poached to extinction in the past. During the 20th century, hunting for their fur nearly caused the species to disappear. The U.S. accounted for the majority of the jaguar trade, importing more than 23,000 jaguar skins in 1968 and 1969 alone. With jaguar populations plummeting even in remote regions of the Amazon, policymakers banned the big cats from international trade in 1975.

“In the past, we almost lost jaguars because of a very big hunting pressure in a short amount of time,” Ms. Morcatty said. “It’s taken decades of effort and investment from many countries and institutions to recover jaguar populations.”

Jaguars have slowly clawed back, to an estimated 60,000 to 170,000animals today. But now they are in decline throughout much of their range. While poaching for the illegal trade may not be the primary driver of population losses, it could exacerbate other pressures, Ms. Morcatty said. Ranchers, for example, may be more inclined to kill jaguars on their property if they know they can earn money from the carcasses.

“We shouldn’t let this new threat combine with other threats we already have,” she said.

A similar dynamic is already playing out in Southern Africa. In South Africa, a growing legal trade in the skeletons of captive-bred lions exported to China may have created a new market for poached lion products.

Retaliatory killings of lions that have attacked livestock or people have always occurred in Southern Africa, but now “it’s not just a dead lion that was a problem animal, it’s a dead lion that’s had pieces taken off it and entered into the trade chain,” said Andrew Lemieux, a researcher at the Netherlands Institute for the Study of Crime and Law Enforcement. “There’s lots of money to be made.”