The old silver mining town of Cerro Gordo, Calif., nestled in the high-desert mountains near Death Valley, is one of those. It was purchased in 2018 by two entrepreneurs, who planned to convert it into a “destination for dreamers” — an Instagrammably rustic resort, open to overnight accommodations as soon as this spring.

In March, one of the entrepreneurs, Brent Underwood, left for a trip to the lonely location that was only meant to last a week or two. Instead, a pandemic and then an unseasonable snowstorm hit, making it close to impossible for him to leave. (The next closest town is three hours away by car, and an eight and a half mile drive down a steep washboard road separates the camp from the main highway.)

After months of imposed isolation, Mr. Underwood, 32, said he plans to stay indefinitely. He’s learned to “slow down and let stillness reveal what is most important,” he said. 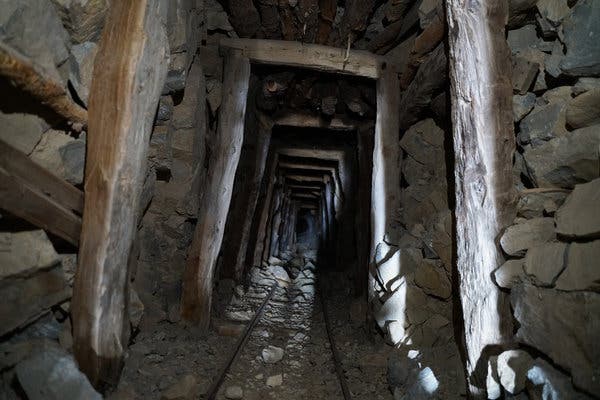 To pass the time, and with limited cell and internet service, Mr. Underwood developed more rustic hobbies. He took up animal tracking, monitoring the activity of a bobcat who appeared to visit his porch nightly, leaving paw prints in fresh powder. He melted snow for potable water. He explored the silver mine tunnels for which the town is famous and found graffiti scrawled into the wall from 1938.

He has also continued to work on repairs. At its most populated, over 4,500 residents lived in Cerro Gordo, but only 22 original structures remain. Two historic homes — known as the Mortimer Belshaw and Louis D. Gordon “mansions,” named after the oil barons who bought out Mexican prospectors in the 1870s — had been converted to modest bed-and-breakfasts by the former owners. Mr. Underwood toggles between both properties, both as resident and renovator.

Out of fear and respect (and social distancing), the few places Mr. Underwood has avoided are the cemetery and the bunk house, which he reports is haunted. (“The longer I’m here the more things happen to me that I can’t explain,” Mr. Underwood said in May. “I was a firm nonbeliever prior to purchasing the property.”)

During the gold and silver rushes of the late 19th century, living in isolation was par for the course, an inevitable cost of the frontier dream. Though this existence was brutal and often boring — not to mention violent, racist and dangerous — the hardship itself has been romanticized within the public’s whitewashed imagination of the Wild West. (It continues to be of endless fascination today: A Reddit forum where Mr. Underwood described the idiosyncrasies of his stay went viral in April, perhaps fueled by many people’s collective boredom or weariness with stay-at-home directives.)

In part, that’s because intense solitude — whether in the 1800s or 2020, in quarantine or in a ghost town — rewires the mind and bends the spirit. It shrinks the distance between a dreamer and their ghosts, forcing a reckoning with one’s own unwieldy thoughts for hours, days and weeks on end. 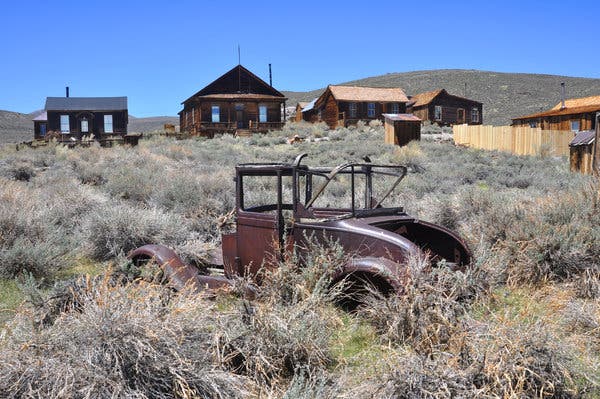