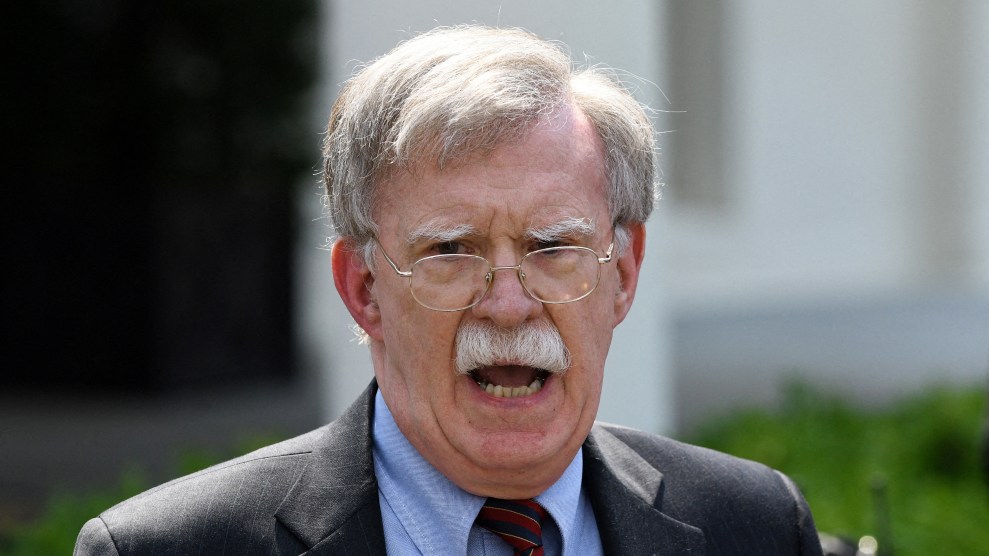 For the past week, former national security adviser John Bolton has been touting his new tell-all book as an indictment of Donald Trump and of the president’s weak-willed surrender to foreign leaders. But rather than indulging in Bolton’s revelations, comedian Stephen Colbert asked the salient question: Why did he ever trust Trump in the first place?

“What I thought in 2016 was, we at least have to try it out,” Bolton, a notorious foreign policy hawk who advocated for the Iraq War, said in an appearance on The Late Show. “And so I voted for Trump. Having experienced 17 months of working with him, I can’t in good conscience do that again, and that’s why I’m not gonna vote for him, and I’m not gonna vote for Biden.”

“I guess what’s exasperating is there is absolutely nothing that Donald Trump has done that is surprising to me,” Colbert replied. “How did you not know beforehand that he was just callow?”

“Because I couldn’t believe it was that bad,” Bolton said. “And I know other people say they saw it from the beginning—”

“But you’re an international negotiator,” Colbert shot back. “How could you be naive? You’ve dealt with the worst people in the world.”

The full video is a delight, with Colbert even managing to get a laugh out of Bolton. Watch it