Charles Webb, who wrote the 1963 novel “The Graduate,” the basis for the hit 1967 film, and then spent decades running from its success, died on June 16 in East Sussex, England. He was 81.

A spokesman for his son John confirmed the death, in a hospital, but did not specify the cause.

Mr. Webb’s novel, written shortly after college and based largely on his relationship with his wife, Eve Rudd, was made into an era-defining film, directed by Mike Nichols and starring Dustin Hoffman and Anne Bancroft, that gave voice to a generation’s youthful rejection of materialism. Mr. Webb and his wife, both born into privilege, carried that rejection well beyond youth, choosing to live in poverty and giving away whatever money came their way, even as the movie’s acclaim continued to follow them.

“My whole life has been measured by it,” he told the British newspaper The Telegraph in 2007, when the couple were living in a drab hotel room paid for by British social services.

Mr. Webb published eight books, including a sequel to “The Graduate,” “Home School” (2007), in which the main characters, Benjamin and Elaine, are grown up and teaching their children themselves. He agreed to publish it only to pay off a 30,000-pound debt, said Jack Malvern, a Times of London reporter who was friendly with Mr. Webb and helped with that deal.

“He had a very odd relationship with money,” said Caroline Dawnay, who was briefly Mr. Webb’s agent in the early 2000s when his novel “New Cardiff” was made into the 2003 movie “Hope Springs,” starring Colin Firth. “He never wanted any. He had an anarchist view of the relationship between humanity and money.”

He gave away homes, paintings, his inheritance, even his royalties from “The Graduate,” which became a million-seller after the movie’s success, to the benefit of the Anti-Defamation League. He awarded his 10,000-pound payout from “Hope Springs” as a prize to a performance artist named Dan Shelton, who had mailed himself to the Tate Modern in a cardboard box.

At his second wedding to Ms. Rudd — they married in 1962, then divorced in 1981 to protest the institution of marriage, then remarried around 2001 for immigration purposes — he did not give his bride a ring, because he disapproved of jewelry. Ms. Dawnay, the only witness save two strangers pulled in off the street, recalled that the couple walked nine miles to the registry office for the ceremony, wearing the only clothes they owned.

Lots of people momentarily embrace the idea of leaving the rat race, like the characters in “The Graduate.” Mr. Webb and Ms. Rudd did it, with all the consequences it entailed. If they regretted the choice, they did not say so.

“When you run out of money it’s a purifying experience,” Mr. Webb told The Times of London after the couple moved to England. “It focuses the mind like nothing else.” 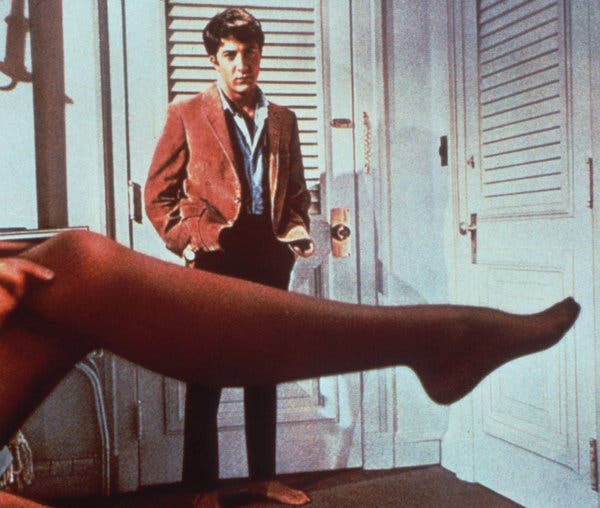 Charles Richard Webb was born on June 9, 1939, in San Francisco, and grew up in Pasadena, Calif. His father, Dr. Richard Webb, was a heart specialist, part of a wealthy social circle like the one Charles would skewer in “The Graduate.” (Charles described his relationship with his father as “reasonably bad.”) His mother, Janet Farrington Webb, was, he said, a socialite and an avid reader from whom he “was always looking for crumbs of approval.” He said “The Graduate” was an attempt to win her favor; it went decidedly wrong.

Charles went to boarding school and then to Williams College in Massachusetts, where he earned a degree in American history and literature in 1961. He said his schools had been “chosen” for him “on the basis of how it looked.” A mediocre student, he nonetheless managed to win a two-year writing fellowship, which he used to write “The Graduate.”

While at Williams, he met Ms. Rudd, a Bennington College student. She was a former debutante from a family of teachers with a bohemian streak — her brother was the avant-garde jazz trombonist Roswell Rudd — and they both rejected the bourgeois worlds of their families. Their first date, they told interviewers, was in a cemetery.

Their romance, and her mother’s disapproval of him, became the basis for “The Graduate.” The inspiration for the character Mrs. Robinson, who seduces young Benjamin, may have come from one of his parents’ friends, whom he accidentally saw naked.

Reviewing the book in The Times, Orville Prescott called it a “fictional failure” but favorably compared its protagonist to Holden Caulfield of “The Catcher in the Rye.”

With its mumbling ennui and conversations that do not connect, the novel captured the moment just before the repressed Eisenhower era blossomed into the Technicolor 1960s. The characters are not idealistic; they’re groping for ideals, their flight from their parents’ values and lifestyles more solitary than collective. In the last pages, Benjamin and Elaine are alone on a bus, shaken, heading into a future that is opaque to them. Hello darkness, my old friend.