On Jaan Uhelszki’s first day at Creem magazine in October 1970, she met a fellow new hire: Lester Bangs, a freelance writer freshly arrived from California to fill the post of record reviews editor. His plaid three-piece suit made him look like an awkward substitute teacher, she thought, and certainly out of place among the hippies and would-be revolutionaries using the publication’s decrepit Detroit office as a crash pad.

Uhelszki, still a teenager, was majoring in journalism at nearby Wayne State University, and had been sent to the fledgling rock magazine by editors at the student newspaper. “They said with a sneer, ‘We can’t publish you, you don’t have any clips, but Creem will publish anybody, why don’t you go walk down the street,’” Uhelszki said in a phone interview. “So my first clips were Creem. I started at the top.”

She’d arrived at the headquarters of “America’s Only Rock ’n’ Roll Magazine,” as Creem’s front covers would soon proclaim. What began as an underground newspaper soon evolved under Bangs, the editor Dave Marsh and the publisher Barry Kramer into a boisterous, irreverent, boundary-smashing monthly that was equal parts profound and profane. During his half-decade at Creem, Bangs would publish many of the pharmaceutically fueled exegeses that made him “America’s greatest rock critic” — including his epic three-part interview with his hero/nemesis Lou Reed. By 1976, it had a circulation of over 210,000, second only to Rolling Stone.

The magazine’s roller-coaster arc and its lasting impact on the culture is the subject of a spirited new documentary directed by Scott Crawford, “Creem: America’s Only Rock ’n’ Roll Magazine,”which Uhelszki co-wrote and helped produce. The film opens Friday for virtual cinema and limited theatrical release, and comes to VOD on Aug. 28.

As a teenager, Crawford bought old issues of Creem from used bookstores near his home outside Washington, D.C. His first film was “Salad Days,” a 2014 documentary about the city’s hardcore punk scene.

“I was aware of the personalities involved,” he said of the Creem crew. “I’d heard stories over the years of their fights, literal fistfights, so I knew that this would make for a hell of a film because in addition to how much they contributed to music journalism, a lot of the writers were just as interesting as the artists that they covered.”

The documentary traces how Creem’s high-intensity environment mirrored that of the late 1960s Detroit rock scene, which was centered around the heavy guitar assault of bands like the MC5, the Stooges and Alice Cooper. Barry Kramer, a working-class Jewish kid with a chip on his shoulder and a volatile temper, was a key local figure: He owned the record store-cum-head shops Mixed Media and Full Circle.

“I liked Barry a great deal, and in fact I wanted him to manage the MC5,” the band’s guitarist Wayne Kramer, who is not a relation, said in a phone interview. (He also handled original music for the film.) “He had a vision and saw ways that this emerging counterculture could be monetized.” 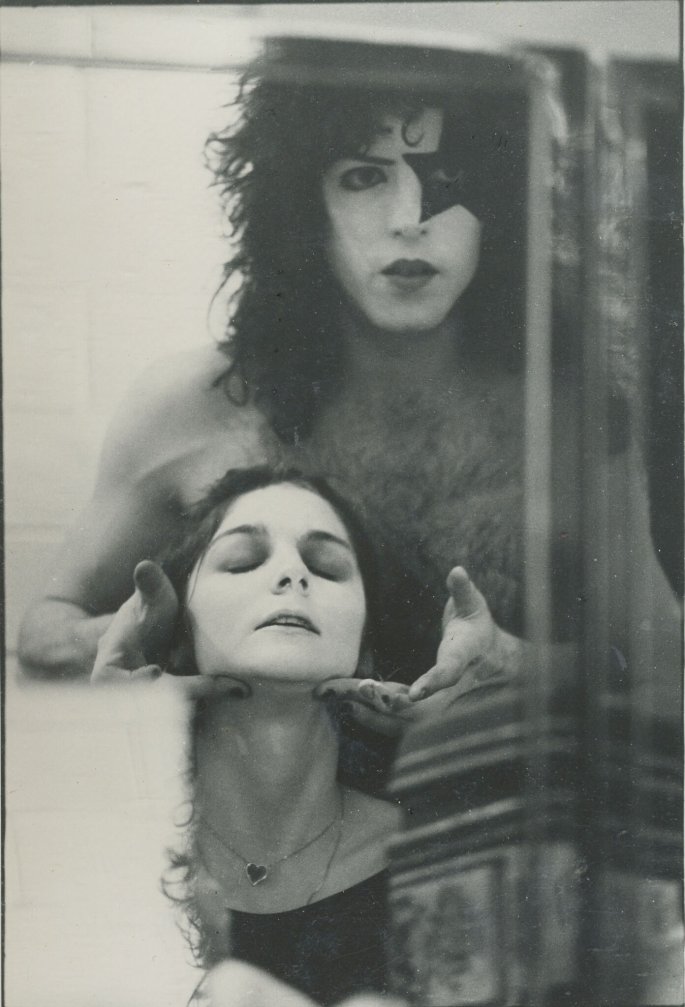 Jaan Uhelszki with Paul Stanley from Kiss while working on her hands-on story. Credit…Barry Levine

The original idea for Creem came from a clerk at Mixed Media, Tony Reay, who persuaded Barry Kramer to put $1,200 into the venture, which began in March 1969. When the cartoonist Robert Crumb wandered into Mixed Media in need of cash, Reay offered him $50 to draw the cover of issue No. 2. Crumb’s illustration included an anthropomorphized bottle of cream exclaiming “Boy Howdy!,” which became the magazine’s mascot and catchphrase.

Reay soon departed over creative differences, and the magazine briefly took on a more political flavor, thanks to Marsh, a 19-year-old Wayne State student. The arrival of Bangs in 1970 was explosive.

“They both had different ideas of what Creem should be,” Uhelszki said. “Lester just saw us as bozo provocateurs, and David wanted it to be a more political magazine and saw us as foot soldiers of the counterculture.”

In 1971, a robbery at the Cass Corridor offices spurred Barry Kramer to move the magazine to a 120-acre farm in the rural suburb Walled Lake. The staff lived there communally for two years: sharing three rooms and one bathroom, working and socializing around the clock amid a menagerie of dogs, cats and horses. In the film, Uhelszki reveals that a trip to the bathroom in the middle of the night meant possibly encountering Kramer and getting a lecture about copy while half-awake, and that Marsh once deposited wayward excrement from Bangs’s dog onto Bangs’s typewriter.

“We had rolled out into the driveway,” Marsh recalls of the ensuing fistfight, “and I got my head smacked into an open car door. That’s OK, he wasn’t trying to hurt me, he was just trying to win.”