Charlie Parker’s brief swing through this world kicked off a century ago on Saturday with his birth in Kansas City, Kan. Eleven years later, he would take up the saxophone. A couple of years after that, inspired by the hot bands tearing up K.C. in the ’30s, the man who was later known as Bird dedicated himself to his instrument, the alto, woodshedding for 11 to 15 hours a day, he would later say.

A decade later, the complexity, beauty and “tommy-gun velocity” (as Stanley Crouch once put it) of his improvisations would hasten jazz’s departure from the dance hall. With his bebop cohort of Dizzy Gillespie, Max Roach and others, Bird declared “Now’s the Time,” thrilling audiences and scarifying critics, who mostly took a while to catch up to the advanced harmonics and polyrhythms. His brash modernism jolted New York and then the world.

And then, just 34 years into a life of epochal consequence, Parker died, his body ravaged by appetites as outsized as his genius.

In the decades since, his influence has never waned, even as the modern music he created evolved restlessly in his absence. Recent tribute recordings come from the patron saint of the avant-garde, via Anthony Braxton’s 11-disc archival treasure “Sextet (Parker) 1993,” and the heart of the mainstream, with the Italian guitar phenom Pasquale Grasso’s “Solo Bird” EP from Sony Masterworks.

Birdland, the club that bears Parker’s name — and once banned the sometimes unreliable master from its stage — remains an institution, updated for the age of streaming, and the annual Charlie Parker Festival, a free summer tradition since 1992, promises to return whenever live music lives again.

Jazz thrives most fully in live performance — now’s the time, after all. But there’s plenty of Parker (and Parker-inspired) art to thrill us at home, too. (All times listed for live events are Eastern.)

Revised in 2013, Gary Giddins’s slim study (first published in 1987) remains the best single-volume examination of Parker’s life and art, a welcome corrective to sensationalist works like Ross Russell’s 1965 biography “Charlie Parker: His Life and Hard Times.” As focused as a Bird solo on a Savoy 78, Giddins eschews myth and romance in favor of facts and achievements. He emphasizes Parker’s breakthroughs — what they meant, how they came about and why they still resonate — rather than his addictions. Listening to Parker’s 1945 recording of “Ko Ko” after reading Giddins’s explication feels like bearing witness to the birth of modern jazz. 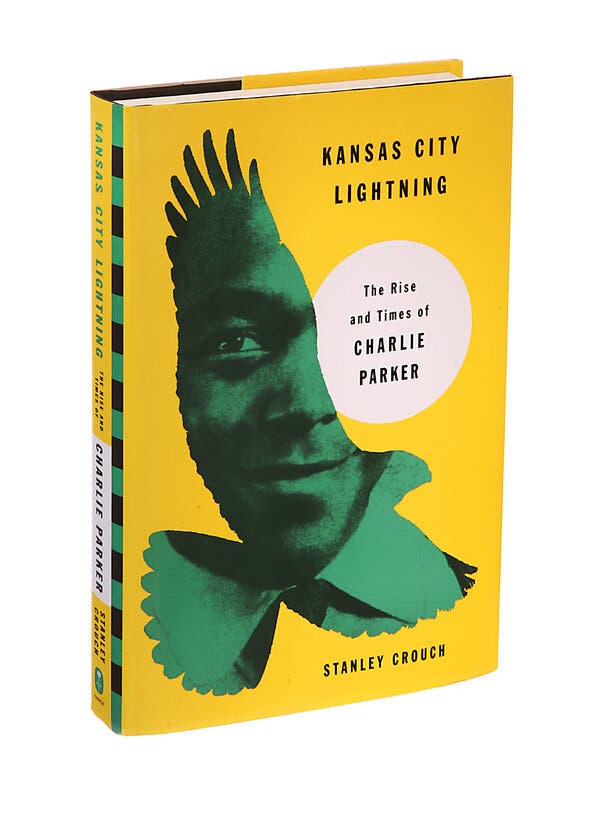 “Kansas City Lightning: The Rise and Times of Charlie Parker”(Harper-Collins)

Less a biography than an incantation, the first volume of Stanley Crouch’s decades-in-the-making Bird portrait ends before bebop’s invention. But its seeds are planted in uncommonly rich soil. Drawing on his own interviews with Bird’s contemporaries, Mr. Crouch summons up the milieu in which Parker flourished, evoking Harlem’s Savoy Ballroom and Kansas City’s gangland club scene with novelistic detail and a critic’s understanding of the individual artist’s relationship to the culture. Mr. Crouch centers the Blackness of Bird, his collaborators, and his audience with singular perceptive power — and virtuoso patter. (Here’s David Hadju’s review for The Times.)

Dave Chisholm, the writer and artist of this extraordinary new graphic novel, has crafted a penetrating work of biographical art that rejects the often reductive portrayal of a harrowed, joyless Bird in popular fiction and film. “Chasin’ the Bird” instead presents anecdotal glimpses of the man from a variety of perspectives, often in searching conversation about art, music and philosophy with Angelenos circa 1947. This polymath Parker extols Bach, contemplates physics and feels stunned when confronted with ancient Egyptian art. He disappoints Dizzy Gillespie, who had brought him west for a string of dates, and shoves a young John Coltrane onto the path to transcendence. Mr. Chisholm runs the changes as an artist, drawing in a variety of styles, but his panels of Bird blowing his horn are ecstatic eruptions of fractals.

Tragically, only two filmed Parker performances have been discovered, and one of those finds the musicians miming along to a prerecorded track rather than actually playing. (Bird looks both amused and bored by the exercise.) This dash through Tadd Dameron’s composition “Hot House,” then, stands alone. Bird, Gillespie and the pianist Dick Hyman swap fleet, fiery solos. The cameras move more than Parker does — bless the operator for the zoom in on Bird’s fingers. This occurred on Mr. Hyman’s TV show on the New York-based DuMont Television Network. In 2010, Mr. Hyman said, “As soon as Parker began a solo, you’d feel as though a current was turned on in your body.”

Where to start with the tangled discography of a midcentury giant in the age of Spotify? It’s rare in jazz for the latest lavish box set to serve as an enticing entry point, but Craft Recordings’ recreation of Bird’s dazzling first bebop releases for Savoy Records, recorded between 1944 and 1948, boils Parker’s breakthroughs to their essence — you hear, in smartly upgraded sound, nothing but the performances (“Ko Ko,” “Warmin’ Up a Riff,” “Parker’s Mood,” “Ah-Leu-Cha”) that changed the world. It’s a dip into the headwaters of modern music.

Don’t let that “complete” throw you. Loving jazz doesn’t demand endeavoring to become some kind of archivist. Parker’s official recordings from 1944 to 1948 run the length of just three CDs but offer lifetimes of pleasure and revelation. This 2002 edition, available to stream, is uncluttered with the scraps from the apple — alternate takes and repetitious bonus tracks — that collectors prize. “The Complete Verve Master Takes,” surveying Bird’s early ’50s work including his sessions with strings, is also streamlined but less consistently superior.