Skip to content
An old amigo of Colin Mitchell 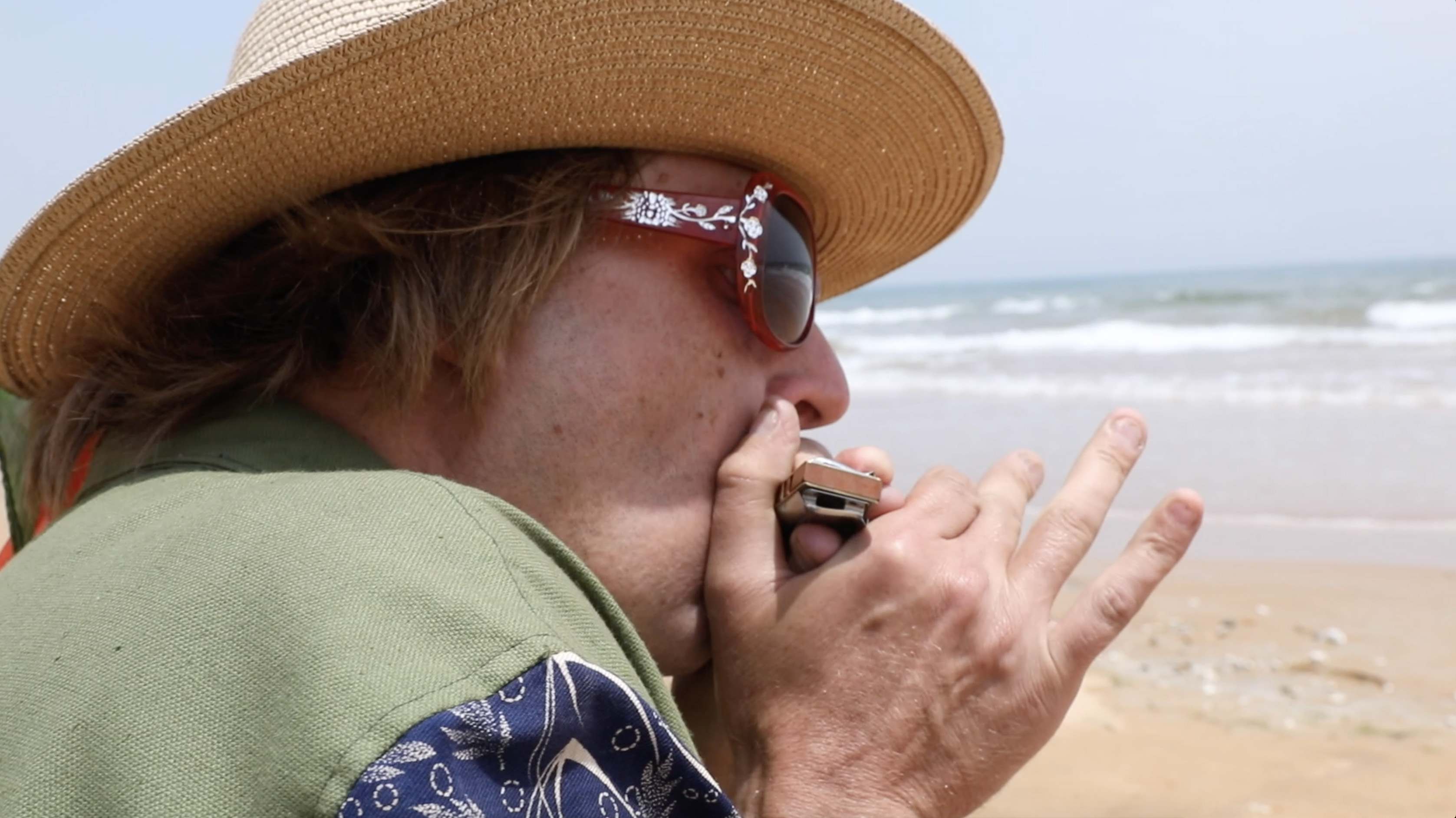 ~~~  WATCH  ~~~
Hippie, American, and translator of Tao Te Ching?
For an average Chinese, these traits are hard to imagine in one person. But for the Chinese friends of Gar Charles Kerbel, an American who goes by the Chinese name Dai Ling, these are characteristics that make him an interesting character.
It is not easy to get a hold of Dai Ling. Living in the depths of Xiaozhushan, an area of little-known hills and mountains in the southwest part of Qingdao City, east China’s Shandong Province, he sticks to a life without smartphones or mobile navigation. Being in the mountains, he contends, also helps him keep a clear mind, which, when it comes to understanding and translating an ancient China’s philosophical classic such as the Tao Te Ching, makes a lot of sense. 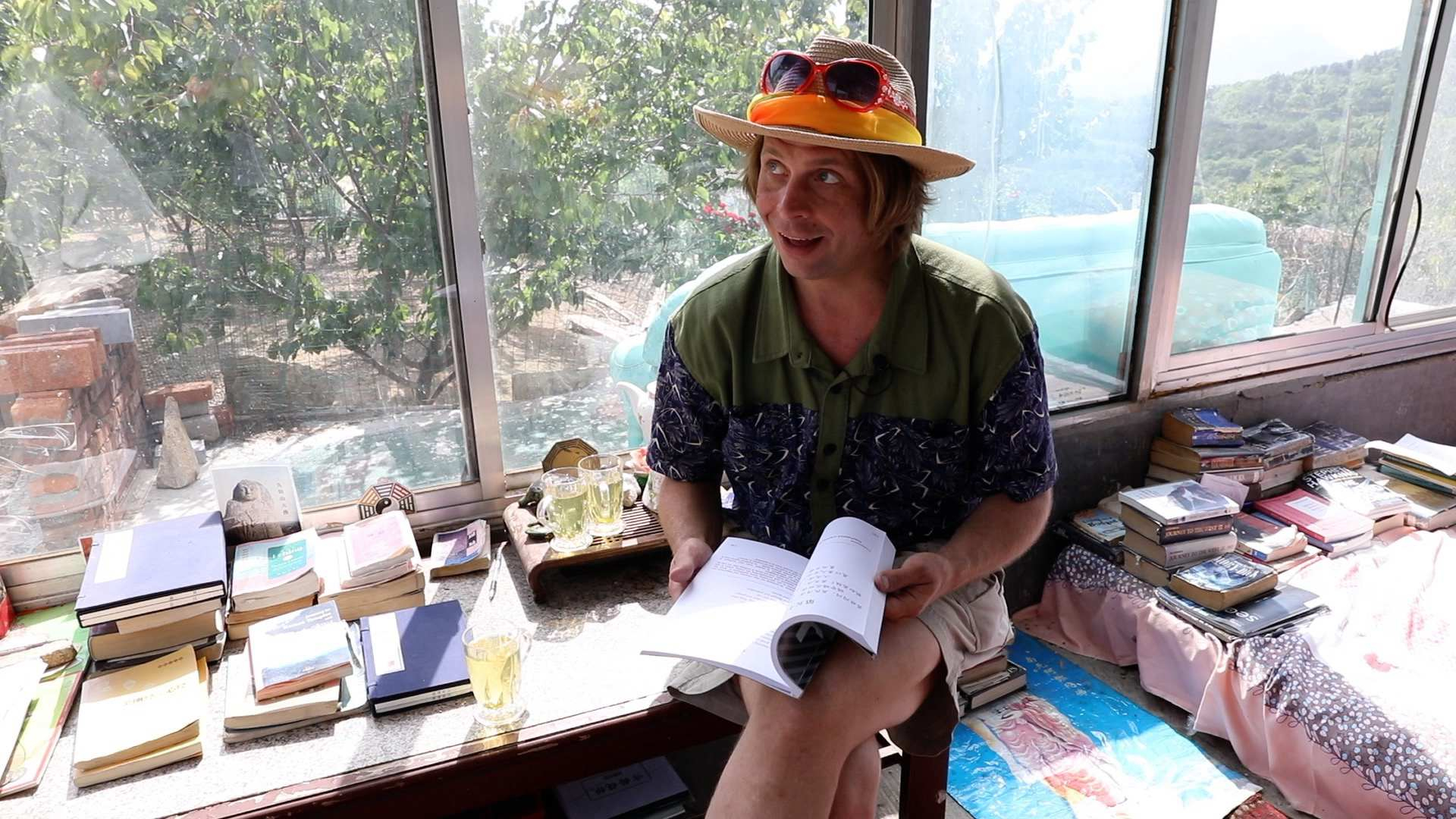 Dai Ling talks about his version of the Tao Te Ching translation. /CGTN Photo
Dai Ling first started translating the Taoism classic as a means to study Chinese, but slowly and steadily he managed to finish the translation in 10 years, confident that his modern international English version of the Tao Te Ching stands out from the other translations that are either written in outdated English or by non-native English speakers.
Interestingly, when asked about his understanding of Taoism, Dai Ling said there was really no way to answer the question, as he believes it is the teaching of no words. But he is nonetheless excited to share his discovery that some principles within the Tao Te Ching match up perfectly with modern science. 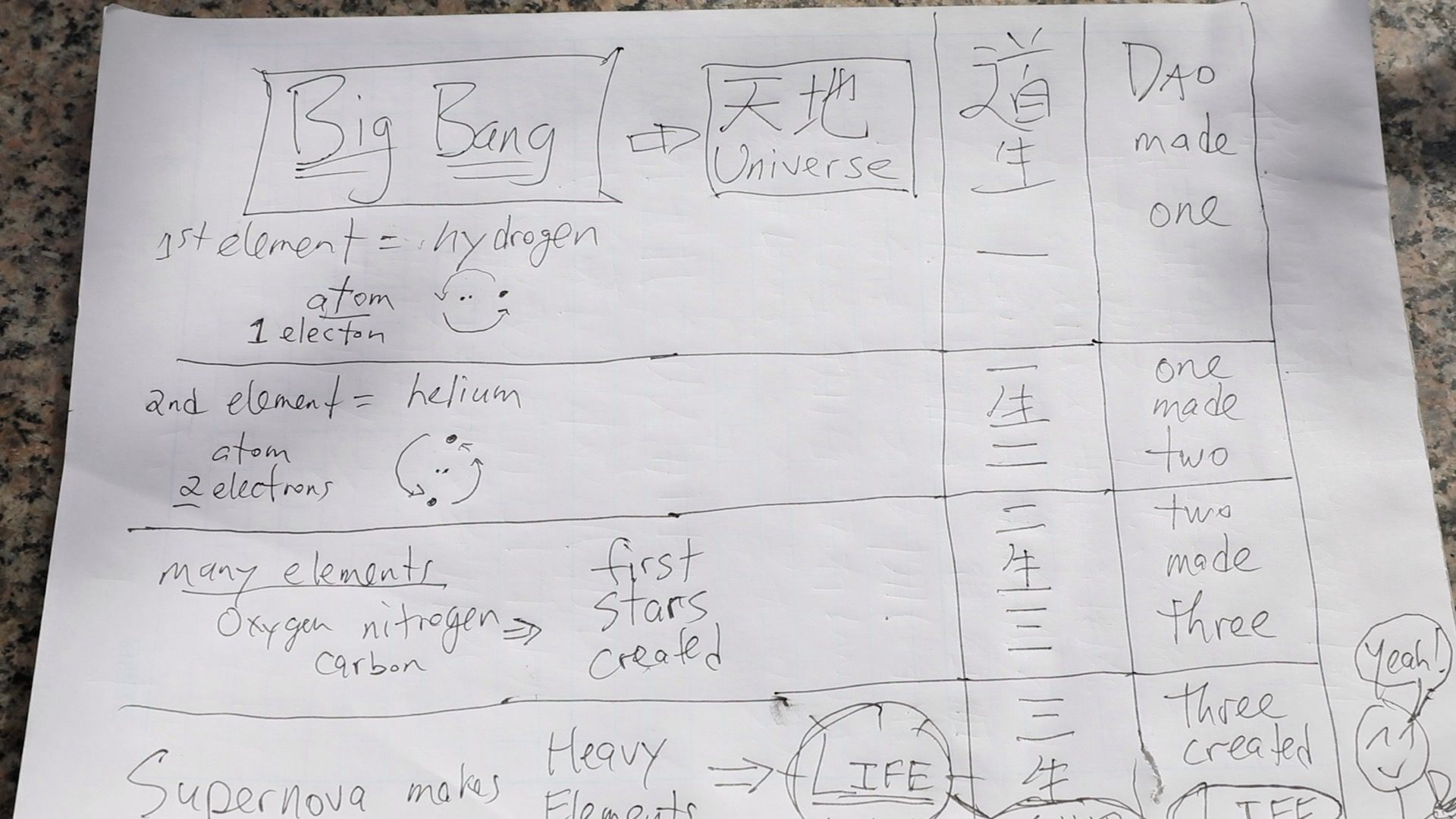 Dai Ling’s drawing about what he believes to be the correlation between Tao Te Ching and modern science. /CGTN Photo
“
For instance, now we know every atom is composed of quarks, and all modern scientists agree that every quark in the universe disappears about a trillion times every second and then re-appears, but 2,500 years ago Lao Tsu said nothingness or non-being create being, being created Dao, Dao made one, one made two, and three made the ten thousand myriad things. So Lao Tsu was correct, because every quark disappears and everything comes from non-being. And modern science says big bang made the first element hydrogen, which has only one electron, and then hydrogen electrons created the second element helium, which has two electrons, and after helium, a supernova created heavy elements and life.”
Dai Ling first came to China as an English teacher and settled down in Qingdao city after his original plan to go to Qufu to study Confucius failed due to a lack of jobs. Perhaps he sees himself more as a hippy than a hermit. He and his drummer friend — a band called the Tsingtao Duos — have translated their love for the city and Chinese philosophy into a few songs they will soon publish. 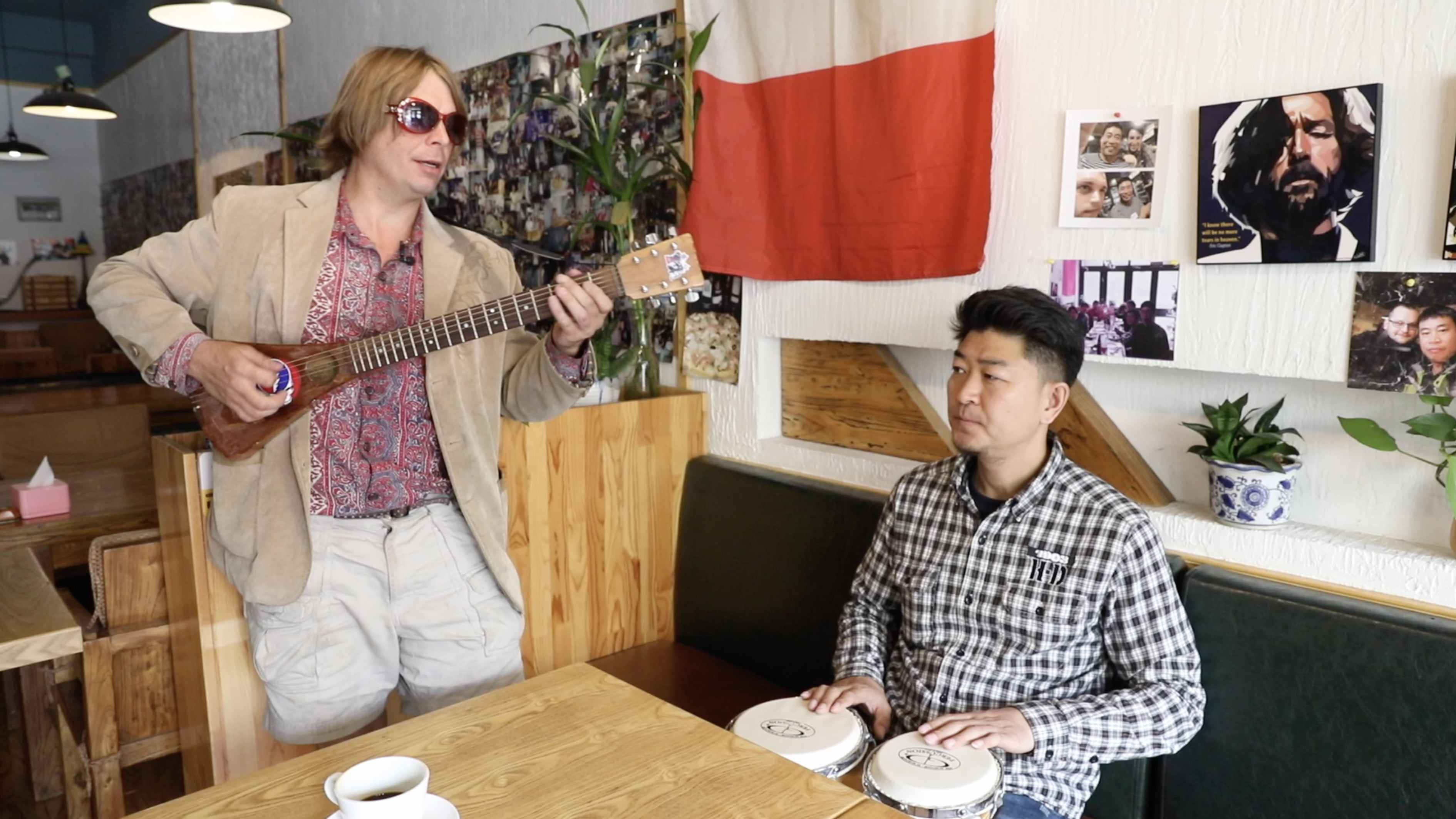 ~~~ WATCH  ~~~
Having finished translating the Tao Te Ching, Dai Ling said he has been approached by Kong Lingshao, the 76th generation descendant of Confucius, for a new translation of the Analects of Confucius, an opportunity that he is very thrilled about.

One thought on “The hippie American translator: I am rather fluent in ancient Chinese ~China Global Television Network”