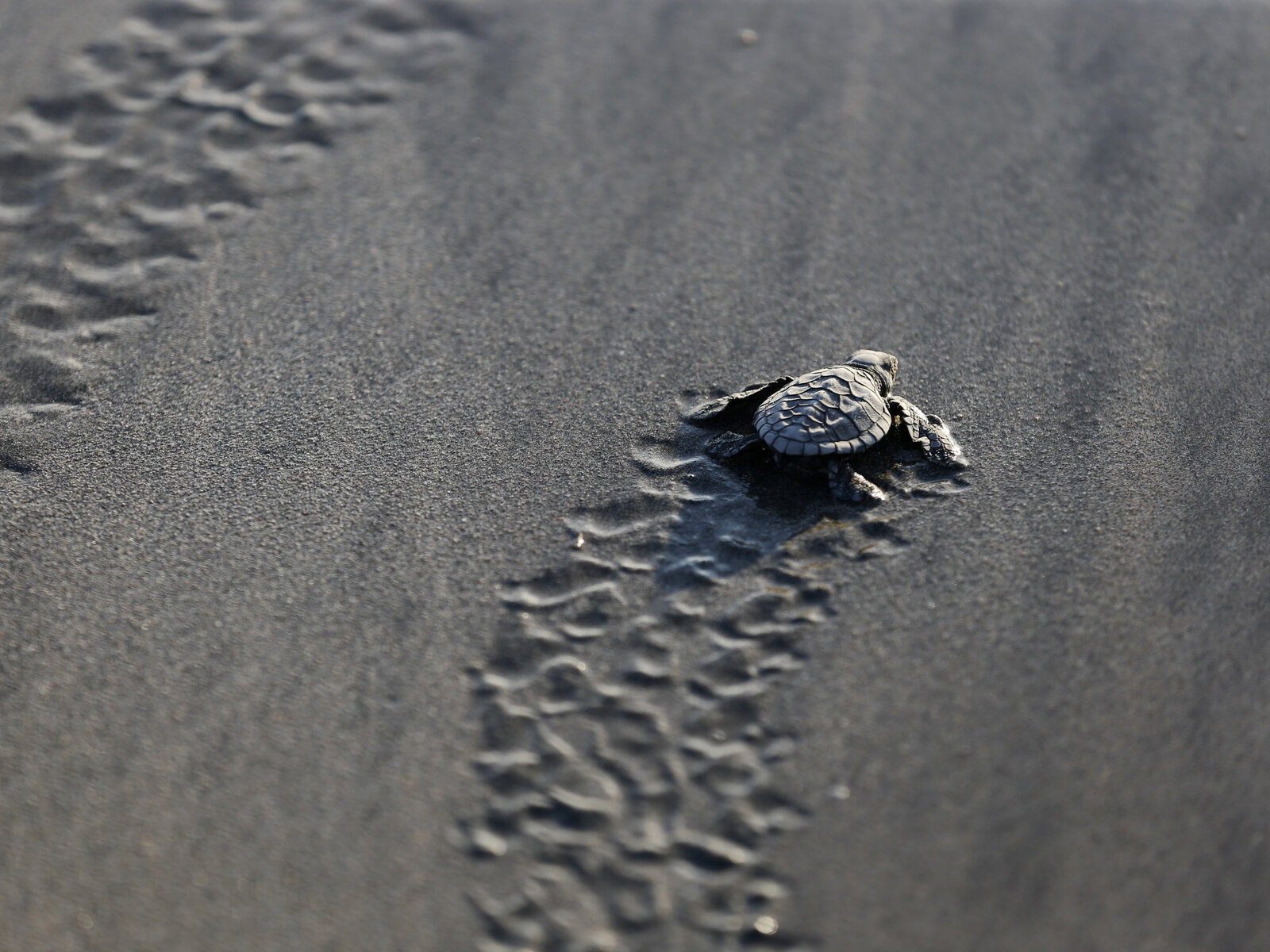 A baby turtle is released into the ocean in Bali, Indonesia, Tuesday, June 9, 2020, part of a campaign to save the endangered Lekang sea turtles. (AP Photo/Firdia Lisnawati)Firdia Lisnawati/AP

Human activities have caused the world’s wildlife populations to plummet by more than two-thirds in the last 50 years, according to a new report from the World Wildlife Fund.

The decline is happening at an unprecedented rate, the report warns, and it threatens human life as well.

“The findings are clear,” the report states. “Our relationship with nature is broken.”

The Living Planet Report 2020 report drew on wildlife monitoring of more than 4,300 different vertebrate species – animals, fish, birds and amphibians – from around the world. It found that population sizes for those monitored species declined by an average of 68 percent from 1970 to 2016.

In the American tropics, including the Caribbean and Latin America, population sizes decreased by a staggering 94 percent.

Forest clearing for agricultural space was the predominant cause of the decline, the report says, noting that one-third of the planet’s land is currently being used for food production. Human-caused climate change is another growing driver.

“We can’t ignore the evidence – these serious declines in wildlife species populations are an indicator that nature is unraveling and that our planet is flashing red warning signs of systems failure,” wrote Marco Lambertini, Director General of World Wildlife Fund International.

The 83-page document, a collaboration with the Zoological Society of London, joins a growing and ominous list of academic research and international reports warning that human activities are causing a steep decline in global biodiversity.

The United Nations published a sweeping report last year cautioning that 1 million of the estimated 8 million plant and animal species on the planet are at risk of extinction, many within decades, because of human activities. It made a similar plea for people to care, punctuated with a warning:

A subsequent United Nations report, published in July of this year, warned that biodiversity loss, and humans’ destruction of nature, would lead to an increase in animal-to-human diseases, like COVID-19. The pandemic has also reportedly contributed to an increase in deforestation in some parts of the world, amplifying the risk.

Scientists have long-warned that the world is entering a sixth mass extinction, driven by humanity’s consumption of wildlife and wild spaces, and the burning of fossil fuels. Global warming will also cause ecosystems to shift faster than some species can adapt.

Actions can be taken to slow the decline. An article published Thursday in the journal Nature outlined steps that the global community could take to “bend the curve” on biodiversity loss. People could rapidly cut greenhouse gas emissions, avoiding the worst climate change scenarios; vast tracts of land and sea could be conserved; damaged areas could be restored; and food production practices could evolve to lighten its impact on existing ecosystems.

The World Wildlife Fund’s report says the planet’s ecosystems only have a limited ability to regenerate, a process that it says is essential to all life on Earth.

The report’s authors compared ecosystems’ ability to regenerate with the ever-growing human population and found an ecological imbalance.

“The human enterprise currently demands 1.56 times more than the amount that Earth can regenerate,” the report says.