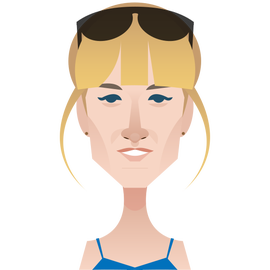 The maverick country-folk singer Jerry Jeff Walker was born in 1942 in Oneonta, a small city in upstate New York,

near the northernmost boundary of Appalachia. His parents, both local square-dance champions, gave Walker the slightly less swashbuckling name of Ronald Clyde Crosby. He changed it in the early nineteen-sixties, shortly after going awol from the National Guard and embarking upon a hitchhiking odyssey around America; Walker settled in Greenwich Village, with hopes of becoming a folksinger. It’s possible that there was something about the tumult of the era that nurtured or encouraged this sort of brazen, don’t-look-back reinvention—but one gets the sense that Walker was simply born with an outlaw heart. He died last Friday, in Austin, Texas, of complications from throat cancer, at the age of seventy-eight.

Walker recorded more than thirty LPs in the course of his career, but is best known for “Mr. Bojangles,” a song about a silver-haired, down-and-out showman Walker met while cooling off in a drunk tank in New Orleans. Though the lyrics are mostly celebratory—Mr. Bojangles laughs, clicks his shoes, “danced a lick across the cell”—the song is still suffused with a kind of gnawing melancholy; we are meant to understand that there is something spiritually crushing about the arc of Bojangles’s life. “Mr. Bojangles” was a hit for the Nitty Gritty Dirt Band, in 1971, and a beloved staple of Sammy Davis, Jr.,’s set (“I cannot do a show without including this song,” Davis said, in 1985); it was recorded by Bob Dylan, Nina Simone, Whitney Houston, John Denver, and Neil Diamond. Walker’s own recording of the song, from 1968, was powerful enough to secure him a record deal, and, in the early seventies, he signed and moved to Austin.

Texas suited Walker. His songs were looser and more rambunctious than what many of his folk-revival counterparts were doing in New York, and he seemed more at ease in honky-tonks of ill repute than he did in the hipster cafés of the West Village. Walker was a ferocious drinker—indefatigable, by all accounts, in his desire for oblivion. “Greased by drugs and alcohol, I was also raising the pursuit of wildness and weirdness to a fine art,” he wrote in his memoir, “Gypsy Songman.” “I didn’t just burn the candle at both ends, I was also finding new ends to light.”

Walker started hanging around the Armadillo World Headquarters, an abandoned armory that became a music hall and a beer garden in downtown Austin, and he got to know Willie Nelson, Waylon Jennings, Kinky Friedman, and Guy Clark—rebellious, self-styled country songwriters working outside the confines of the Nashville machine. Walker’s recording of Clark’s “L.A. Freeway,” which Walker included on his self-titled 1972 album, is extraordinary. It might be the best song I’ve ever heard about taking off and not looking back:

Pack up all your dishes
Make note of all good wishes
Say goodbye to the landlord for me
Sons of bitches always bore me
Throw out those L.A. papers
Moldy box of vanilla wafers
Adios to all this concrete
Gonna get me some dirt road back street

Walker’s voice is rough, straining, and gorgeous. “L.A. Freeway” is about a fantasy of freedom (“Down the road in a cloud of smoke / For some land that I ain’t bought, bought, bought”), but it is also about actual freedom—the heady and thrilling realization that you have had enough of something. If you, like me, have never felt entirely certain about anything, hearing Walker announce “We’ve got something to believe in / Now don’t ya think it’s time we’re leavin’?” can feel like a kind of divine mandate to follow your heart at all costs.

Walker is survived by Susan Streit, his wife of forty-six years, who also worked as his manager. In 2018, an interviewer asked Streit about her first impressions of her husband. She and Walker met in 1972, at a gathering in her living room. Walker kept wandering over to the record player and replacing Streit’s music—she was playing the Rolling Stones’ “Let It Bleed”—with a test pressing of his own album. The label had recently asked him to listen back to it, but he didn’t have a turntable of his own. “So were there sparks between you instantly?” the interviewer asked.

“Oh yeah, but not the good ones,” Streit answered.

“I had to admit that I needed someone,” Walker said. “Which I didn’t want. I didn’t want the complications of it, but I did need help.”

He and Streit married in 1974, and have two children and two grandchildren. Walker finally got clean in the nineteen-eighties, but he never stopped making music. In 2008, the singer and songwriter Nanci Griffith briefly put together an all-star band, including Walker, Clark, Steve Earle, Rodney Crowell, Jimmie Dale Gilmore, and Eric Taylor. The group appeared on “Late Night with David Letterman” to perform“Desperados Waiting for a Train,” one of Clark’s songs. “Here’s where we’re going to straighten your life out,” Letterman says in his introduction. “Just listen to the song and everything will be fine.” Walker was the first to record “Desperados,” for his 1973 album “Viva Terlingua,” and he takes the first verse on “Letterman.” Walker was sixty-six then, but his voice sounds as heavy and full as ever. It’s treacherous to romanticize the sorts of sad-eyed, luckless characters Clark and Walker wrote about—heartsick, defeated men who found themselves tyrannized by industry, drugs, women—but there is nonetheless something deeply kind in the way that Walker embodied, without judgment, the hard-up and wanting.

My favorite Walker record is “Walker’s Collectibles,” which he released in 1974. It does not appear to be readily available on streaming services, which is fine by me; it’s one of a handful of records that I am certain sounds better—richer, more like itself—on vinyl. The album includes a cover of “Well of the Blues,” a song by Gary P. Nunn. At the time, Walker had not yet got sober, and it appears as if he might’ve recently chugged several gallons of rotgut liquor, and woken up to regret it. “Well of the Blues” is a song about getting sad and trying to bung the holes in your soul with booze. The arrangement is spare—an organ, some piano, some guitar, a hint of percussion, backing singers, a saxophone—and Walker’s performance is magnificently slow, though it never sounds labored. “The well of the blues, oh, it never runs dry,” Walker growls. “It never gets full enough of whiskey and rye.” There are a lot of very good songs about desperation, or about feeling as if the slog of life has simply become too much to bear, but it is rare to hear a singer sound this compassionate about the whole mess. I don’t know how to describe it, exactly, but something in Walker’s voice radiates a kind of profound, primal empathy—he has been wherever you’ve been, and he gets it. This makes Walker the perfect companion for nights when you might be feeling certain sorrows acutely. He will stay by your side and show you a way back.