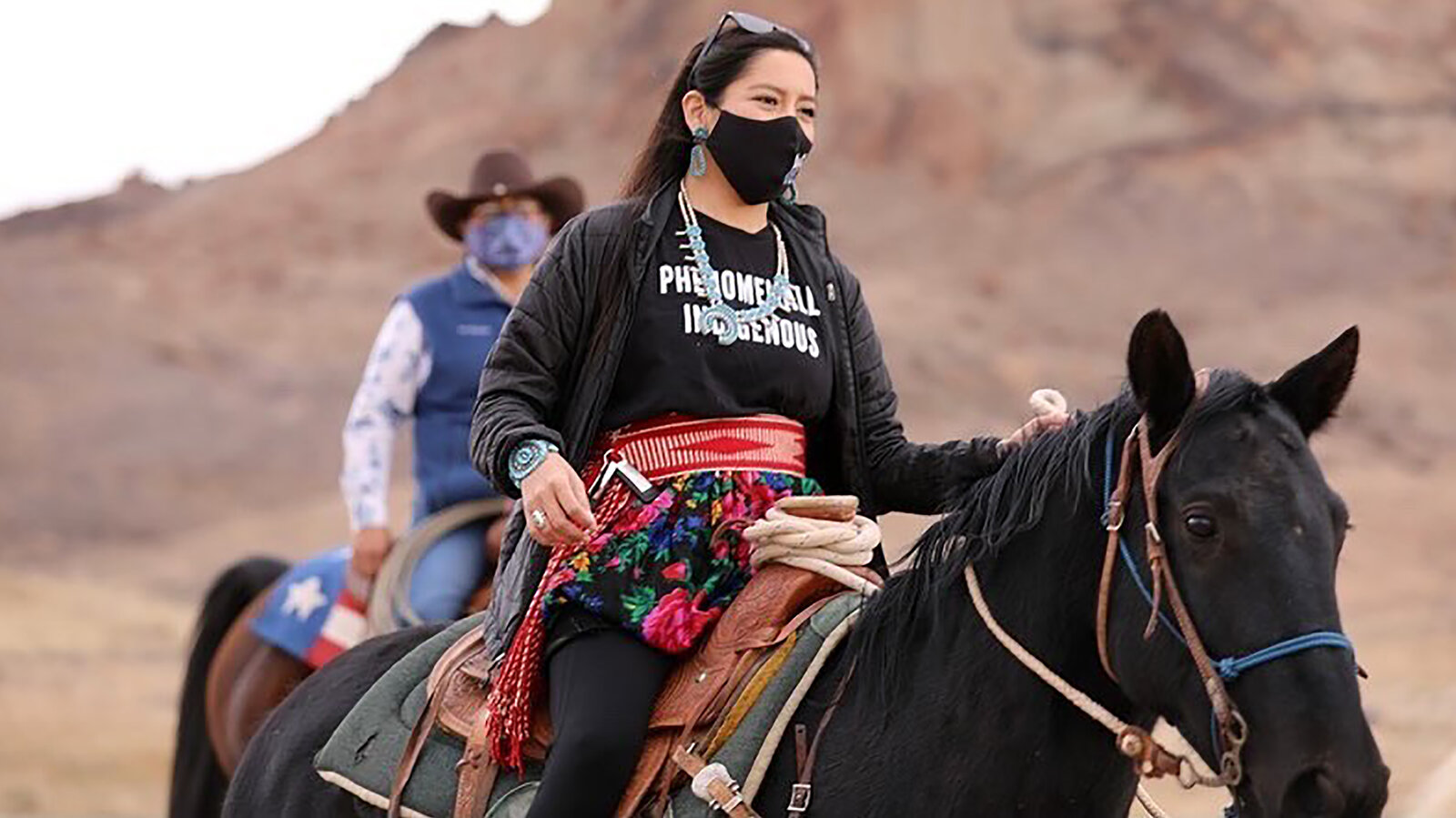 Allie Young, a Diné woman on the Navajo Nation in Arizona, is among a group of Native Americans riding on horseback to the polls on Election Day.Larry Price/AP

For nearly 30 years, Arizona has been a steady and unassailable red.

The Republican stronghold last voted for a Democrat for president in 1996 when Bill Clinton was reelected. Donald Trump won Arizona in 2016 by 4 points. And yet this year, despite a tight contest, The Associated Press and other news outlets including CNN, The New York Times and The Washington Post, have all called Arizona for Joe Biden.

Along with the changing demographics of the state, some analysts are pointing to the role of the Navajo Nation in pushing the state blue.

According to Vox, 60% to 90% of the Navajo Nation’s roughly 67,000 eligible voters voted for Biden. Biden is currently leading in Arizona by less than 12,000 votes.

Members of the Navajo Nation often face high barriers to voting. Many people are not assigned a physical address and are unable to register to vote. Tara Benally, field director for the Rural Utah Project, described to NPR’s Mary Louise Kelly about how the organization managed to register 4,000 Native American voters in Arizona.

The project worked with Google to provide GPS coordinates in lieu of physical addresses. Organizers also left thousands of Ziploc bags with voter registration forms on the doors of Native American voters to avoid the spread of COVID-19.

Hoping to increase young Native American voter turnout, Allie Young, a 30 year-old member of the Navajo Nation, started “Ride to the Polls” in October. According to The Washington Post, she led groups of voters, ranging in age from 18 to 30, 10 miles on horseback to reach polling stations in Kayenta, Ariz.

COVID-19 has wreaked havoc on the Navajo Nation. In May, the tribe’s coronavirus infection rate became thehighest in the country. It lost many elders, who carried traditions. The Navajo community is once again facing uncontrolled spread of the virus.

Reflecting on the Navajo people’s unprecedented turnout, he said: “I appreciate meeting with Joe Biden and Kamala Harris in Phoenix. … [We had] a dialogue, and I think those types of events really inspired the Native American voters to come out to the polls and cast their votes for change.”